I rush through the empty streets of London on my way to King’s Cross station, battling sleep at 6am, in order to catch the earliest train to York. Google Maps says Yorkshire is in north-east England so I take a thicker jacket, following a mental rule I have set for myself: “the further north, the colder”.

As usual, I sleep through the whole train journey. As I wake up, I look from the train window to see that the sun has graced the day with an assertive presence, casting its rays over the beautiful landscape of York. As I walk out of the station, I’m greeted with the warmth of the familiar faces of my colleagues and friends, scholars studying in different universities across the UK. We catch up quickly while boarding a bus heading to Pickering, where the Whitby steam train adventure begins.

I have always been an avid fan of trains, so seeing a vintage steam train up close was incredibly delightful for me. As the steam blows from the train, I am reminded of a movie scene that is dear to my heart, Harry Potter’s train ride from King’s Cross to Hogwarts. I chuckle a little over the connection that my mind has just painted and I feel so lucky to witness so closely all the things I have admired while growing up.

During the steam train ride to Whitby, the green landscape on both sides can only be described as ‘breathtaking’. Many Chevening Scholars start conversing with locals on the train about different topics. One of the local ladies we spoke to, Rose, told us that Whitby is ‘the hidden gem of York’. It was hard for me to imagine any more beautiful landscape than the one I was looking at then, through the steam train windows.

The moment we arrived, I was awed by the seaside view of Whitby, engulfed by a hill with the Abbey on top. For the rest of the day, Chevening Scholars wandered the old streets of Whitby, bought souvenirs and enjoyed the area’s signature dish, fish and chips. The day wrapped up with a pleasant cultural heritage walking tour where scholars got the chance to discover the history of this part of the UK.  Finally, I took the train back to London after a pleasant day in Whitby where I was reunited with my fellow scholars. 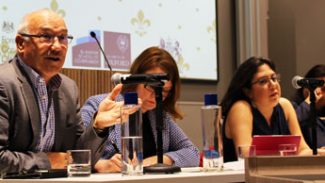 Discussing the impact of the UK charity sector: the Chevening Lecture Series

Chevening Scholars heard from three experts, including two Chevening Alumnae, on the work of charities in the UK as part of the Chevening Lecture Series on 27 June.  Mark Goldring, Chief Executive of Oxfam GB; Haifa Ungapen, Child Rights Programme Manager at World Vision; and Aneeta Williams, Head of Programme Quality at War Child UK all spoke and took questions at the Blavatnik […] 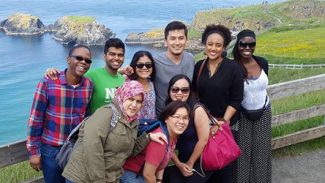 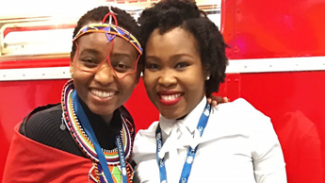 Reflections on studying in York

I am falling in love with York and the UK, here on #MyCheveningJourney! We are in the season of fall here in the UK and it is beautiful. Everywhere you look, apart from the evergreens, leaves are turning golden brown or a bright yellow, and are falling from trees. Along with that though has come […]