Chevening Scholars from across the UK were lucky enough to visit Old Trafford, home to Manchester United Football Club.

Often referred to as the ‘Theatre of Dreams’, Old Trafford is one of the most famous grounds in world football, and has hosted some incredible matches with incredible players.

The likes of David Beckham, Ryan Giggs, Eric Cantona and George Best have graced the turf at Old Trafford, leaving behind a legacy which is rivalled by very few clubs around the world.

Scholars were treated to an exclusive, behind the scenes tour, visiting the changing rooms, press room, trophy cabinets and the players tunnel. They were also able to sit in the dug out, usually occupied by current Manchester United manager, Louis Van Gaal.

After, they headed to the University of Salford to learn about the history of football in Manchester, which included a talk on ‘the class of 92’ and their partnership with the university.

‘The class of 92’ are a group of former Manchester United footballers, made up of Gary Neville, Phil Neville, Paul Scholes, Nicky Butt and Ryan Giggs, who have bought local football club Salford City FC. Another famous footballer, David Beckham, was part of ‘the class of 92,’ but hasn’t joined their business venture. 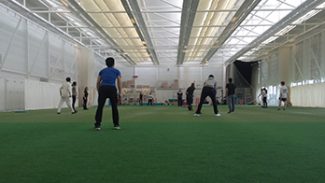 Batting and bowling on show as scholars learn to play cricket

Chevening Scholars were treated to a once in a lifetime opportunity to play cricket at the England National Cricket Performance Centre, based at Loughborough University. Taking place for the third year in a row, scholars were given access to the world class England facilities, whilst also being trained by professional coaches from the university.  Coaches took […] 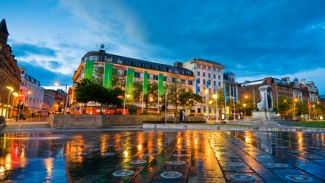 Nine ideas for your trip to Manchester

Manchester is a vibrant city with lots of things to see and do. I would say that this northern city is definitely worth a visit (or two…) during your time in the UK. Below is a list of suggestions for what you might like to look out for, or do, during your visit. My top […] 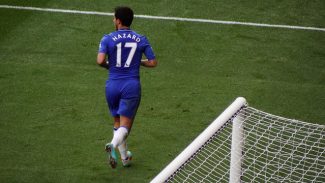 The Premier League 2018/2019 season kicks off this evening with Manchester United playing Leicester. It’s one of the most popular leagues in the world, and we asked Chevening Scholar and Manchester United fan Simon Wanyonyi, from Kenya, to give us his predictions for the year ahead…  1. Who will be the top four teams at […]