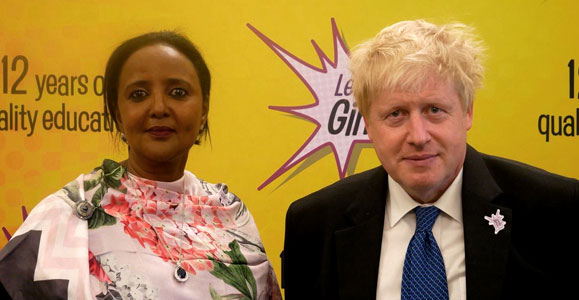 Chevening Scholars were invited to the Foreign and Commonwealth Office (FCO) to discuss issues of education and development with the FCO’s Special Envoy for Gender Equality, Joanna Roper, and the Kenyan Cabinet Secretary for Education, Amina Mohamed.

This roundtable meeting came as the UK Foreign Secretary Boris Johnson made the case for global leaders to commit to educating the world’s most marginalised girls. He pledged that Britain would provide both political and financial leadership to ensure that girls across the Commonwealth receive 12 years of quality education by 2030.

‘Educating girls is in all our interests,’ he said. ‘If we fail, we store up huge problems for the future, and wilfully miss out on boosting economic growth, managing population pressures, and creating stable, prosperous societies.’

Amina Mohamed, who is also a Chevening Alumna, will co-chair a new group of 12 influential figures from across the Commonwealth to drive forward political momentum on girls’ education. She added to the foreign secretary’s arguments for focusing on educating girls:

‘In Africa we have a saying that if you educate a man, you educate an individual, but if you educate a lady then it’s the whole village that’s educated,’ she said. ‘The transformations of our economies will not take place unless we pay attention to girls’ education.’

Scholars in dialogue with Amina

Chevening and Commonwealth Scholars from Kenya earlier met with Amina Mohamed and Joanna Roper to discuss issues of education, with a special focus on education in Kenya.

Alphonce Shiundu, a Kenyan scholar studying at the University of Westminster, acknowledged that the roundtable presented a unique opportunity to probe into the challenges currently facing Kenya’s education system, to ask difficult questions, but also to understand senior policymakers’ view on these challenges and the opportunities that they give rise to, including the potential to partner with the UK in areas of mutual benefit. 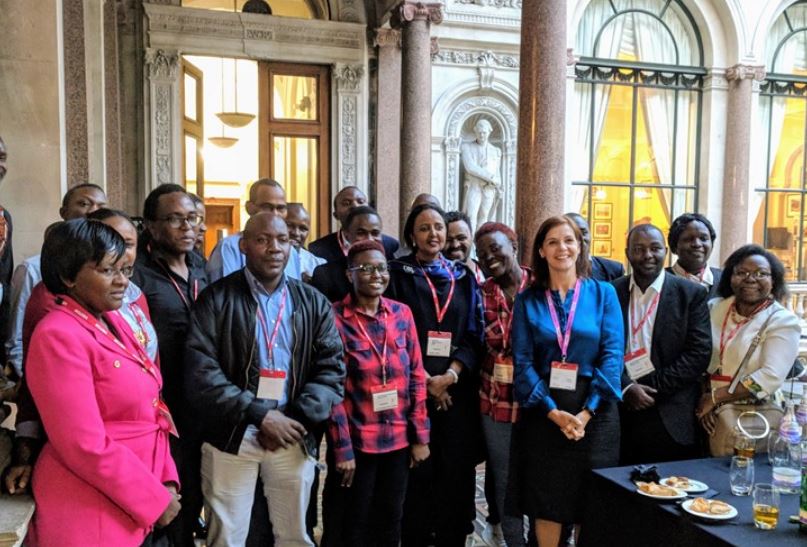 ‘Needed back at home’

Amina Mohamed spoke frankly with scholars about the challenges she faces in her role as education secretary. She reminded them of their responsibility to return to Kenya in order to use the knowledge and networks gained in the UK to help solve some of Kenya’s development challenges, which aligns with Chevening’s aim of developing future leaders who will return home to bring positive change to their communities, sectors, and countries.

Lyna Gitonga, a scholar at Queen Mary University of London, spoke of how meeting a prominent Chevening Alumna has encouraged her to believe that she too can make a difference when she returns:

‘It triggered a sense that I have a role to play in my country’s development,’ she said. ‘Seeing Amb. Amina Mohamed in power, and seeing how she’s serving Kenya in the best way she can empowers me to think forward, take on my responsibilities to shape the future, and to inspire change in others.’ 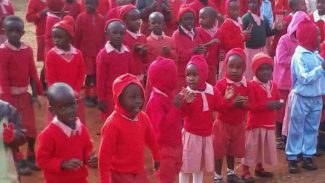 I am often humbled by the peculiar generosity of the strangers who contribute towards schemes such as the Chevening Scholarship to fund strangers such as myself, majority of whom they will never know or meet. That is why in 2010, when I learnt that there was an opportunity to support the construction of a school […] 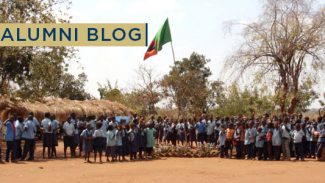 Literacy: the tool that powers potential

In Zambia, 44 per cent of the population above the age of 15 cannot read or write. Through the Chiparamba Trust, a charity I founded, I am attempting to address this by engaging rural communities, where illiteracy is most widespread, in reading and writing programmes for children between the ages of five and 17. 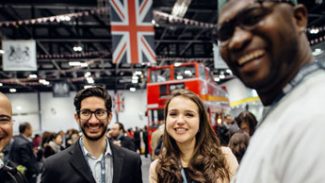 1,900 Chevening Scholars from 140 countries – the entire class of 2016 – were officially welcomed to the UK at a lively and inspiring Chevening Orientation event hosted by the Foreign and Commonwealth Office (FCO). Addressing the scholars, the Foreign Secretary, the Rt Hon Boris Johnson MP, emphasised that the UK is open to talented people from […]