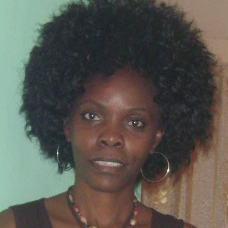 I am often humbled by the peculiar generosity of the strangers who contribute towards schemes such as the Chevening Scholarship to fund strangers such as myself, majority of whom they will never know or meet. That is why in 2010, when I learnt that there was an opportunity to support the construction of a school to provide quality formal education to children in my village, it wasn’t a question of whether I would get involved but rather, how soon the project would start. This was my opportunity to give back to my community just as I had been given through the scholarship. Some unknown persons somewhere had made personal sacrifices to give me a chance at a better future, it was now my moral obligation to help others a have similar chance.

I support the construction of a primary school in my village in Machakos County, Kenya. Mananja AIC Academy was started in 2010 with a single class – a nursery school, to provide children in the area with quality education. It is anticipated that a good education in this community will help to disrupt the unacceptably high levels of poverty that permeate this community. Through a monthly contribution of between ₤250-290 (the highest single donation the school receives) and whatever little else the school administration gets from the community, and the local church, the school has managed to build four classes so far (from standard 1 to 4).  I have sat in the church services and seen how the community contributes the little they have to the fund raising efforts of the community. As people are too poor to offer cash, most bring their farm produce, from chicken to maize and fruits in season to be auctioned so that the church can make money off of it and direct it to the relevant project of the day. This too I find humbling, but I’m digressing now…

Planning, administration, and my heart and soul

Back to the construction of the school, standard 5 is semi-ready for those in class 4 to move into next year. Due to an extreme limitation of funds, the school is only able to build one class at a time and to complete it only partially before the next class can move into it. In 2016, construction of class 6 will commence so that those in class 5 will find it somewhat ready for use in 2017.  The school has no donor and relies on small contributions from the generosity of well-wishers, the local church and an already resource-strained community.

The idea by the school administration is to build an entire block of primary school classes (standard 1 to 8) first and then commence with the construction of a secondary school (from form 1 to 4) as per the Kenyan education system. This will ensure that many children in this community have access to at least primary and secondary school education. In the future, and resources allowing, the administration also plans to build a healthcare facility, to ensure that the community has access to quality healthcare services, particularly maternal and child health services. Hopefully, in that future, women will no longer have to give birth at home because the health facility is either too far, or too expensive for them to care about using its services. In that future, members of the community will also no longer die needlessly from preventable diseases and illnesses, because a health facility will be available within reach.

Recently when I visited the school to present a water tank donated by John Ben, a dear friend of mine from Nottingham, I stared at the semi-finished yet functional four classrooms we have constructed in the last four years with a mixture of hope and a little despair. Hope, because in spite of not being entirely finished, the classrooms were functional and in use by the pupils. Despair because our progress has been painfully slower than I had hoped. The semi-finished classrooms also make me uncomfortable because every child has the right to receive education in a comfortable environment, which among other things means well finished classrooms. Unless the school can get additional funding, progress will continue to be slow and most classrooms will remain semi-finished to allow for the little available resources to be evenly spread-out to get all classrooms to a functional level.

As I scroll through the pictures of the children at Mananja AIC primary school, it’s easy to see myself in their place many years ago. A carefree little girl filled with the unguarded hope for the future that only the innocence of childhood brings. I am acutely aware of the opposite trajectory my life would have taken had I not encountered the good fortunes of a good education that were only made possible by parents who believed in education and the generosity of total strangers. And in that moment, I am convinced that helping these children access a decent education is my best bet at affecting lasting social change for a brighter and productive future.

To support this, John Ben, my friend mentioned earlier is helping me to fundraise through a recently opened Facebook group called Friends of Mananja Academy. We hope to encourage our friends to contribute in whichever way they can so that these children have access a decent future through quality education.