The Foreign and Commonwealth Office (FCO) and global healthcare company GSK have announced a new partnership that will enable future leaders in health-related professions to study in the UK under a Chevening/GSK Scholarship.

Chevening is the UK government’s international awards scheme aimed at developing future leaders. Jointly funded by the FCO and GSK, the partnership agreement will enable five scholars selected from eligible countries in Sub-Saharan Africa and Asia-Pacific¹ to study for a Master’s degree in public health or healthcare-related subjects at any UK university. These awards are tenable for the 2016/2017 academic year, and applications are to be submitted through Chevening’s website before 3 November 2015.

Hugo Swire, Minister of State for the Foreign and Commonwealth Office, said: ‘I am delighted to announce the partnership between Chevening and GSK to support scholars from Africa and Asia-Pacific studying public health and healthcare in the UK.

‘The Chevening Scholarships programme brings those destined to rise to the very top of their chosen field from around the world to study in the UK’s world-leading universities. This month has seen the arrival of the largest cohort of Chevening Scholars in many years.

‘Private partnerships are an important part of our efforts and I would like to thank GSK for their support. I hope we can continue this successful partnership in the years to come.’

Ramil Burden, Vice President for Africa and Developing Countries at GSK, said: ‘Through this initiative, we hope to give brilliant minds from this region a chance to further their education, enhance their skills and help build a foundation on which their region can thrive.’

Each Chevening/GSK Scholarship will cover the scholar’s academic tuition fees, a monthly stipend for living expenses, an allowances package, and a return airfare. Scholars will also benefit from a range of exclusive events and activities whilst they are in the UK, designed to introduce them to the various aspects of Britain’s heritage and culture. Chevening/GSK Scholars will join a strong international network of over 44,000 alumni, many of whom have developed into leaders across all sectors since the scheme’s inception in 1983.

Ramil Burden added: ‘GSK has a long history in Africa and Asia and is committed to helping improve access to healthcare as well as supporting economic growth. Alongside driving research into emerging healthcare challenges such as non-communicable diseases, building more factories in the region and supporting training of frontline health workers, we are also partnering with a number of academic institutions.

‘With global attention focused on generating sustainable development post-2015, now is the moment for business to play an active role in contributing to a more prosperous future, building the skills and capability to unlock human potential.’

Applications from eligible candidates must be submitted via www.chevening.org/apply before midday (GMT) on 3 November 2015. 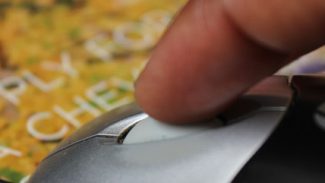 Applications for Chevening Scholarships are open 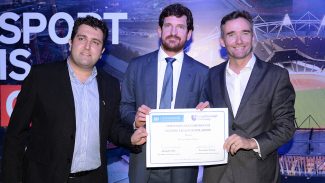