Applications for Chevening Scholarships are open

For information about the new round of Chevening applications to study in the UK in 2019/2020, please read this.

The Chevening Secretariat is accepting applications for 2016/2017 Chevening Scholarships via www.chevening.org/apply from 3 August until 3 November 2015.

Chevening Scholarships are awarded to individuals with strong academic backgrounds who also have demonstrable leadership potential. The scholarship offers financial support to study for a Master’s degree at any of the UK’s leading universities and the opportunity to become part of an influential global network of 44,000 alumni.

There are approximately 1,500 Chevening Scholarships on offer globally for the 2016/2017 academic cycle. These scholarships represent a significant investment from the UK government to develop the next cohort of global leaders.

Speaking on the launch of this new round of applications, Chevening Secretariat Director, Michael Scott-Kline, likened a Chevening Scholarship to a badge of honour bestowed on individuals who have demonstrated that they possess the qualities to become highly influential global leaders.

‘Not only do award recipients receive a first-rate UK education, through Chevening they join a vibrant community of Chevening Alumni, Foreign and Commonwealth Office staff, UK universities, and partner organisations,’ he said. ‘Chevening Award recipients will draw on and contribute to this community for the rest of their lives. I am delighted to announce the opening of the 2016/2017 competition for Chevening Scholarships. I strongly encourage emerging and established leaders to make an application – it may be the best decision you ever make.’

‘As well as an unparalleled academic experience, Chevening Scholars enjoy exclusive access to a wide range of events and opportunities designed to introduce them to the UK, its history, institutions, customs, and people,’ she said. ‘Scholars could take in the breath-taking views of the Scottish Highlands, come face to face with Britain’s heritage and history in its stately homes and castles, or debate diplomacy and international policy at the Foreign and Commonwealth Office.‘

Further information about eligibility, courses, and the application process can be found on the apply page. 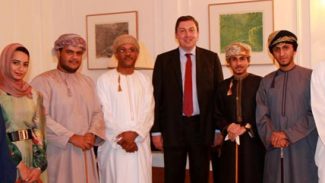 Chevening Scholarships to be relaunched in Oman

Chevening Scholarships will be relaunched in Oman, as announced by Jonathan Wilks, the British Ambassador to the sultanate, earlier this month. The programme will be launched in partnership with a number of British businesses active in Oman, Wilks said at a reception held at his residence celebrating the uniquely close friendship between the two countries […] 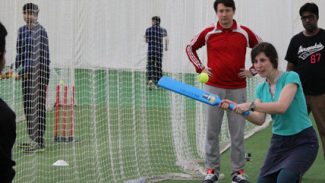 A group of scholars had exclusive access to the English Cricket Board (ECB) National Performance Centre as they were treated to a cricketing masterclass. Set on the University of Loughborough campus, the ECB centre is regularly used by both the men’s and women’s England sides as they prepare to play international cricket. The centre also […]