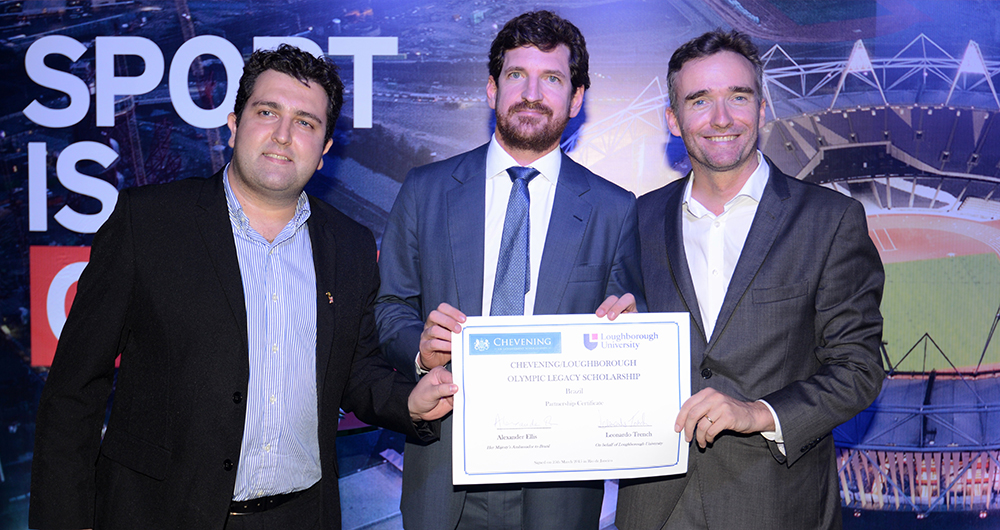 Chevening and Loughborough University have formed a new partnership to offer scholarships to Brazilian applicants, as announced by Alex Ellis, the British Ambassador to Brazil.

Professor Robert Allison, Vice Chancellor and President of Loughborough University, said: ‘We are delighted to be working in partnership with Chevening to offer these scholarships to outstanding students from Brazil.’

‘Loughborough played a significant role in the London 2012 Games: we hosted the official preparation camp headquarters for Team GB, ninety Loughborough-connected athletes competed at the Games, and sports benefitted from our pioneering research and innovation. With Rio set to host the 2016 Games, it is fitting that we are able to offer these scholarships to underline the important role that the Olympics and Paralympics play and the positive legacy that they can leave in the host countries.’

Alex Ellis, the British Ambassador to Brazil, said: ‘This scholarship provides not only an excellent opportunity for future sports leaders to study at one of the UK’s best universities, but also shows Great Britain’s desire to work with Brazil on the legacy of the Rio 2016 Olympics.’