In September 2016, the Chevening Officer Excellence Awards were launched in order to recognise best practice within the Chevening network. The focus for the pilot awards was alumni engagement and, after a highly competitive process, we were delighted to select three winning posts: Brazil, Nigeria, and Mexico. As part of the award, the Chevening officers from the winning countries, Caroline MacDonald (Brazil), Jibike Faborode (Nigeria) and Kimi Yoshimura (Mexico), were invited to London to participate in the 2016/2017 Orientation event, as well as in a range of activities which were held at the Chevening Secretariat and FCO offices.

Following this, the three award winners joined other Chevening officers from across the network for a welcome event at the FCO for ASEAN scholars. The event included discussions on current affairs in the region, a talk from MP Richard Graham, a tour of the building, and the chance for scholars and Chevening officers to network. A CAPF roundtable discussion with representatives from the FCO then followed, where attendees discussed ideas and best practice for submitting a successful bid. A small prize-giving session then took place for the winning Chevening officers.

Finally, Kimi, Jibike, and Caroline met the wider Chevening Secretariat team before the Orientation event on 22 October, which they also attended and surprised many of their scholars at the event.

Thank you to everyone who submitted applications to the inaugural Chevening Officer Excellence Awards. The award will expand next year to award nine posts for excellence in marketing, alumni, and partnerships. More information on 2017 Chevening Officer Excellence Awards will be available in due course. In the meantime, here are some top alumni engagement tips from this year’s winners.

Jibike: Tailor your offering differently for older generations of alumni. They will probably have less time to attend events, so instead invite them to speak on behalf of the programme. In Nigeria, for example, these alumni do presentations with post to prospective partners.

Caroline: Carry out a stakeholder mapping of all alumni to showcase to the rest of post, rather than simply giving colleagues a list of alumni. You can also share infographics—for example, how many alumni working in a certain sector are in a particular geographical location. 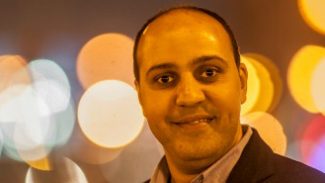 Words: Ati Metwaly / Photo: Sherif Sonbol ‘Life is like a train. The train moves from one station to the next and it’s your job to keep it on track. As you drive your train, you will see people jumping on and others leaving halfway through. You will also find those trying to redirect or […] 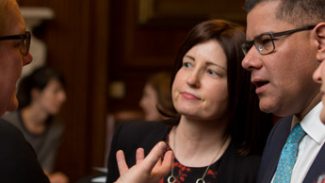 Partners thanked for their life-changing contributions

Chevening Scholars and Alumni joined the FCO in thanking the many universities and corporate organisations whose ongoing support of the programme enables future leaders from around the world to study in the UK. Alok Sharma, Parliamentary Under Secretary of State at the FCO, and Minister with responsibility for scholarships, led the praise for the organisations […] 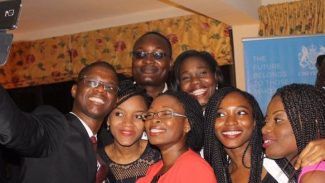 After spending a year in the UK studying, networking, and getting to know British culture, 2014/2015 Chevening Scholars have safely returned to their home countries. British Embassies and High Commissions in over 160 countries and territories held receptions and events to welcome them back and award them their Chevening graduation certificates. At the British Embassy […]