Five scholars from three west African countries have been selected for Chevening/GSK Scholarships.

Eric Besong, Tim Fabrice Tientcheu (both Cameroon), Urban Akagwire (Ghana), Chinedu Chikwendu, and Chigbo Chikwendu (both Nigeria) were selected for these awards. They will undertake healthcare-related subjects at universities in Edinburgh, Nottingham, and London.

GSK is one of the world’s leading research-based pharmaceutical and healthcare companies. Speaking of the scholarships, Lisa Bonadonna, who leads GSK’s investment in academia programmes in Africa and developing countries, said:

‘We are delighted partner with the FCO to support Chevening Scholarships for students from Africa and Asia who would like to study healthcare-related subjects and would like to congratulate the five individuals who have secured scholarships for 2016/2017 through this initiative.

‘With global attention focused on generating sustainable development, business has an active role to play in contributing to a more prosperous future, building the skills and capability to unlock human potential.’

Chevening Partner Awards help support the education and development of future leaders, influencers, and decision-makers. They also add value to the Chevening experience that recipients receive in the UK. GSK co-sponsors a number of Chevening Awards for applicants from Africa who wish to study public health and/or healthcare-related subjects.

Lisa Bonadonna of GSK added: ‘By supporting Chevening Scholarships in healthcare, we hope to give these individuals a chance to further their education, enhance their skills and help build a foundation on which their region can thrive.’

The five Chevening/GSK Scholars already have impressive CVs, and will be studying at three of the world’s best universities. Armed with a world-class UK education, and with access to the networks that Chevening and GSK can provide, it is hoped that they will be able to fulfil their ambitions for their own careers as well as their region’s development.

‘I intend to work with the government of Nigeria to drive healthcare reforms through highly innovative and best-in-class approaches,’ Chigo Chikwendu explained. ‘I intend to champion efficiency in use of health resources by supporting institutionalisation of evidence-based policy development, result-based planning, and equitable health care financing.’

He also spoke of aiding the development of the next generation of health leaders who possess the ‘right competencies and values’ to sustain reforms.

For more information about Chevening/GSK Scholarships, visit the Chevening website. Applications for the next round of scholarships are open until Monday, 8 November 2016.

Well done to Urban on being awarded a #Chevening scholarship this year. All the best with your studies! @cheveningfco @UniofNottingham pic.twitter.com/3FYXefXSxM 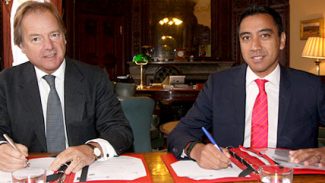 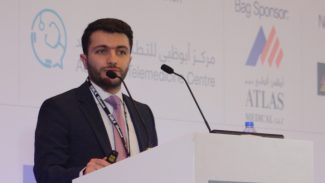 16 and 17 February saw the unfolding of the Remote Healthcare Middle East conference in Abu Dhabi where Jordanian Chevening Scholar Dr. Mohammad Al Safadi was part of the advisory panel. Mohammad is the former Chief Medical Officer of Qatar Red Crescent Turkey mission and the consultant at QRC Relief and International Development Department and was one of the six speakers […]