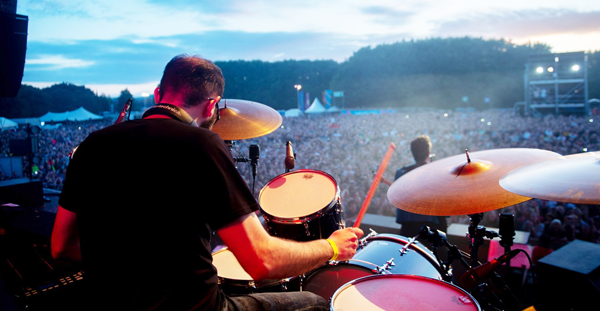 I started playing the drums when I was nine years old; since that moment my life has been linked to a pair of drumsticks and a set of headphones.

Any rock lover knows that the UK is synonymous with music. Therefore, during this year, I’ve been attending several incredible gigs, from new artists in Shoreditch bars to some of the world’s biggest artist in arenas and festivals. I have a few good stories about it, but I want to tell you a little bit about one particular concert. It was the best concert I’ve ever attended in my life: The Killers at Belsonic 2019 in Belfast, Northern Ireland.

The Killers are one of the greatest alternative rock bands on the planet. Despite coming from Las Vegas, their sound and identity have been heavily influenced by British bands, and British crowds love them. In March, I read in the news that they were coming to the UK to play in three cities: Belfast, Cardiff and Somerset (for the legendary Glastonbury Festival).

So, immediately, my friend José Dávila, a Chevener from Honduras, and I started planning our trip to Northern Ireland. Later, another friend, Andrés from Colombia joined us to celebrate his birthday singing the greatest hits of the band. Once we get there, we decided to make a sign asking the band to let José and I get on-stage and play bass and drums with them. So that was the first thing we did in Belfast: getting a piece of curtain fabric and some permanent markers. #BackToPreschool 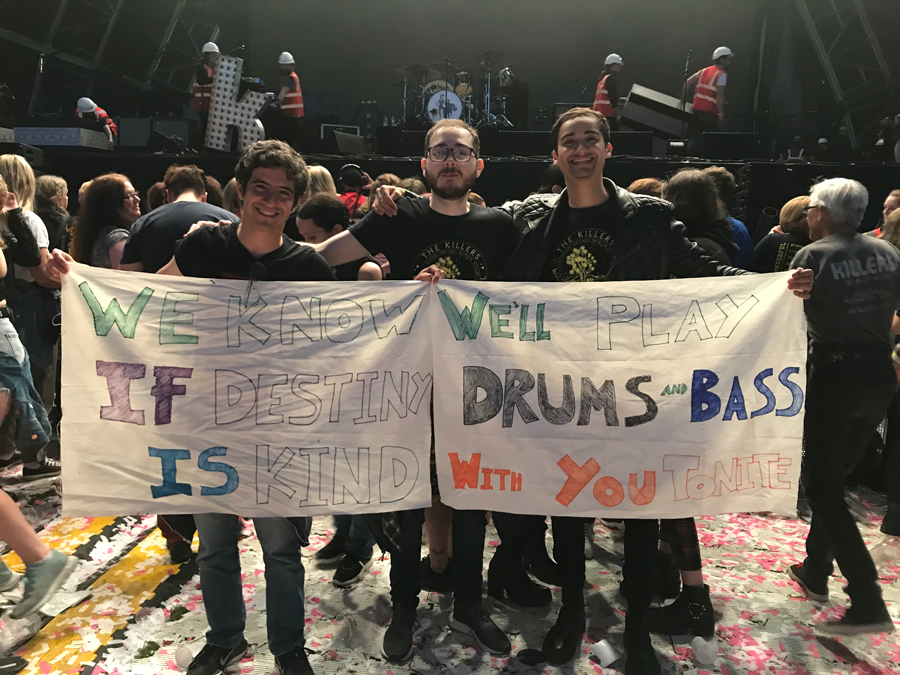 It was an excellent plan. Belfast was having (according to locals) unusually hot sunny weather, we arrived early so we were in the front of the multitude, and the band was playing some of their greatest hits (‘Jenny was a friend of mine’, ‘Somebody told me’, ‘Run for cover’, ‘Smile like you mean it’). However, things were about to improve even more.

The ninth song was “For reasons unknown”, from the 2006 release “Sam’s Town”, a song in which the band allows a fan typically to play the drums with them. As you can imagine, right at the moment we realized that the song was coming, we use our sign to ask the band for an opportunity to play with them, and guess what, 50% of the plan succeeded: I was lucky enough to be selected to get on-stage. 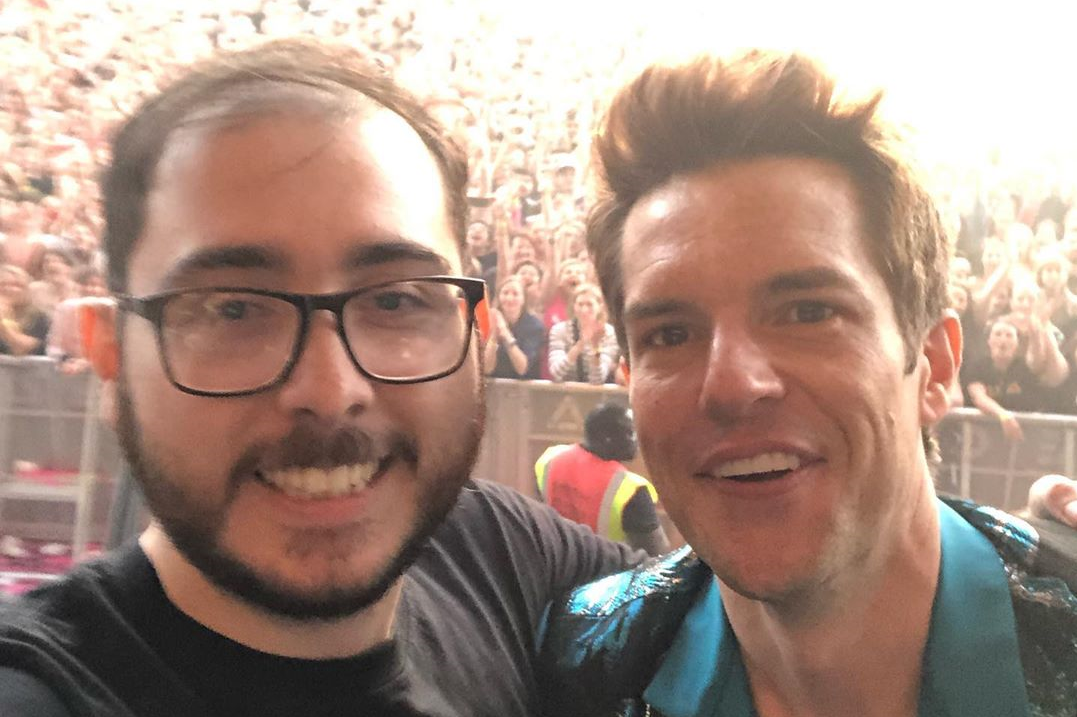 There is a massive difference between seeing a concert and playing on it, and, believe me, every musician’s life dream is to play in a giant stage with his/her favourite band. I did not know how to feel, a lot of emotions were coming and going, but once I saw Brandon Flowers, and behind him a massive audience of thousands of people cheering and singing, well, I chose to focus on joy and happiness. You don’t have the opportunity to fulfil your childhood dreams every Tuesday evening. 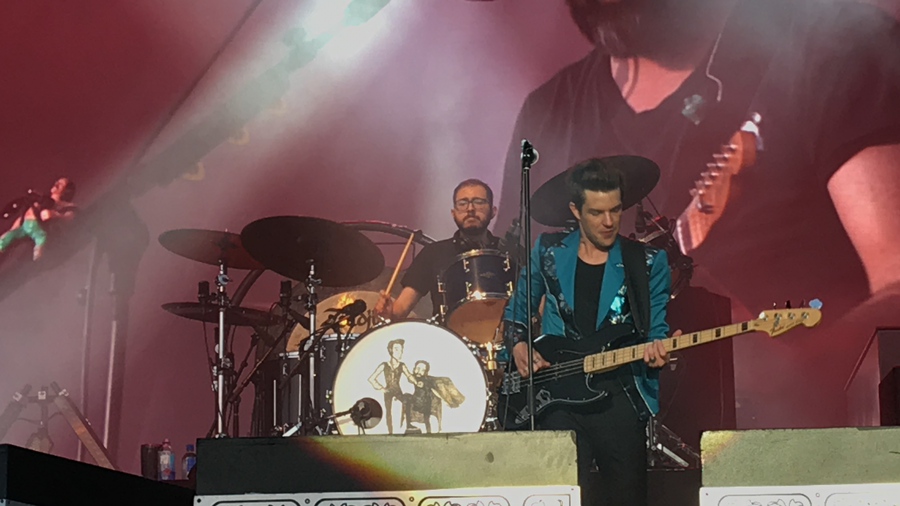 Everyone (the band, the staff, the crowd) were super helpful and friendly with me. It was clear that they were having a great time and they wanted me to join them in that mood. So, after a friendly reminder by Brandon that they invited me to play and not to take pictures, I sat down behind Ronnie Vanucci’s kit, and I start playing with the same illusion that nine-year-old kid had the first time he played a drum beat. It was beautiful, I lived the dream. So, after playing this anthem with these rock stars and closing with a John Bonham kind of solo, I had my selfie with Ronnie, Brandon, one of the staff members and several fans who were euphoric. In the end, a song has the power to convey emotions through sounds. It can give joy, hope and a voice to those who need one, so we better enjoy it.

Last but definitely not least, I must say that without the incredible people from Belfast, this would not have been possible. I loved the fact they were super happy for me though I was a foreigner. They cheered for me before, during and after my performance, they made me feel like I was at my home town. I will never forget that, and as a little tribute I decided to call my Instagram music blog John Belfst, this is the first step of a project that I dreamed of for a long time, and this experience gave me the impulse to do it. My only goal: share about music. You’re more than welcome to follow me @johnbelfst. 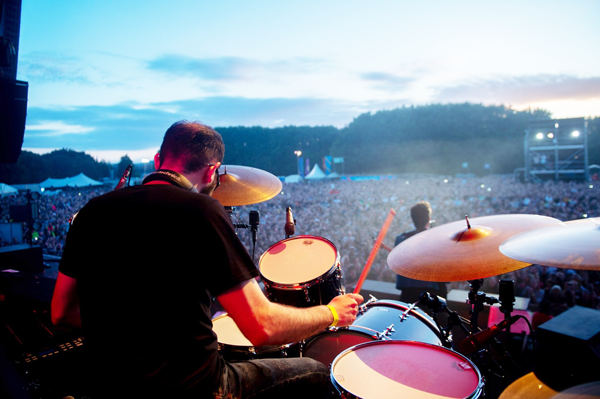 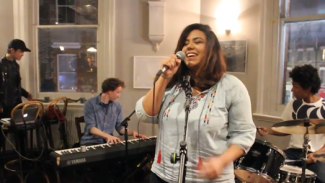 Jazz-singing scholar has us feeling good

Tunisian scholar Nayress Ben Gaga showed off her fantastic voice to Chevening at an end-of-term jam session at the Jazz and Improv Society, a student society at Goldsmiths, University of London. We took the train down to New Cross to meet Nayress, and to find out how she began singing jazz at the age of […] 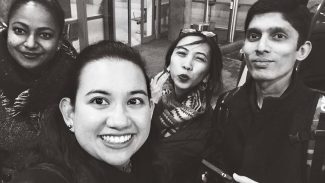 Burns Night dinner and Cèilidh: a night of ‘firsts’

On Thursday, 26 January, Chevening Scholars flocked to the historic Queen Margaret Union building in the University of Glasgow to celebrate the life and poetry of the Scottish poet Robert Burns. Burns Night or, as the Scots call it, Rabbie Burns Nicht, has always been a festive occasion. This event usually involves a formal toast […]