Whether you are an art aficionado, an avid movie-goer, a theatre enthusiast, or a passionate music fan, remember this: when you study in the UK, the world’s best art and entertainment are right outside your doorstep.

When I first arrived, I was astonished at how art has become an integral part of public spaces. I’m not just talking about murals on the walls (which are also impressive). I’m talking about a street artist who draws realistic monkeys on the footpath in chalk; a sand sculptor who showcases his skills by the side of the road; a musician who performs Gary Jules’ Mad World on the underground; and people who spontaneously gather in front of a town hall to perform Scottish dance on a bright summer’s day.

You can easily spend an entire weekend soaking up these experiences. For example, if you plan to go to the Tate Modern, you can also buy a ticket to see Hamlet at Shakespeare’s Globe Theatre, which is right nearby. After that, you can cross the Millennium Bridge and take pictures with the iconic St. Paul’s Cathedral in the background! 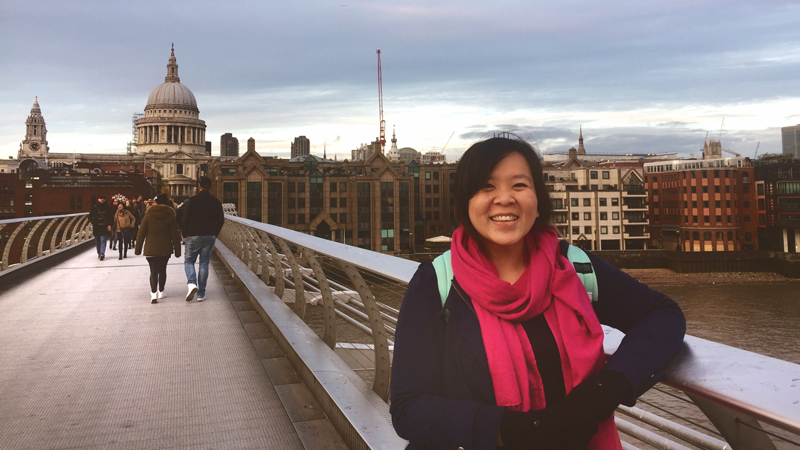 However, it is the interplay between art, public spaces, and people that inspires me every day. Art is not something that you enjoy only inside a building, you can sense it like a pulse in the heart of the city. One of the exhibitions that I enjoyed most during my Chevening year was the UK’s largest light festival, Lumiere. Taking advantage of the existing public spaces, artists created sculptures and light installations between buildings, busy roads, and parks, illuminating the night with colours. Here’s a glimpse of how beautiful it was:

It’s not just London that will capture your heart. In many cities like Edinburgh and Cardiff, you will find a similar scene. The small town of Coventry, where I lived, is no exception. As a student at the University of Warwick, I had the privilege of having the Warwick Art Centre a few steps away from my classroom. Besides having regular art exhibitions, the centre also offers cinema, classical, theatre, dance, and comedy. Tickets are cheaper for students, making it a perfect way to escape from the study routine!

Moving into the city centre, the Herbert Art Gallery is a must see. Lady Godiva’s painting by John Collier is my favourite, and the spirit of this woman riding a horse naked in an act of protest against oppressive taxation is embodied in the city. Walk around and you can see her everywhere, as a statue or a clock ornament (hint: there will be more excitement to come in this small city as it has been chosen as the City of Culture for 2021!)

Finally, all of this art can inspire your study. Some of the exhibitions that I went to were highly related to my degree in digital media and culture. For example, The Glass Room exhibition in London was eye-opening, demonstrating the intersection of art and technology, and raising awareness about data privacy and digital infrastructure. Another small exhibition, titled Chances and Control at the Victoria and Albert Museum showcased some of the early digital art made between humans and computers.

It made me wonder where the future might take us.