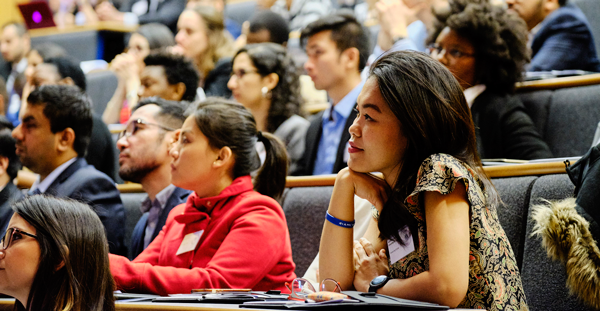 Media freedom comes under the spotlight at Chevening Conference

Scholars were urged to aid the Foreign and Commonwealth Office’s media freedom campaign at the sixth annual Chevening Conference hosted at the University of Manchester on Friday, 12 April.

2018 was the deadliest year on record for journalists worldwide. Alastair King-Smith, Deputy Director of the Multilateral Policy Directorate at the FCO, encouraged scholars to help to reverse this alarming trend by contributing their ideas, making the case for media freedom in their home countries, and using their networks to raise the campaign’s profile.

Mr King-Smith said: ‘Unless we can defend media freedom and continue to access the truth, we won’t be able to achieve our shared objectives.’ 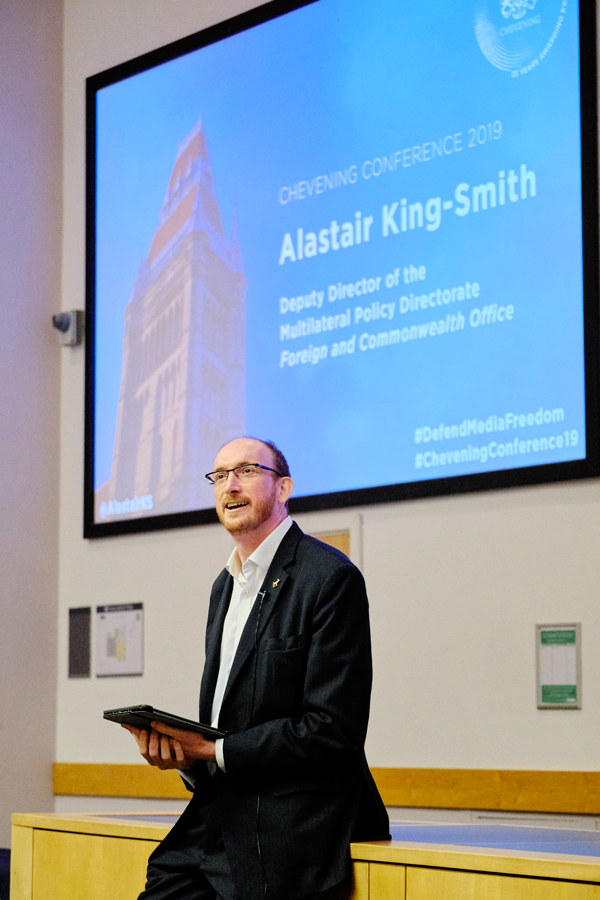 His speech, also sharing stories and insights from a career in diplomacy, was just the beginning of a fascinating day at the University of Manchester. 150 scholars gathered to share ideas and insights on the conference theme, ‘Pushing boundaries and shaping the future’, a broad topic allowing scholars studying a range of subjects to share their thoughts and research within different categories.

Chevening Conference is the third-largest event in scholars’ yearly programme of events, and it gave attendees the opportunity to learn about leadership from other scholars, as well as to hear talks from Foreign and Commonwealth Office staff and senior academics.

Scholars then got the chance to present their own research on pushing boundaries in the first of two scholar sessions. The themes for the morning’s panel sessions were human rights, health, media and communications, and the environment. In the afternoon the topics were knowledge and learning, development, culture, and technology. 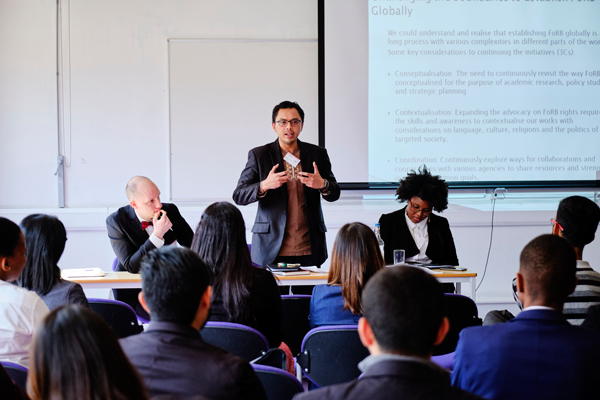 24 scholars had been selected to present in these panels from more than 160 applications. Each scholar session featured three presentations, and was chaired by University of Manchester and FCO staff.

Some scholars presented their research in poster form, and the lunch break gave them a chance to exhibit their informative designs in the university’s Schuster building. 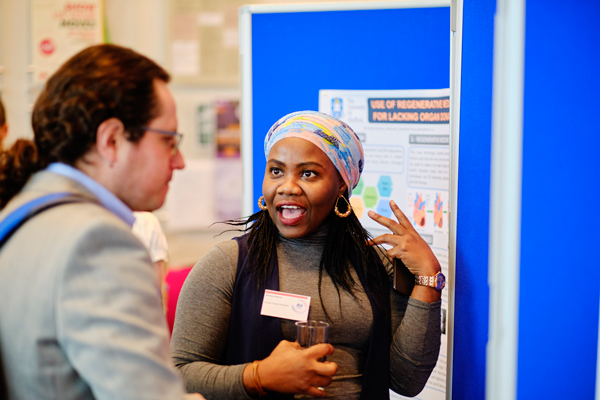 Scholars returned after a networking lunch to take part in the afternoon’s interactive panel debate. The session chair posed questions to our panellists, many of whom are Chevening Alumni, encouraging them to reflect on how they were pushing boundaries and shaping the future in their own careers. 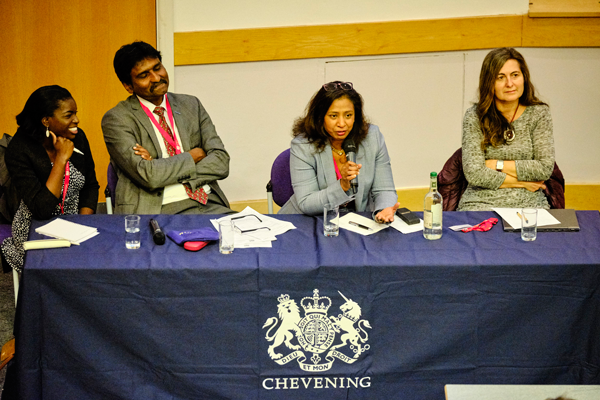 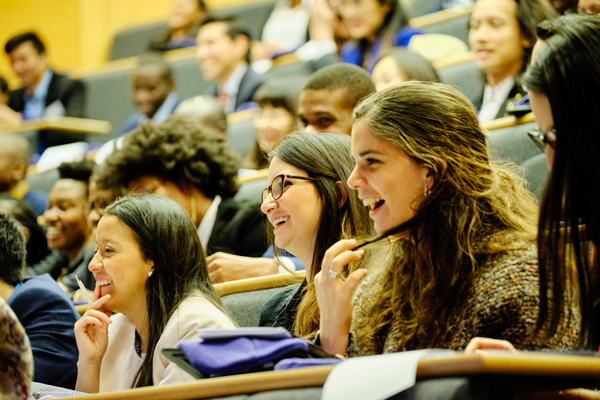 Kanbar Hossein-Bor, the British Deputy High Commisioner to Bangladesh brought the formal proceedings to a close with a talk about pushing boundaries and shaping the future on an individual level. Mr Hossein-Bor reflected on his career in the Foreign and Commonwealth Office as a British diplomat after initially coming to the UK as an Iranian child refugee. 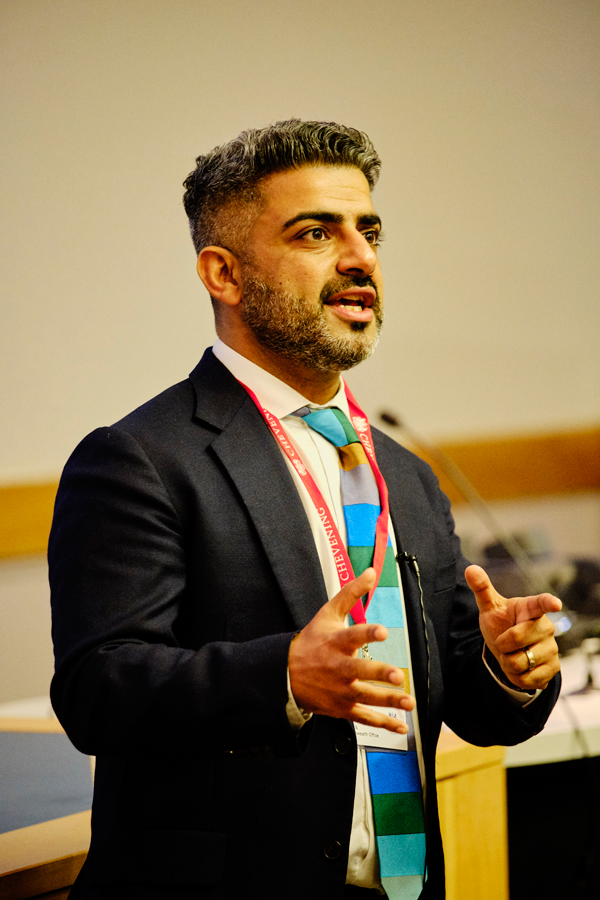 Mr Hossein-Bor said: ‘As Chevening Scholars you can have an immeasurable impact on the communities that you have come from.’

The day ended in the Manchester Museum, with scholars discussing what they had heard during the day under the fearsome gaze of Stan, the museum’s tyrannosaurus rex. Stan is approximately 65 million years old, and scholars demonstrated during the day that they are learning from the past in order to shape the future.

To see more from the day, take a look at #CheveningConference19 on Twitter. 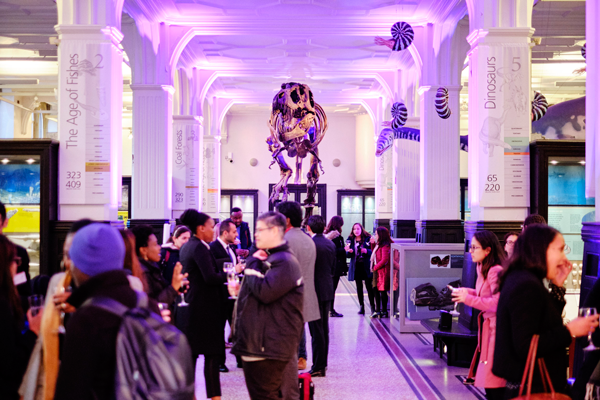 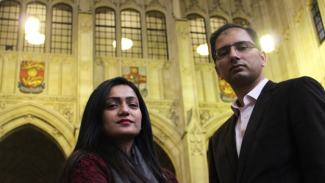 ‘Help shape the future by taking it seriously, and by taking responsibility for it.’ – Colin Smith, Head of Projects Task Force at the Foreign and Commonwealth Office 130 Chevening Scholars shared ideas and insights on leadership at the University of Bristol on Friday, 6 April at the fifth annual Chevening Conference. Chevening Conference is […]