Five reasons to apply for a Chevening Scholarship 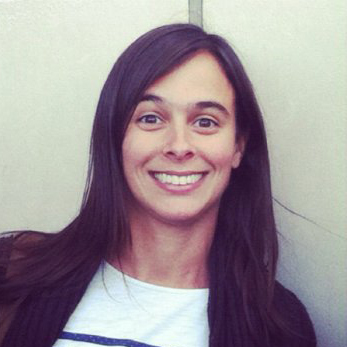 Thanks to this generous programme I had the opportunity to study a Master’s in Urban Development Planning at University College London during 2011/2012. I will now share the top five highlights – of a much longer list – that made my academic and personal trip an amazing experience.

Of people, ways of thinking, language, food and even transportation! Being in the UK means being exposed to an endless variety of experiences and points of view and that was for me a unique value. I think one of the best places that value was reflected was in the classroom. On average my master classes have students from more than 20 countries with a myriad of academic and professional backgrounds. Discussions, group work and case analysis take on a different dimension thanks to the diversity of ideas and perspectives of my classmates. I find it admirable as well, and just as I acknowledged its value in class, British society seems to have managed to do so in general, making diversity one of its main strengths.

A constant feature during my time in London was sharp critical thinking. Among my teachers, peers or in the press, there seems to be a trend of not taking things for granted. Suddenly it was not just thinking outside the box, but also up, down and to the side of it and even to consider which box we are exactly talking about. The discussions and debates that are generated from unconventional questions and comments were an integral part of my learning process.

They are amazing! It’s not an overstatement, they seem to be endless. I never had at my disposal such number and variety of physical and virtual materials to investigate and it was a pleasure. Libraries are a critical part of the academic experience, because the form of education promotes independent research. Universities in the London area, for example, have agreed, admirably, to allow students to have access to all libraries in a network of 22 institutions. And this is without mentioning the stunning British Library, which encompasses a whole world of knowledge. This means that no matter the subject, you will always find updated and comprehensive information, as well as very nice places to sit down to read. Libraries also have become spaces that go far beyond the books, exhibitions, talks, presentations and samples for everyone. They are more than just a place where information is accessed, they are places where knowledge is shared, making the research experience more social and enriching.

London has about 240 museums and three of the top five museums and galleries around the world are in Britain. The amazing thing is that since 2001 the main entry is free. No matter the topic that interests you, it surely has a museum in London. The freedom to access the collections at my own pleasure and be able to see something that really drew my attention as many times as I wanted was amazing. As if 240 museums were not enough, we must add the countless galleries and exhibition spaces. From the conservative to the bizarre, the variety sometimes seems almost infinite.

Cinemas, theatres, and concerts merit a separate blog post. Again the variety is inexhaustible and social life makes being there a pleasure. From musicals to independent works and from concerts at the O2 to street performances, everything has space in the city. Surprisingly, in addition, not all is as expensive as one would expect. Quite the contrary: armed with a student card and enough information, you could spend the day seeing things almost for free. The only remaining problem is that there not enough time in a single life to see all of what London has to offer.

Not just because beer is excellent (lagers, ales, bitters, or any other variety that I did not know existed), the pub is a culture of camaraderie that has little to do with alcohol. The habit of going to the pub after work with colleagues, or after class with a teacher, has a democratising effect where, beyond titles or positions, it gives people a space to extend interesting conversations and get to better know each other. Every street seems to have one and I dare to say that I learned more in pubs, talking with friends and teachers, than in libraries (and I did spend quite some time in libraries!).

My experience was mostly in London, however, I was fortunate enough to visit other parts of the UK and I get the impression that many of my observations apply to other cities. From Edinburgh and York in the north to Brighton in the south end, the UK continues to surprise with the variety of things to see, eat, read, and learn.

As an English friend of mine would say: Simply brilliant! 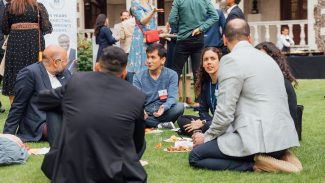 Whether it’s a helpful local or a chatty barkeeper, you can find friendly Brits throughout every corner of the UK. Melissa Guadalupe shares her experience of getting to know the British people. 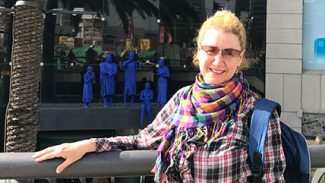 Diversity is a journey not a destination

I am Elena Pruvli, a lecturer, consultant, public speaker, and trainer. During my Chevening Scholarship I studied for an MA in Communication at the University of Westminster in 1997/1998. My professional competency is intercultural communication and related fields. In 2015 I achieved a PhD in Management from the Estonian Business School (EBS) in Estonia, where I’m […]