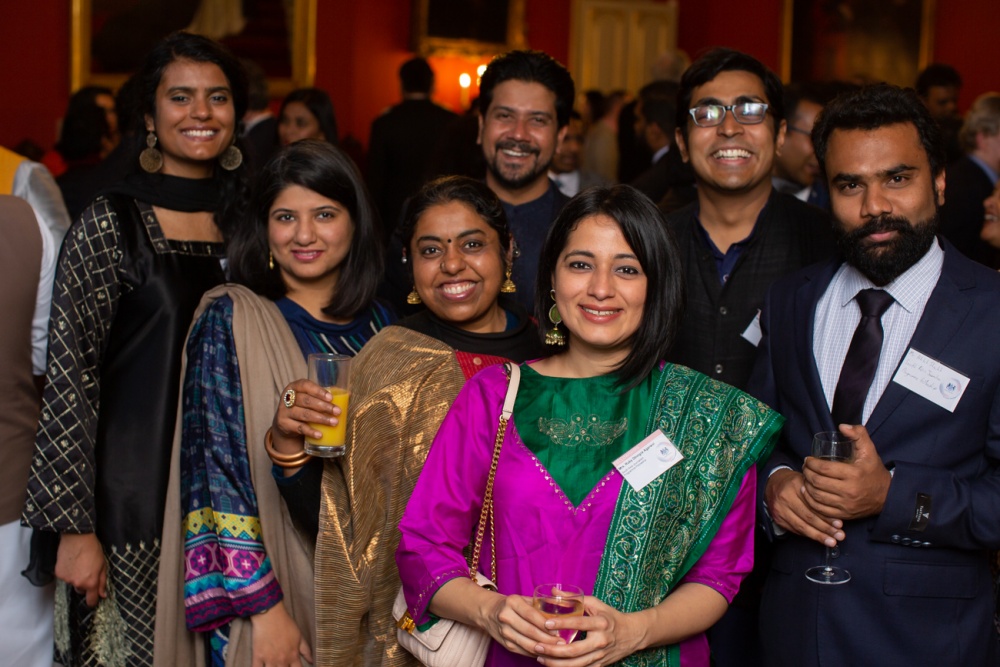 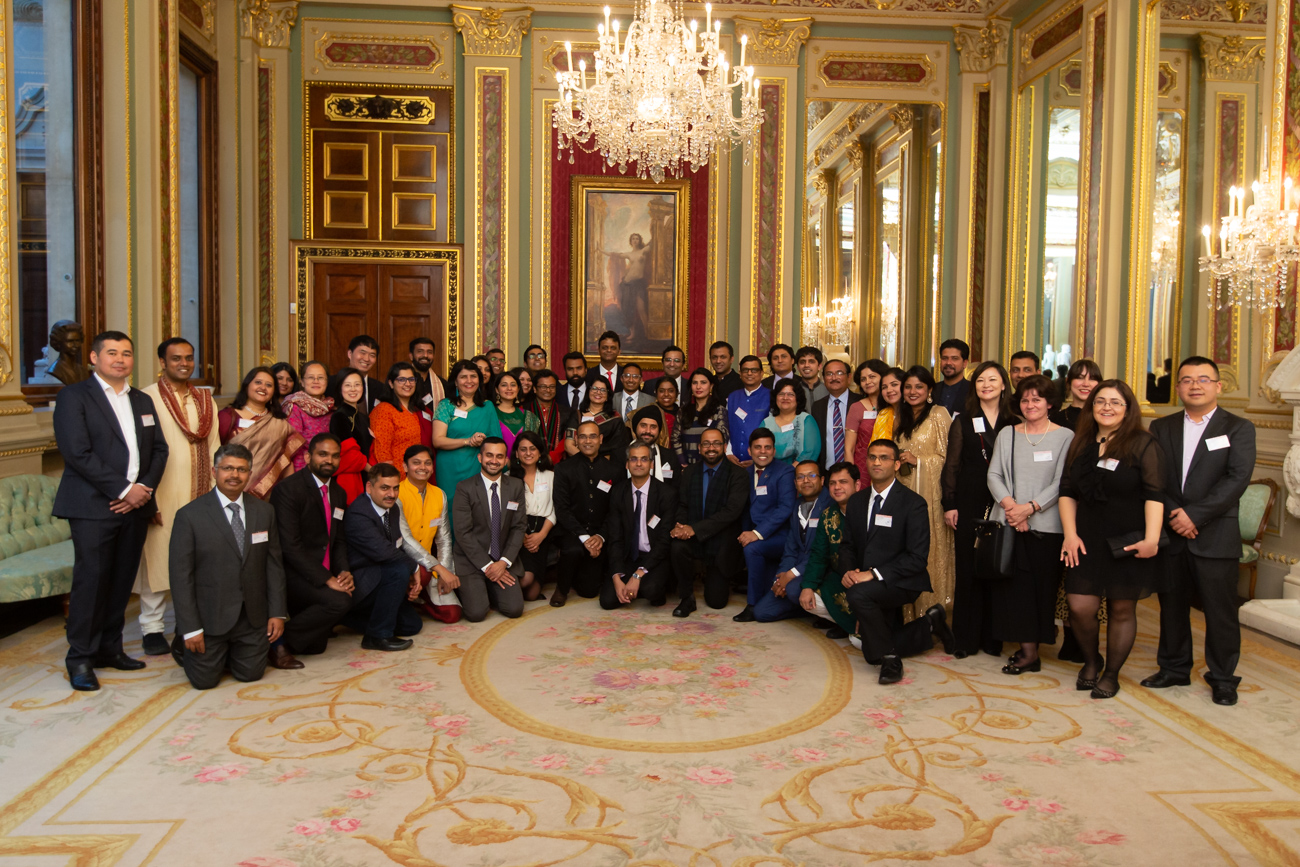 Chevening Fellowships bring together highly talented individuals from a variety of countries to further their knowledge through short courses in the UK relating to their area of work. The Chevening Fellowships Dinner offers these professionals a unique opportunity to meet one another and network extensively.

The event was held for the first time amongst the grandeur of Drapers’ Hall in the heart of London. Drapers’ Hall is rich with British history having been forfeited to King Henry VIII upon the execution of its former owner Thomas Cromwell, Earl of Essex and Chief Minister to the King. It was later sold by King Henry VIII in 1543 to the Drapers family for the sum of 1,800 marks (approx. £1,200). A portrait of the King remains on site. 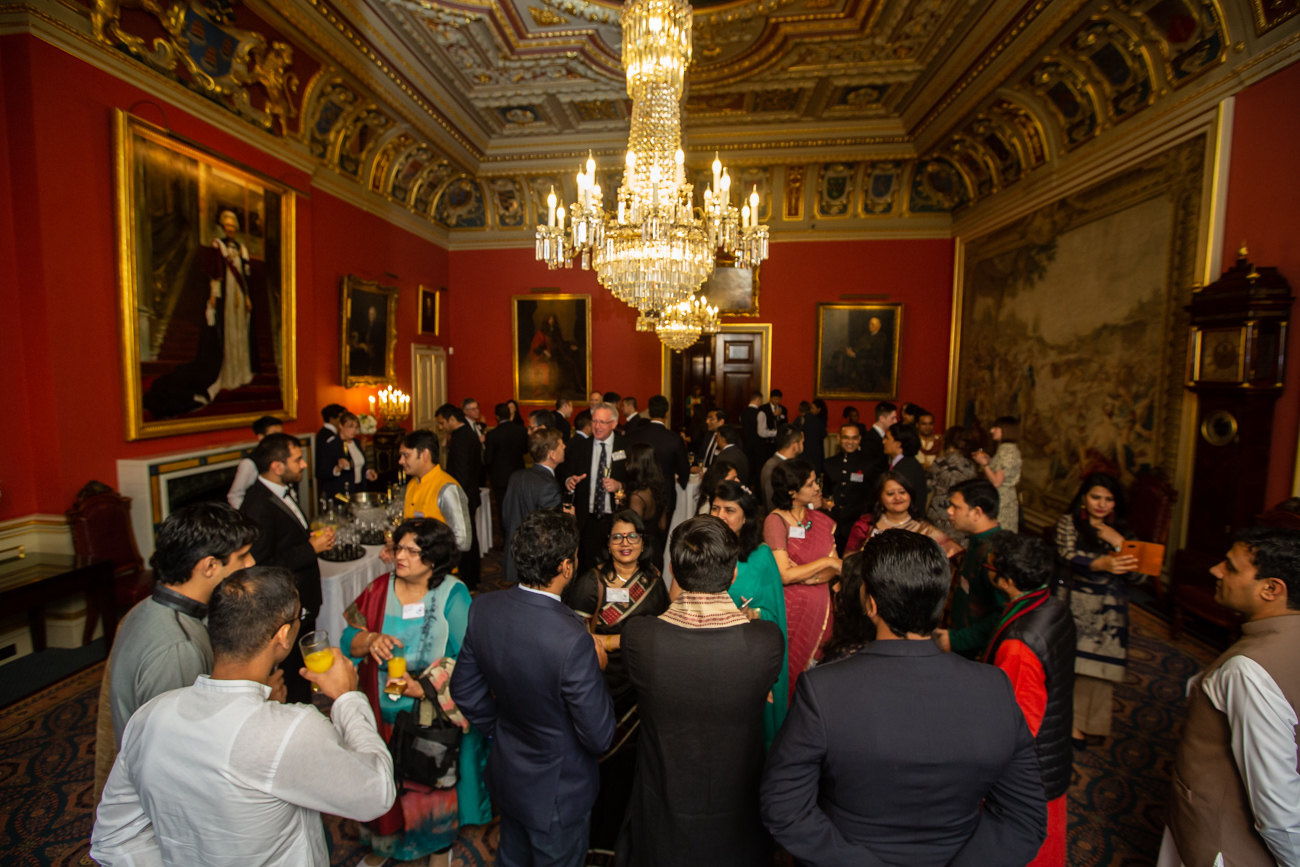 Following a networking reception, fellows and notable guests from the UK Foreign and Commonwealth Office, partner universities, and fellowship hosts alike took their seats in the spectacular Livery Hall to hear speeches by Verity Wilkes, Senior Fellowships Officer at the Chevening Secretariat, and Ben Coates, Head of the Scholarships Unit at the UK Foreign and Commonwealth Office before the dinner service commenced. 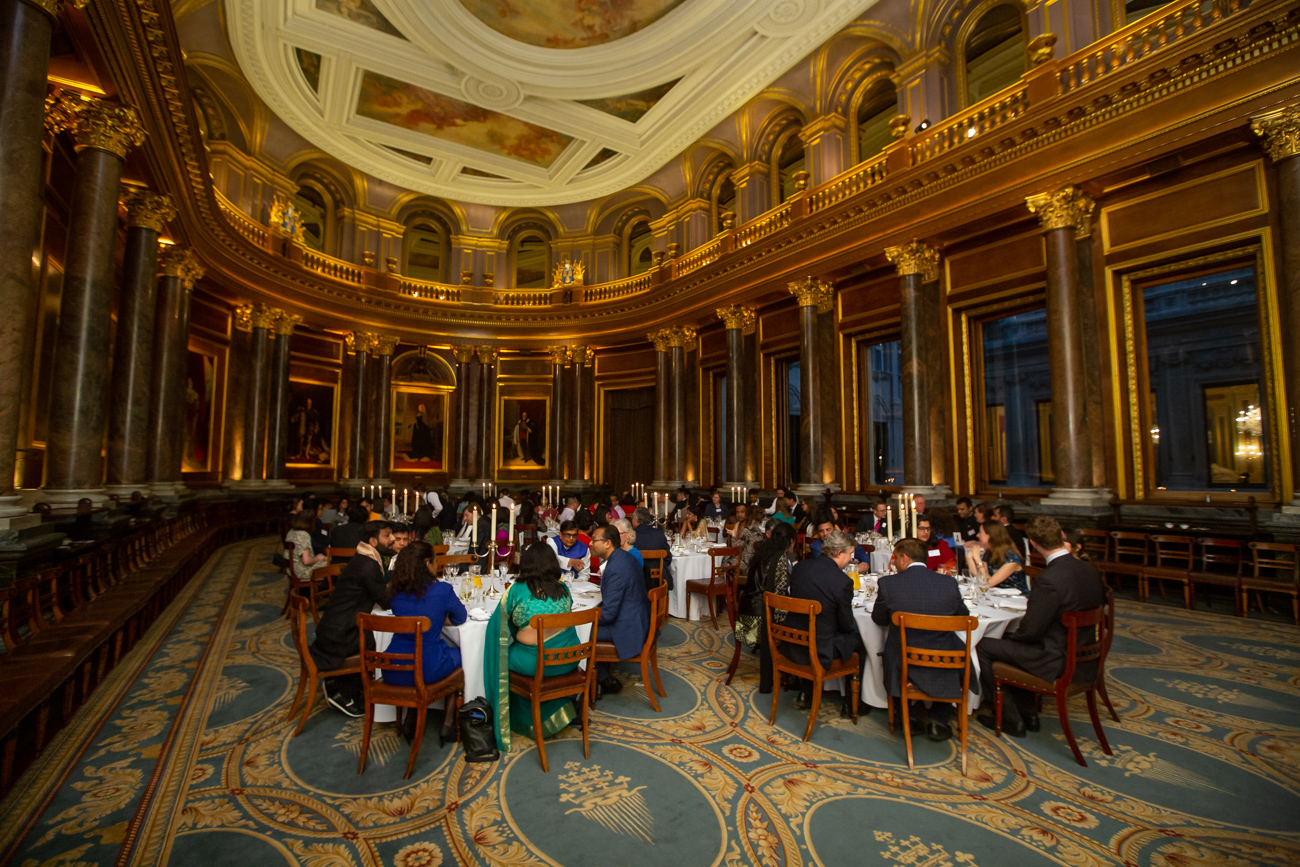 Welcoming guests and noting the level of expertise present in the room, Ben Coates said, ‘there’s nothing better than getting experts doing different things to talk to each other because that’s where you find real innovation and change’. He continued by encouraging guests to interact with one another during the event to discuss varying ideas and challenge perspectives. 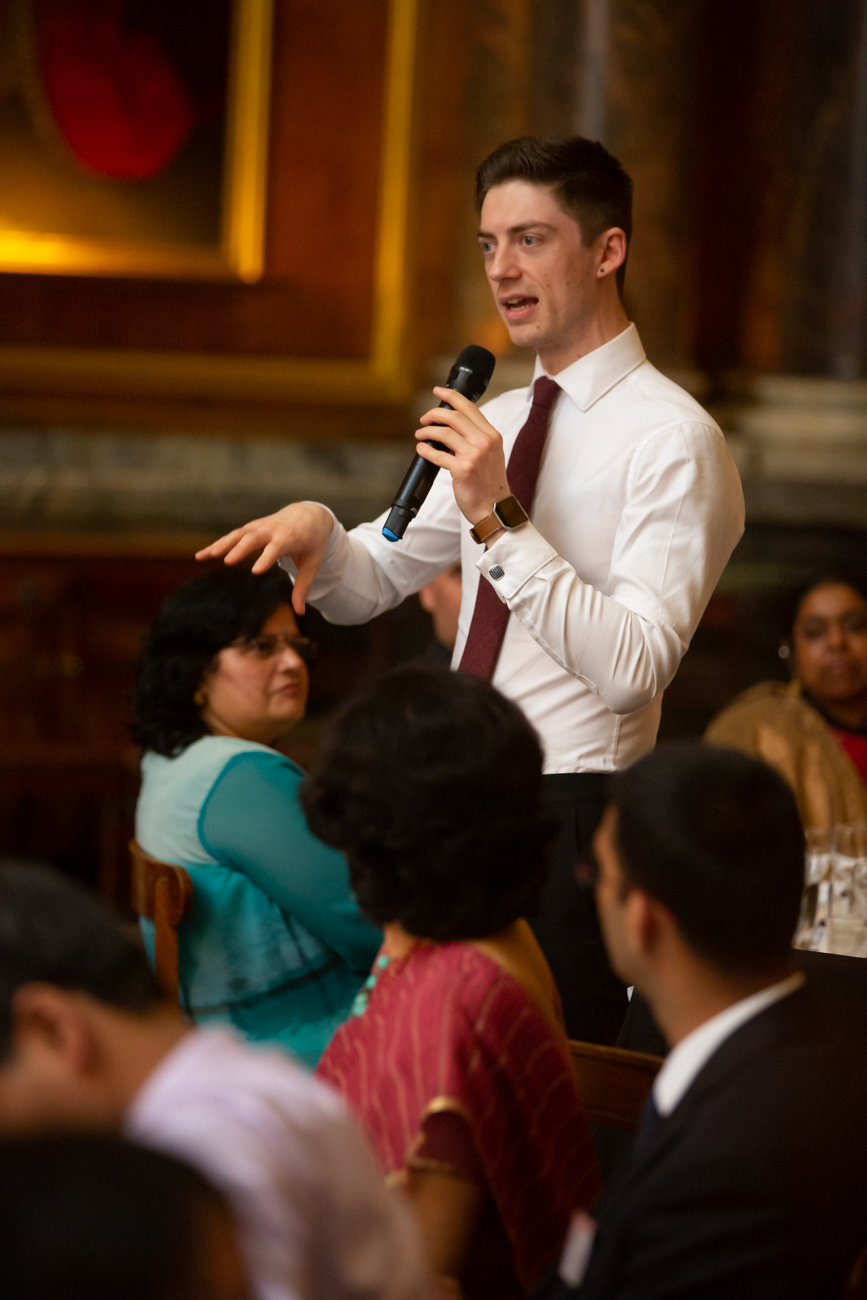 This year, the dinner was attended by a diverse range of fellows representing China, Bangladesh, India, Pakistan, Sri Lanka, Mexico, Serbia, Syria, and Uzbekistan studying at world-class British institutions including King’s College London, the University of Westminster, the University of Oxford, Cranfield University, the British Library, LSE, and the Clore Institute. Ben Coates took the opportunity to thank everyone involved with the smooth running of all fellowship programmes. 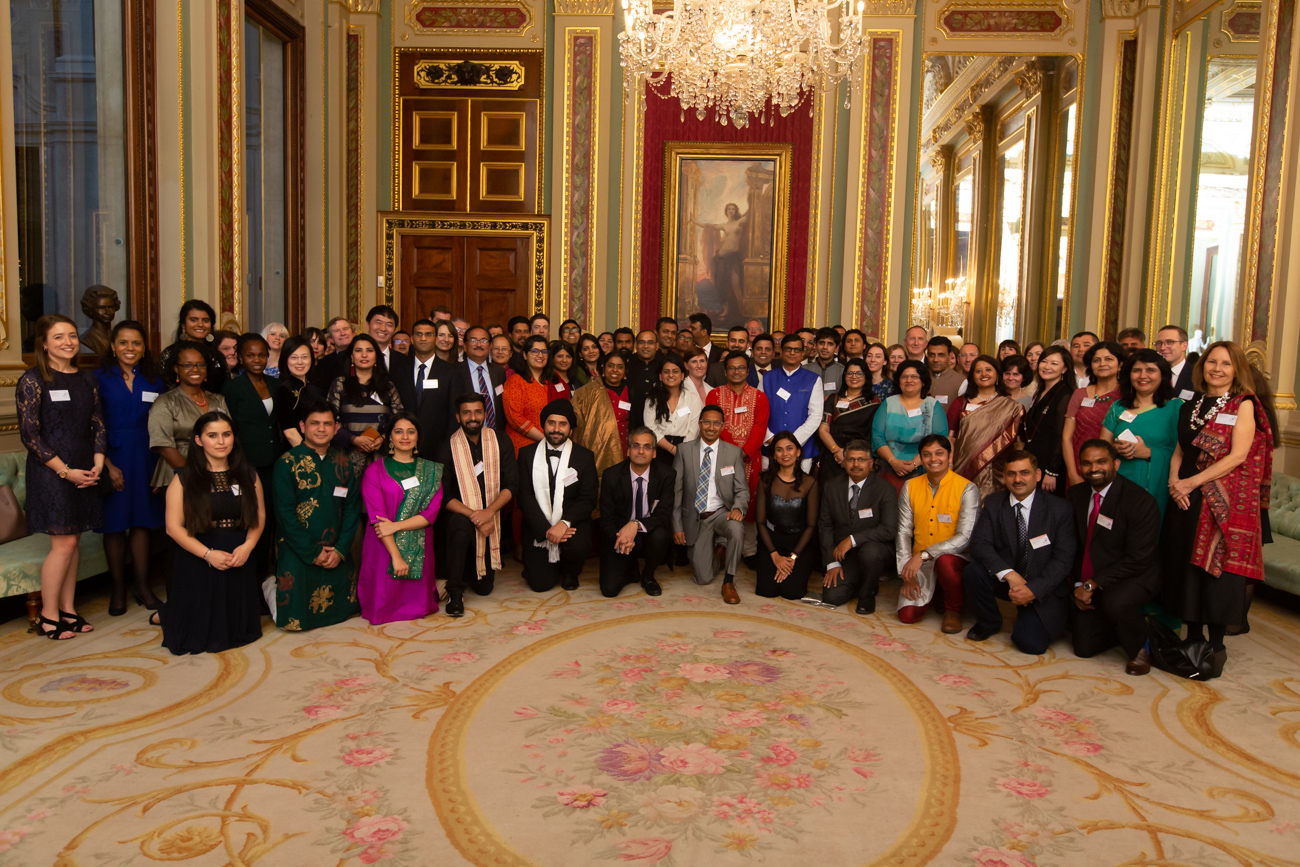 The event recognised the success of Chevening’s current fellowship programmes. Future dinners are likely to feature an even broader range of fellows following the UK Foreign Secretary Jeremy Hunt’s recent announcement of the launch of a new Chevening Africa Media Freedom Fellowship. This fellowship will be open to 60 media professionals from Africa over five years and will focus on promoting and protecting media freedom.

Sixty media professionals from across Africa will have the opportunity to develop their knowledge, skills, and networks as part of a new Chevening Fellowship programme announced by UK Foreign Secretary Jeremy Hunt. The Chevening Africa Media Freedom Fellowship will focus on promoting and protecting media freedom, and forms part of a global effort led by the UK and […] 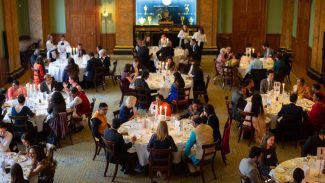 Seventy Chevening Fellows from seven countries and eight different fellowship programmes were brought together for a special networking reception and dinner on the banks of the River Thames. With experts from across professional sectors and countries all convened in the same space, the evening provided a unique opportunity for fellows to form new relationships and solidify already burgeoning […]

Forty-five Chevening Fellows from across six different fellowship programmes attended a special networking reception and dinner at Fishmongers’ Hall, London. The third of its kind, the Annual Fellowships Dinner was hosted by the Foreign and Commonwealth Office (FCO). The evening brought together fellows from Bangladesh, China, India, Maldives, Nigeria, Pakistan, Palestine, South Africa and Sri Lanka. […]