Collective Chevening action for fundraising through a photographic exhibition 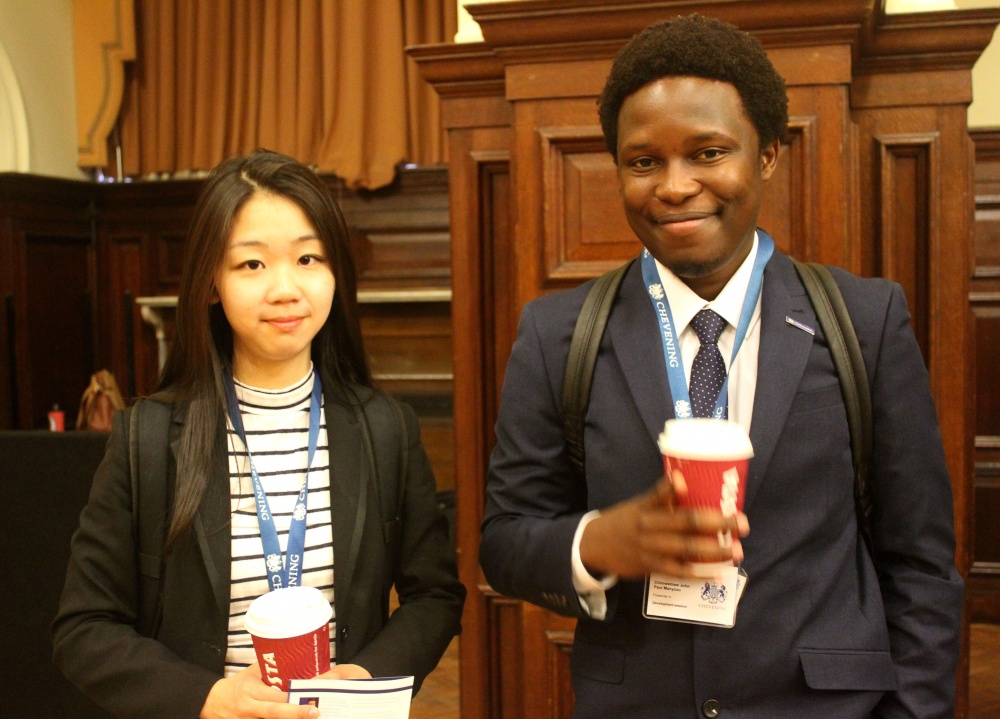 A unique event ‘150 Shades of Perspective: A Photographic Exhibition’ was held at the University of Sussex, organised by a group of Chevening Scholars and other master’s students. The event showcased 150 captivating photographs taken by Chevening Scholar, Mahmudul Hoque Moni, to raise funds for a charity. What was so unique about the event?

Mahmudul was inseparable from his camera. He began a visual diary documenting his very first days as a Chevening Scholar in Brighton. He took snapshots mostly revolving around breath-taking British landscapes, and his friends and classmates in academic or social settings. As well as being a Chevening Scholar, his other identity became ‘resident photographer’.

He had a desire to contribute back to the international community. While sharing the numerous photographs he had taken with his friends at the Institute of Development Studies (IDS), they came up with the splendid idea of connecting his skills to a charity.

The concept was simple; curating a collection of 150 photographs would take students back on a journey of their moments together. These were images they could cherish forever by purchasing them at an exhibition. The result? Mahmudul, a group of nine IDS students and three Chevening Scholars organised a photographic exhibition to showcase his best works.

As Mahmudul put it, ’I am grateful to Chevening for providing me with the opportunity to study at IDS in the UK with the most incredible, multicultural, and supportive people. I am delighted to be able to utilise my artwork to contribute towards a cause. I look forward to making use of this platform to continue connecting students and scholars around the UK.’

The exhibition also featured stunning British sceneries and captivating images of Mahmudul‘s homeland, Bangladesh. Most importantly, the proceeds went towards the Takeaway Heritage Project, run by Euro-Mediterranean Resources Network and UK Refugee Radio. The project aims to capture and share the stories of migrants in Brighton, through a community radio programme in the UK.

Collective action for a good cause

Setting up the exhibition required hard work, but a team of dedicated student organisers, with the pure intention of making a difference, collectively succeeded in delivering it. Some team members thought of enthralling captions for the photos, others designed eye-catching promotional materials for the event. Even the gripping name of the event, ‘150 Shades of Perspective: A Photographic Exhibition’, was thought of by one of them.

IDS Director and renowned Development Researcher, Melissa Leach, delivered a short speech on the impressive group effort in putting together the exhibition for a meaningful cause. Chevening Senior Programme Officer, Louise Thomson, made her way to support the exhibition. Hundreds of people including staff, researchers from IDS, and other Chevening Scholars from the University of Sussex and the University of Brighton also attend the event held on the evening of 29 April.

The success of the exhibition was not only tied to the number of photographs sold, but to the fact that it was a project of true mutual support, particularly among the Chevening community. It was indeed a proud moment for everyone involved to pull off the exhibition successfully. Weeks of solid teamwork paid off. All were in awe of the palette of delightful images. Hopefully, this collective spirit shall inspire the Chevening Scholars in coming years.

Common Purpose’s 33sixty leadership programme brought together 100 exceptional young leaders from the Commonwealth for a few days of in-depth conversations and leadership training. One out of every three people on this planet lives in the Commonwealth, of whom 60% are young people under 30! That is why the programme is called 33sixty. I was recently […] 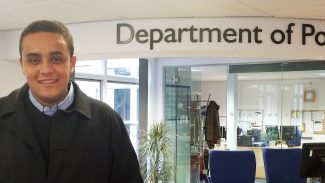 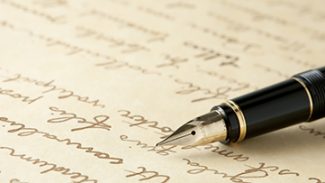 My personal experience as a Chevening Fellow

I was selected for Chevening’s South Asia Journalism Programme (SAJP) in 2012 .This was a short Chevening course, tailor made for South Asian journalists. 14 journalists were selected from Pakistan and India. The two months of this programme were enriched with events and opportunities to experience UK life, showcasing its diversity. We spent a couple […]