Was my Airbnb host a…witch? 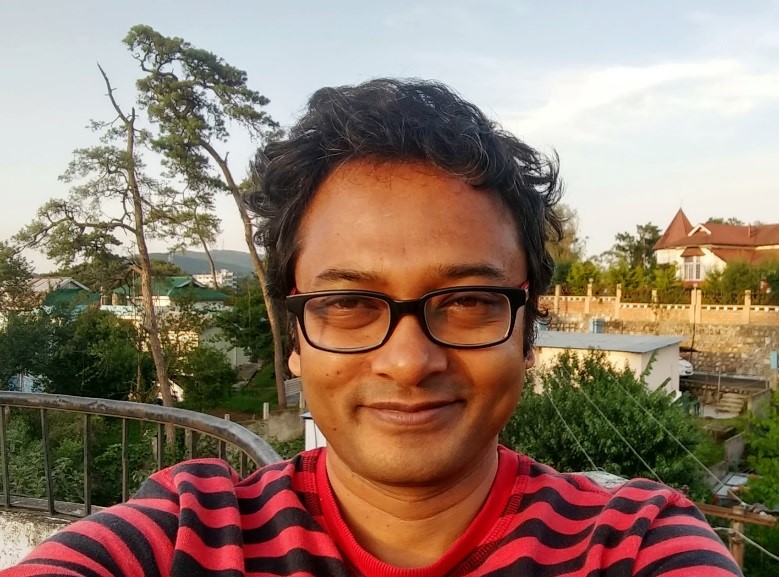 In my defence, I had made the bookings in a rush. I was in London, and my India SIM card wasn’t working so I couldn’t get the one-time passwords required for online bookings. It was only at the last moment that the problem was resolved, and I did all my bookings in one go, afraid that the invisible magic of telecommunications might let me down at any moment, and my cherished trip to the Scotland of the West—I am from Shillong, which used to be known as Scotland of the East—would fail to materialise.

Now I was there, and wondering whether I should have done a bit more research.

Touchwood House, where I was an Airbnb guest, stood by the side of a lonely road that runs along the River Ness in Inverness, in the Scottish Highlands. It was completely screened off by tall trees and bushes. Walking in the grounds in the gathering darkness of the evening, I stopped to admire the grey and hunched building, easily over a century old at first glance. It was a building with character.

There seemed to be nobody about. I spotted an old metal knocker, and then a small electric calling bell, and rang both. Eventually, there was a sound of footsteps. The door opened and a small bright-eyed woman of indeterminate age greeted me with a smile. She ushered me into a richly decorated room before disappearing somewhere inside. Her orange cat, which had sauntered along, stayed to look at me for a while before wandering off.

The room’s interiors were dark old hardwood, with a carved wooden staircase leading up. The carpet was blood red, as was the upholstery. A couple of stuffed owls sat next to the fireplace in one corner. A rocking chair was occupied by a giant teddy bear wearing a pointy hat at whose feet lay a nearly life-size stuffed lion. Next to these were a couple of statues of witches.

I stepped closer for a look and spotted, through the doorway at the end of the room, the orange cat looking at something with rapt attention. It was another witch statue, this one life-size. And there was another one next to it. I looked around more carefully. The walls were hung with old framed portraits, all of women. The volumes on the shelves and those strewn on the table were old books of magic, witchcraft, fairy tales, and the occult.

I was wondering if this was atmospheric décor, or something more serious, when my hostess, who, I now realised, was clad in all-black, reappeared. She led me up the winding staircase, then up another flight of very narrow spiral stairs, to my room, located at the end of a silent and empty corridor. Inside, she began to set the table for three, although I was alone. When I pointed this out, she said she had forgotten and cackled.

I enquired about the house. It had been built, she said, about 150 years earlier, for an old woman who lived there alone. “Who owns it now?” I asked. “Who do you think?” she replied, so I smiled awkwardly and asked if she did. She was evasive. What had happened to the old lady? I queried. “I feel she’s still around,” she replied.

I am a man of science and reason and all that, but science and reason do not preclude the possibility of cults and loonies. I tried to steer the conversation, and my darkening mood, to more cheerful topics. I like cats; I asked the cat’s name. My hostess called out to him and he arrived. “Do a somersault,” she said to him, motioning with her index finger. The cat obediently did a somersault. Cats don’t usually do somersaults on command. I began to worry.

She left shortly after. The room was large, spacious. There were little doors, big enough for a child, at several places. All were locked and led I knew not where. Turning in for the night, I made two discoveries. The door to my room could not be latched from the inside. The room itself was long and rectangular, with sloping sides, shaped just like…a coffin. I messaged a German friend who is interested in the occult to ask if I should be afraid. She assured me there was nothing to fear, and I was probably in the house of a wiccan who was, in the European tradition, a worshipper of nature.

It took me a while to fall asleep. I woke up once or twice because I heard, or imagined, rustles and creaks in the silent, sooty blackness of the night.

Inverness has a rich history of alleged witchcraft, witch trials, and witch burnings that I was unaware of until I landed up in that house. Looking online, I found a book called The Witch Of Inverness And The Fairies Of Tomnahurich, published in Inverness in 1891 by an unnamed author. “History, both sacred and profane, informs us that there have been witches troubling this world of ours from the time of the Witch of Endor to that of the last of the Inverness witches—Creibh Mhor—who suffered for her crimes in the 17th century, as has been related by John MacLean, the Inverness Centenarian,” it began. 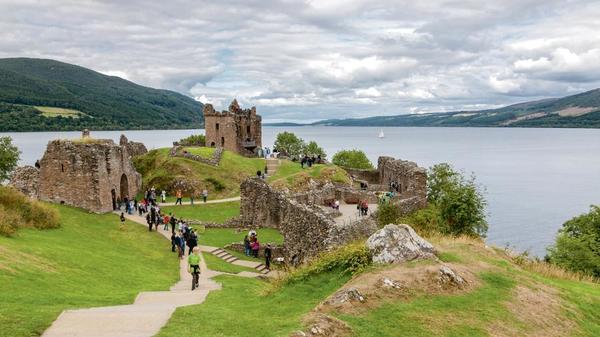 The witching reputation of the Scottish Highlands had impressed William Shakespeare, among others. Inverness Castle was the supposed location where Macbeth murdered King Duncan in his sleep. The three witches of the Highlands wouldn’t have been too far away. Nor are witches and monsters the only unusual creatures said to inhabit Loch Ness and its surroundings. Across the River Ness from Touchwood House, less than a kilometre as the crow flies, is the Tomnahurich Hill where fairies are believed to live. There’s an old story about two Highland musicians who entered the world of fairies and elves in Tomnahurich Hill once, and emerged after a wonderful night of partying and music, to realise that several generations had passed.

Walking paths to the hill wind through magical forested islands on the river and a little bridge. On the other side of the hill is the Caledonia Canal that winds down, like the River Ness, into the Loch Ness a short distance away.

The next morning, I was glad to be out early, sailing down the Caledonian Canal looking for the famed Loch Ness monster; it seemed a more cheery prospect than discovering a coven of witches in my bedroom. It was freezing cold on the deck in the early summer. The Loch was pristine, beautiful and deep. At one point, we crossed the stony ruins of the medieval Urquhart Castle on its bank. Nothing more dangerous than ducks stirred in the nearby waters; perhaps some of the excellent Highland Scotch would have caused the monster to appear before my eyes.

Even without whisky support, there is an element of magic about Scotland. It is no surprise that Shakespeare wrote the witches into Macbeth, or that J.K.Rowling conjured up Harry Potter while living there. Neither of them is the colourful, boisterous magic realism of the sort that India and South America have inspired. A certain quiet darkness pervades these tales of magic, as it does life here. 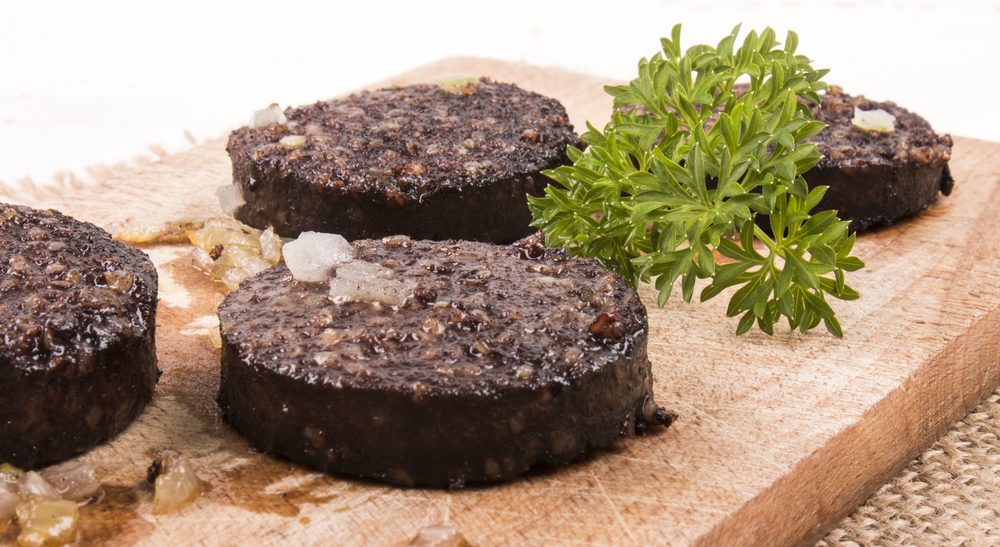 After checking out of the house where I eventually spent two comfortable, uneventful nights—I would recommend it to those who like spooky places—I went to have a traditional Scottish breakfast before boarding the train back to Edinburgh. Among the items on my plate was a round cake of some sort that I deduced was black pudding. After a few bites of the unusual cake, I checked on Google to discover that it is made from pig’s blood.

It seemed the perfect meal to end a visit to Inverness and its monsters, fairies, and witches.

Samrat Choudhury, an author and columnist, was in the UK on a Chevening SAJP Fellowship.

This blog piece was originally published by livemint.com on their website. 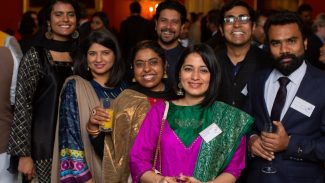