Figuring out how to protect vulnerable people in society from the worst of the pandemic has been a global concern in the past months. Many, particularly the elderly and children, have been advised to remain completely behind closed doors, presenting the problem of how to safely procure food.

Cristina Gutierrez is a Chevening Alumna (2017-2018) from Costa Rica who is part of the Global Shapers community. They have spent the last months trying to remedy this situation with an innovative solution – partnering with Uber Eats to deliver essential items. 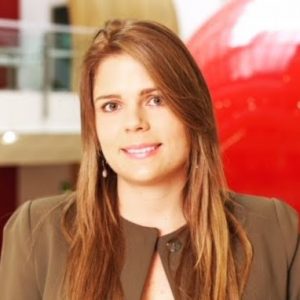 Costa Rica acted early to introduce lockdown, Cristina says. “Almost immediately after the first case was confirmed, the government closed everything (borders; land, sea, and air to foreign travellers; restaurants and events; and also restricted the use of vehicles) – it was a preventative campaign”. The government also developed various programmes to address social need. This was where Cristina and the team, which includes a fellow Chevener, felt they could help.

They began considering how best to get food and essentials to the elderly and children while exposing them to minimal risk. Volunteers delivering packages was suggested as an option, but seemed unreliable to roll out on a bigger scale. The idea to involve Uber came about as a result of a previous network of which Cristina had been a part, working on social projects. One of the people that she had met there now worked for Uber, and gave her a very positive response when approached.

So there they had the transport. Now for the goods. Costa Rica has a couple of local supermarkets – and it just so happened that Cristina’s contact at Uber, had their own contacts in the supermarket world. From that point it all started coming together. 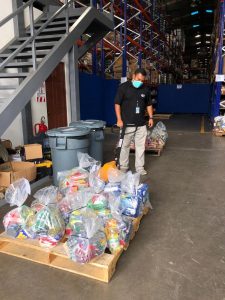 They decided that through an app, people would select whether they wanted to donate food or cleaning products. The information would then go through to the supermarket, they would compile the package, and Uber Eats would deliver it.

The project, now named ‘Solidiarios’ (‘Solidarity’ in English), did however take some time to get off the ground. Cristina estimates that there were about two months where they were in development, and trying to get government approval for their idea. They persisted through the layers of bureaucracy, and the project went live in early June. 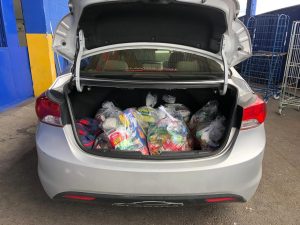 Within the first week they had 140 packages of food and cleaning supplies delivered to 18 different homes for the elderly. Cristina is pleased with how receptive people have been to the project. She says that even in the two months that it took for them to develop their own, lots of other social campaigns have also sprung up, working to mitigate the damage of COVID-19 on the elderly, children and vulnerable. People are clearly ready and willing to help where they can.

As for the future of the project, Cristina has high expectations. The group are aiming to have 1000 packages distributed to the elderly and vulnerable families by the end of the summer – funded by donations from the public. She expects though, that if it is to continue into the longer term they will have to reconsider the model. Perhaps the Solidiarios team will turn to helping the growing numbers of people in Costa Rica who have lost their jobs in the pandemic, she ponders. Time will tell…