To help you make the most of your July, and take the sunny with the rainy, this month’s suggested events include a mixture of indoor and outdoor activities across the country.

It’s a big one for Queen Elizabeth II this year, with her, the nation and the world celebrating her turning 90. Join in the royal party and make a visit to the Queen’s House in Greenwich, London, where from 4 July the Queen’s House will be celebrating its 400th anniversary with a display of the Royal Museums Greenwich art collection. From maritime portraits and fine painted woodwork and ceilings, to a stunning marble floor from 1635 and Britain’s first centrally unsupported spiral staircase, there will be lots to see.

A visit to the Roman Baths is a brilliant experience at any time, but this summer promises to be extra special, with guided, torchlit tours of the 2000-year-old baths taking place every evening throughout July and August. Doors will remain open until 22:00 and there will even be a chance for visitors to combine a tour with a two-course dinner at the Roman Baths kitchen, if they buy a special ‘twilight ticket’.

If you’re a fan of ‘craft beer’ (or curious to find out more), then why not head over to Hawkshead Brewery in the village of Stavely, where the brewery will be hosting its annual beer festival (inside a marquee, so there’s no need to worry about British summer weather). With a selection of breweries each showcasing three or four of their best beers, there will be a wide range of delicious drinks on offer. Situated in the picturesque Lake District, with food all day, live music, great beer and free entry – it’s sure to be a great few days.

Many agricultural shows take place every year across Great Britain, but this is the biggest of the lot. The Royal Welsh Show boasts the best of the best – the finest Welsh livestock and the highest quality Welsh food and drink. Alongside the feasting, the show boasts a range of exciting activities, including forestry, horticulture, crafts, sports and countryside sports, as well as a daily 12 hour programme of entertainment.

Founded in 1822, the Inverness Highland Games is one of the more spectacular of the traditional Highland gatherings. Spectators can enjoy traditional Scottish music and dance, watch athletes from around the world compete in sports such as the ‘Scots hammer’, or witness dancers perform a ‘mass highland fling’. Gates will open at 10:30 and the activity-packed day will conclude in the evening with a boxing tournament and the post-games party. The Games attracted around 7,000 spectators last year and this year’s event is set to be bigger still! 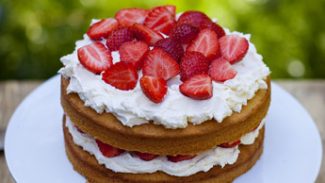 We think we can smell summer, this means we are in the month of June. As we begin to embrace the summery month of June, it’s a chance to indulge in some ice cream, prepare picnics and delve into some of our suggested events. The Queen’s Birthday Parade, Trooping the Colour 11 June, London Although […] 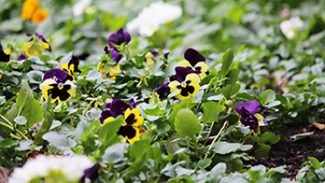 We’ve entered the month of May, which means you should start to notice the sun appearing for a bit longer, and the temperatures starting to rise. With that in mind, this month has a very outdoors feel to it, with all four of our recommended events giving you the chance to get out and about and explore […] 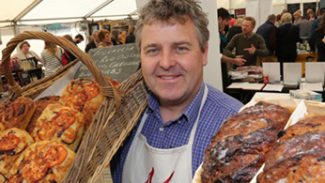 It’s a new month, which means a whole new lot of exciting things to do and see across the UK. We’ve picked out a few which we think are particularly good. Enjoy! The Grand National 7 – 9 April, Aintree You could be one of almost 200,000 who attend what is arguably the UK’s most famous horse […]