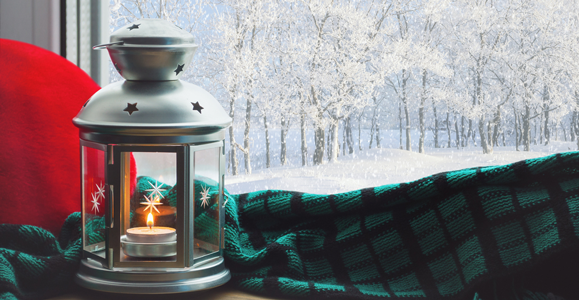 Burns Night marks the anniversary of the poet Robert Burns’ birth on 25 January each year. Held throughout the world on Burns Night (or on an evening close to it) a traditional Burns supper is an evening event that celebrates Robert Burns’ life and work.

In London celebrations will be held at Hammersmith Town Hall. There’s no better way to get rid of those winter blues than three hours of dancing, haggis eating and poetry with friends old and new.

Wassailing is an ancient custom that involves drinking cider, singing to the trees in the hope of a good harvest and scaring away any evil spirits that might be lurking.

Visit the Tor and learn of its mythical history, sing around the trees, hear stories by the fire and sample the juice of this year’s crop. Wassailing at Avalon Orchard will be taking place on 19 January 2019 between 2pm and 6pm.

Take a trip to Newcastle and Join Newcastle City Guides on an informative tour of this historic Grade I listed building on Newcastle’s Quayside.

This tour offers guests a rare opportunity to see the Mayor’s Parlour, the original courtroom and the Merchant Venturers’ Hall.

The Academy of St Olave’s is the City of York’s leading chamber orchestra, based in the beautiful setting of St Olave’s Church, Marygate, in York. The Academy performs three concerts each year, the next is on the 26th of January 2019. A perfect evening for anyone who enjoys classical music.

Hogmanay is the Scots word for the last day of the year. Edinburgh’s Hogmanay shows the world how to party with three days of spectacular events, great music and amazing crowds from every corner of the globe.

Glasgow’s annual folk, roots and world music festival, Celtic Connections celebrates Celtic music and its connections to cultures across the globe. From 17 January – 3 February 2019​, 2,100 musicians from around the world will descend on Glasgow and bring the city to life for 18 days of concerts, ceilidhs, talks, art exhibitions, workshops, and free events.

Manchester Beer and Cider festival will have more than 750 different beers from across the world. The festival will give attendees the chance to hear from three of the country’s leading beer experts.

They will be running tutored tastings, suitably accompanied by generous samples of some of the 600+ ales on offer. The festival will be open to the public from Thursday 24th to Saturday 26th January 2019.

A true Welsh celebration! In a small wooded valley near Fishguard, the inhabitants of Cwm Gwaun are getting ready for their annual New Year celebrations on the 13th January.

They still run according to the old Julian calendar. The Julian calendar was abolished controversially in 1752 and replaced with the Gregorian calendar, which was approved by Pope Gregory XIII nearly 200 years earlier. But the people of the Gwaun Valley resisted the change. Christmas and New Year passed you by a little too quickly this year, or if you’re here on a winter break, head on down to the Gwaun Valley to extend the festive period.

Over one million lights will illuminate the City Centre with a spectacular Light Canopy, glimmering the length of Bow Street.

Lisburn Light Festival will then run every night until 25th January 2019 with daily light shows at 4pm, 6pm and 8pm, each lasting approximately 10 minutes.