The battle against COVID-19 misinformation

The Coronavirus pandemic has affected nearly every walk of life – but one of the biggest battlefronts has been online. The lack of concrete guidance and understanding about COVID-19 has created the perfect conditions for rumours and fake news to spread. This was something that began to be of increasing concern to Tan Su Lin, an alumna from the class of 2018, inspiring her to begin working to fight the spread of misinformation.

Su Lin and her co-founder Dr Mahaletchumy Arujanan, Executive Director of Malaysian Biotechnology Information Centre, therefore decided to start the Science Media Centre (SMC) in her home country of Malaysia, to support the national and local news coverage. While Dr Arujanan has a scientific background, Su Lin’s is in journalism, something that she said made her realise how very one dimensional the coverage of COVID-19 was – amid all the politics and press releases, there was a whole layer of scientific discourse being ignored.

Using the network of contacts from her journalism days, Su Lin and Dr Arujanan created the SMC as an information resource centre, giving journalists somewhere to go for expert reactions on COVID-19 and proper scientific content. They quickly found however, that there were poorly researched online articles gathering a lot of attention from citizens. For example, a hugely popular article at one point was recommending that everyone wash their food with soap to prevent the spread of COVID-19. Su Lin acted swiftly to counter it and guide the readers to an informed position. Clearly everyone was just desperately seeking answers. 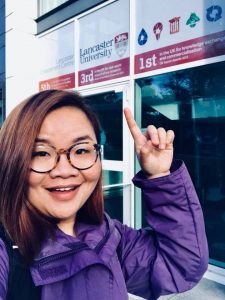 Su Lin during her Chevening journey

This development took Su Lin and the SMC to social media, where they now act to dispel as much potentially dangerous misinformation as possible using hard facts. Each day she monitors the various social media channels, examining the trending topics of the day, and trawling the conversations in relevant regional Facebook groups. Beyond this the SMC began conducting webinars on topics such as the impact of COVID-19 on food security; COVID-19 and fake news; and the connection between COVID-19, climate change and future pandemics.

Within the first month, there were 10k visitors to the site, and conversations on social media began springing up, expressing surprise that a Science Media Centre hadn’t existed before now. This clearly demonstrated to Su Lin that that there was a real appetite for reliable information.

Part of the problem with the battle against misinformation is that COVID-19 has created, to use WHO’s word, an ‘infodemic’, leaving people overwhelmed and unable to distinguish fact from fiction. SMC works to streamline and filter out the noise, in part by limiting their reach to Malaysia. As the COVID-19 situation varies enormously from country to country, Su Lin feels that keeping the SMC Malaysia-based and locally relevant is key to maintaining the reliability of their information. 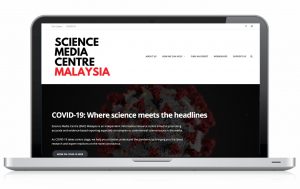 The SMC get most of their expert feedback from local scientists, and even after the pandemic has passed they hope to continue the conversation around science and capitalise on the current interest to keep people invested in science related topics. As Su Lin says, “we have brilliant scientists here – we should be shining a light on them”. She plans to do this by bringing science into the mainstream media and showcasing the local talent and local scientists.

Her feeling is that there’s always been a gap between the science field and the local community in Malaysia. “When I came back to Malaysia from my Chevening year, I had a moment wondering, where should my career go? Either the environmental path or the scientific path.” 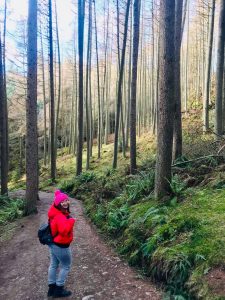 She decided that with her background in journalism, expanding the area of science communications in Malaysia was her calling. She notes, “it’s a huge thing in the UK, but in Malaysia science communications is almost non existent – so we’ve really had to start from scratch.” During her Chevening award Su Lin volunteered at science festivals alongside her Masters studies, leading her to realise this was something she could replicate in Malaysia.

The SMC in Malaysia does indeed collaborate with their UK equivalent, to learn from them and recreate the success that they’ve had. “We just need to keep working to bridge the gap between science and the community.”

“It’s unfortunate that it takes a crisis to bring this to the forefront but the situation is what it is, and it has to progress from now on.”