Chevening Scholars contributed 5,000 hours of volunteering to communities and causes across the UK in 2017/2018, sailing past last year’s total of 3,000 hours.

More than 200 scholars from 61 universities contributed to this total, giving their time to over 300 organisations around the country.

The contribution of 41 scholars, who were among those who gave the most time to volunteering this year, was recognised in the annual Chevening Volunteering Awards Ceremony, held at the Foreign and Commonwealth Office on Thursday, 7 June 2018. 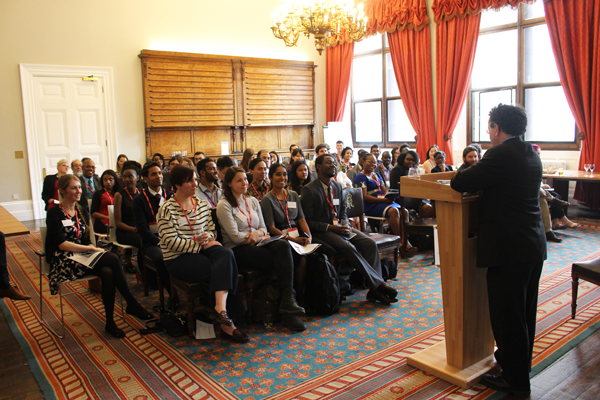 Scholars gave their time to a huge range of volunteering causes in 2017/2018, including gardening, befriending the elderly, charity fundraising, mentoring, supporting refugees, and much more.

The Chevening Community Volunteering and Outreach Programme aims to support, encourage, and document Chevening Scholars’ engagement with their UK communities throughout their time in the UK.

The programme provides scholars with the opportunity to volunteer in both one-off projects, as well as long-term engagement with selected organisations. This allows scholars to increase their understanding of community outreach approaches in the UK, and see how they are applied and delivered by UK organisations. Scholars record details of their volunteering in our Chevening volunteering log.

Ben Coates, Head of the Scholarships Unit at the FCO, welcomed Cheveners to the volunteering ceremony and thanked scholars for contributing to their local communities in such a meaningful way alongside their busy academic schedules.

The value of volunteering

He was followed by Mathieu Pendergast, Senior Project Officer for the Conservation Volunteers; and Sally Haynes, National Corporate Volunteering Manager at the Prince’s Trust. Both spoke about the value of dedicated volunteers to the work of their organisations. 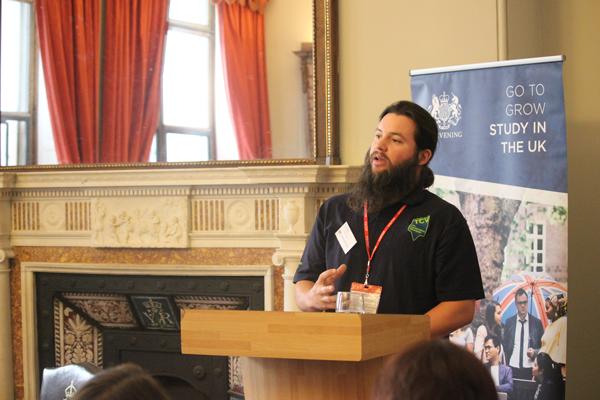 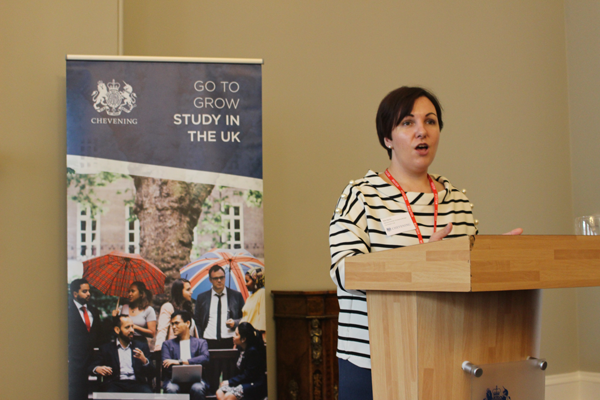 Three scholars were selected to participate in a panel discussion at the ceremony chaired by Jon Benjamin, Director of the Diplomatic Academy at the FCO. They were Leah Schmidt, studying an MPhil in Multi-disciplinary Gender Studies at the University of Cambridge; Rayon Mclean, studying an MA in Applied Theatre (Drama in Educational, Community and Social Contexts) at Goldsmiths University; and Chellah Silavwe, studying an MSc in Information Technology with Business and Management at the University of Sussex. 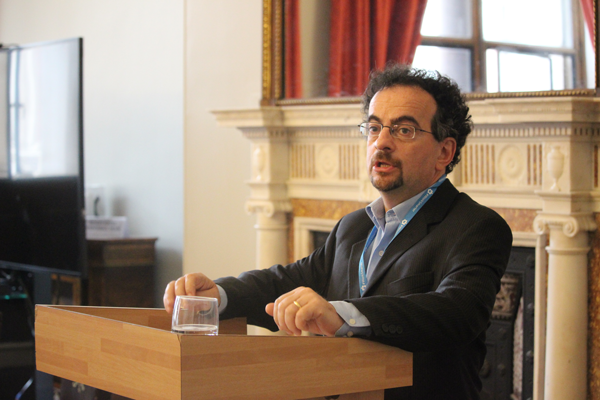 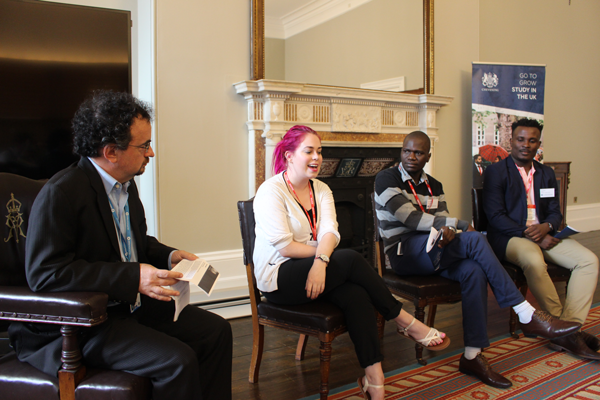 These scholars had all made an outstanding contribution to volunteering in their UK communities and they shared their motivation for volunteering, as well as what their experiences had taught them about the UK.

Jon Benjamin said: ‘Hopefully volunteering has enriched your experience of studying here. You have the chance through volunteering to meet a lot of different people in Britain: part of our very diverse population from all sorts of social, cultural, and geographical backgrounds. I hope that the experience has given something back to you too.’

Mexican scholar Alondra Maradiaga Aguilar volunteered at a school in Coventry alongside studying an MA in International Political Economy at the University of Warwick. 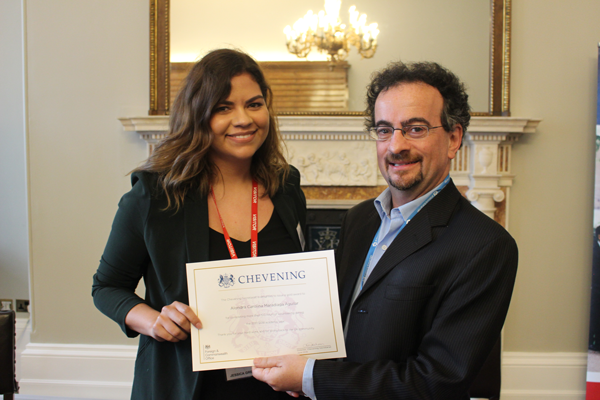 Alondra, who was presented with a gold certificate for doing more than 100 hours of volunteering, helped a secondary school Spanish teacher with her language classes. She said: ‘I liked being with the kids because it took me back to their age. They didn’t know what they would do with their lives in the future so I liked being with them and trying to help them.

‘Volunteering also helped me with my confidence, and improved my public-speaking skills because that is what I had to do in the classes. Through volunteering you get more involved with your community, and I learned more about the UK when I was volunteering than in my normal days at university.’