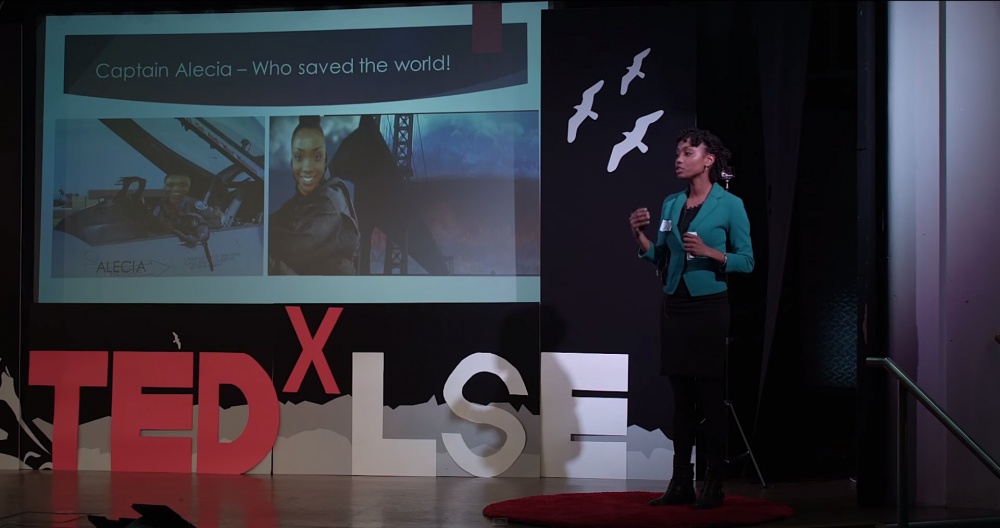 Get up and dream,’ says Chevening’s Alecia

Alecia Maragh, a Chevening Scholar from Jamaica, recently spoke at the Annual TEDx Student competition at the London School of Economics and Political Science (LSE).

As one of Chevening’s Social Media Ambassadors, Alecia inspires people from across the globe on a daily basis to better themselves and push for their goals – and in particular to become a Chevening Scholar.

However, she decided it was time to spread her thoughts in a more demanding setting – on a stage with nowhere to hide. After the event, she told us her story.

‘In November 2014, I saw the call for application for the Annual TEDx Student competition at the London School of Economics and Political Science (LSE). The theme was ‘Dare to Dream’ and the flyer explicitly asked for an interesting and unique approach to the theme. I wanted to apply but I battled with feelings of insecurity. In my mind, TEDx was not just about ideas worth spreading but inspiring, innovative, incredible, potentially world-changing ideas worth spreading. I was not sure if I had that in me.

I pushed away my fears of public embarrassment and I applied. My speech was called ‘Get up and Dream with me.’ I wanted to spread the idea that dreams were crucial to human rights. I theorized that there were four main linkages.

The first point was that by recognizing the dreams in others, we were engaging in a humanizing process which was a counter to the creation of the ‘other’. (The ‘other’ is the construct of other people who could not be understood or related to because they were so fundamentally different than you are.)

The second point was that while dreams were universal, there were unjust, unequal and dehumanizing systems which limited the potential of people to realize their dreams (even basic dreams of basic security and fulfilling their basic needs).

The third point was that dreams were a powerful force of resistance against human rights abuses and I made reference to Martin Luther King Junior’s ‘I have a dream’.

Finally, I sought to inspire my audience to wake up and dream with me by highlighting the gains made in the struggle for human rights. I asserted that the concepts that human rights are universal, inherent and inalienable could be understood as the human species’ uplifting dream for itself going forward.

In order to present a speech that I could be proud of, I spent hours preparing. As you can imagine, my loved ones were asked to edit, listen, critique my speech and assuage my fears. Finally January 28, 2015 arrived and after my impassioned speech, the judges choose me as the champion of the student competition! I was then selected as the sole student speaker at the Annual LSE TEDx event, sharing the stage with well-known experts and established professionals. As such, on March 8, 2015, I went on the stage and gave it my all. I received a host of great reviews. You can see my speech below and I would love to hear what you think!

It was a great experience, which took me completely out of my comfort zone. I learnt so much from the experience. Despite fighting off pangs of insecurity, I dared to dream!’