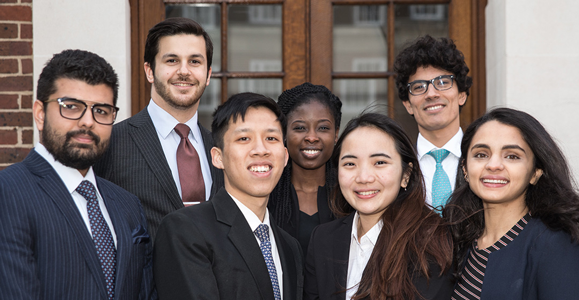 The competition takes the form of a fictional dispute between countries before the United Nations’ International Court of Justice, and is now in its 59th year.

The UK Jessup national rounds were held at Gray’s Inn in February, with the UCL team the second highest ranked team after preliminary rounds. 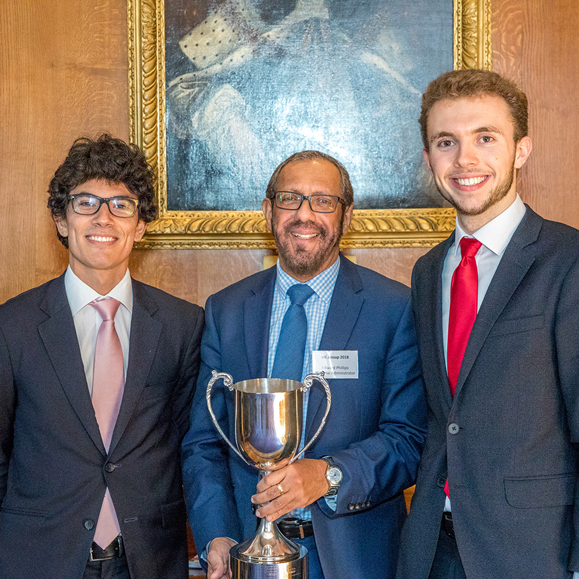 Chevening caught up with Giovanny to hear about his role as team coach at UCL, and to find out more about the team’s journey to the finals.

We wish them the best of luck in Washington DC.

‘Back in 2017, I was asked about Jessup in my Chevening interview. My CV revealed that I had competed in 2009 and coached in other years in Colombia. I told my interviewers that I was convinced Jessup was a life-changing experience and a fantastic setting for exercising leadership and pursuing academic excellence.

‘I also let them know that I was interested in coaching the Jessup team at UCL, which at that moment was already my preferred option. The actual experience came with special challenges. It is normal for Jessup to require meetings every day (including on weekends), huge doses of caffeine for late-night sessions and constant feedback, not always positive, on the students’ deliverables. While Jessup is always stressful, nothing compares with the difficulties arising from working at such a level of intensity with people of six different nationalities. 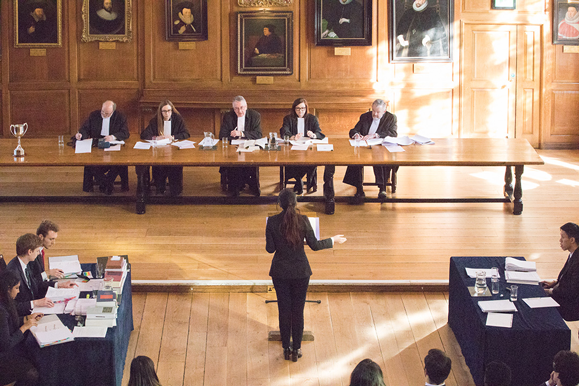 ‘One member demanded a more diplomatic tone, another student more time and guidance. A couple of students required full independence and fewer emails. The co-coach thought my feedback was too harsh, and the team advisor was worried that my words were confusing and not always properly pronounced. They were all right, so I did my best to improve. After finishing the written part, in seeking for sources of motivation, I invited students to a Colombian dinner in my flat at Goodenough College. Anecdotally, the meal did not turn out very well. I forgot that two of the students were vegetarians.

‘On the institutional academic plane, I was very pleased with the resources we were allowed to access at UCL. This was also the first time one of my teams had access to such a wide range of bibliography. In any case, in the only moment UCL’s library proved insufficient, we crossed the street and got the necessary book from the Institute of Advanced Legal Studies. 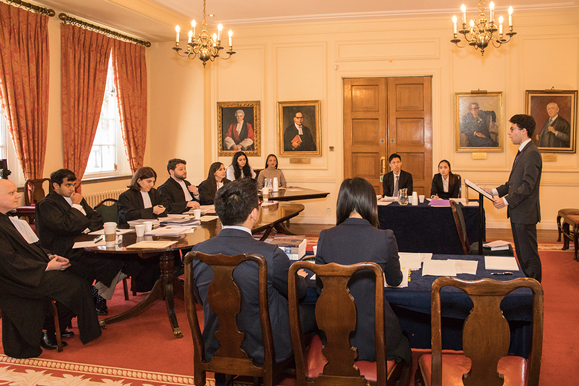 ‘The UK Jessup national rounds were held at Gray’s Inn from 23 to 25 February. After very close rounds against LSE and Oxford University, UCL reached the semi-finals of the competition. In the semi-finals we faced Cambridge University, also a very exciting round. In the final round, students pleaded against King’s College London before a distinguished bench. The bench was made up by David Ian Forrester QC, UK Judge of the General Court of the European Court of Justice; Kate Parlett of 20 Essex Street; Evgeniya Rubinina, Freshfields Bruckhaus Deringer; David Turns, UK Defence Academy; and Sir Michael Wood presiding. As one can tell, Jessup is also a very important networking platform.

‘Since the United Kingdom is entitled to send its best two teams, it will be represented in Washington DC from 1 to 7 April by UCL and King’s College London. My team is now a group of good friends, and we work even harder in preparing for any possible rival. Whatever the result, we made it and it is time to have fun. I feel proud, grateful, and privileged to share this story, one that will always be part of my Chevening experience and memories.’