One of the challenges faced by Eastern Caribbean alumni is one of sheer geography. The seven countries within the grouping are hundreds of miles distant from one another with limited and expensive transport options. At a local level, all the islands have their own alumni group, each of which numbers 20–30 members. These groups are active in promoting the scholarship to students and young people in their countries. In St Kitts and Nevis and Grenada, the very active alumni groups successfully hosted public sessions for students planning tertiary education and beyond.

But getting together as a total Chevening Alumni group is rather more difficult. In January, with support from the Foreign and Commonwealth Office’s Chevening Alumni Programme Fund, group leaders from six countries flew to Barbados to join in a couple of days of activities around Chevening. They were joined by recently returned alumni and other representatives of the island groups, as well as alumni resident in Barbados.

The main event was a keynote presentation by Dr Lennox Honychurch, a distinguished Chevening Alumnus from Dominica and noted Caribbean historian. To the great appreciation of over 40 former scholars, he outlined the role of education in the development of the sub-region, in the independence movements in each country, and the future direction of these small island developing states. The importance of Chevening and other postgraduate scholarships, he said, could not be overestimated in the creation of skilled expertise. In microstates which lack natural, financial, and human resources, the impact of the Chevening Award was critical.

Taking advantage of the presence in Barbados of so many past scholars, the British high commissioner invited senior members of her staff who are active in the sub-region to join the alumni at a networking reception.

A working session with group leaders and country representatives hosted by the British high commission produced a good crop of shared ideas for promoting Chevening, plans for LinkedIn and Facebook groups, and compelling discussions on the potential the groups have for doing good in their own countries. 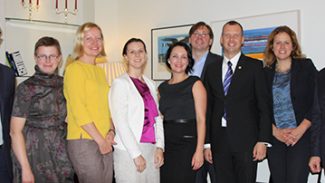 Chevening continues to have impact in Riga

Even though there are no Chevening Scholarships in Latvia anymore, the Chevening Alumni community is active and keen to take part in events organised by the British Embassy Riga. This year the embassy planned a couple of events for Chevening Alumni, many of whom are now working for the Latvian Ministry of Foreign Affairs, in […] 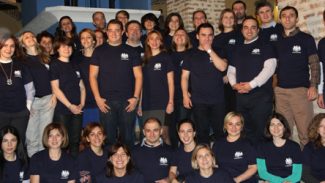