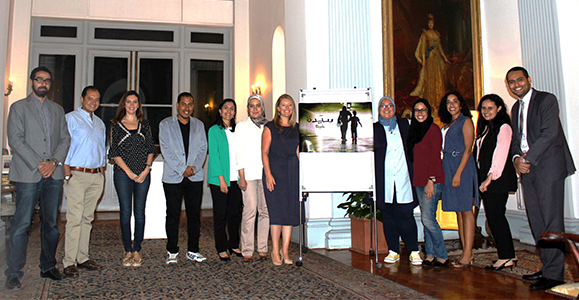 In September 2017, the British Embassy in Cairo held the second ‘Gender September’, which includes a month of events and communications on what the UK is doing to support greater gender equality in Egypt and why it matters. This year’s theme was sharaka (partnership), defined as men and women working together for the good of society.

The month was broken down into four themed weeks: gender in science and tech; gender and education; women in politics; and women’s economic empowerment. Four events were also held, including a football tournament (with STARS); Women in Parliament report launch (Global Partners); FGM panel research (Population Council), and a Chevening film screening and discussion. The screening aimed to bring together young Chevening Alumni, both males and females, to discuss, share experiences and ideas about meaningful sharaka, and propose solutions. The short film, titled Sayeda, was created by fellow alumna Nesma Zazou, who studied for an MA in Filmmaking at the MET Film School in 2015.

Sayeda is set in a real location, on a platform across the public ophthalmology hospital in Cairo. There Sayeda, an Egyptian woman in her mid-thirties, and her seven year old son Salah try to catch the last 30 minutes of Salah’s appointment with a German eye specialist who is there on a charity visit. Unfortunately, a long iron fence obstructs them. The story follows Sayeda’s trials to climb through the iron fence that separates the two sides of the road, symbolising Egyptian women’s struggles and their continuous fight to protect their families, children, and even themselves from social suppressions. 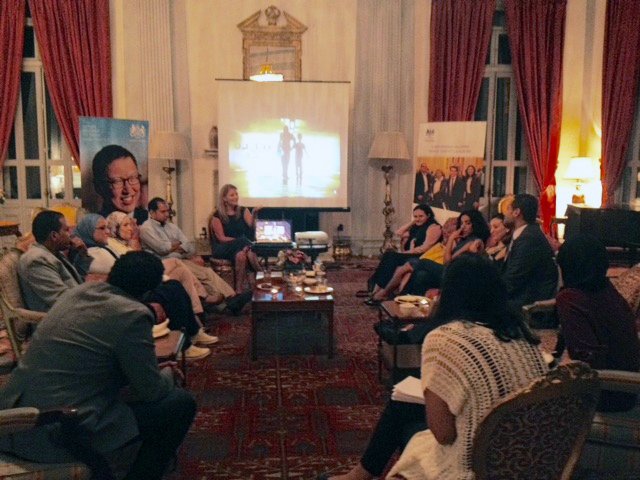 There is an old saying that says ‘You can’t really understand another person’s experience until you’ve walked a mile in their shoes’. After watching Sayeda, the alumni engaged in lively and open discussions under the theme of ‘Walk in my shoes’, where each participant discussed how they spend their day in terms of duties and obligations, including house, children, work, and education. They also discussed how their daily lives differ based on gender, and the different responsibilities and duties required from different genders. Moreover, they talked about the challenges they may face due to their gender, as well as those presented in the film.

One of the participants highlighted that around 30% of families in Egypt are supported by women. Another participant praised the step taken by Saudi Arabia, allowing women to drive and debated whether change should come from changing people’s attitudes first, or if it should come from the government through law enforcement. Participants also discussed how partnerships should not only exist at work, but also at home.

At the end of the event, Nesma expressed how Chevening had made a difference in her life, adding that ‘Both studying in the UK and making my short film Sayeda shares the credit of pushing me away out of my comfort zone, encouraging me to trust my intuition, master the craft then challenge, and never regret a serious trial. Both increased my eagerness for learning and making more films to spread many Egyptian stories around the world.’ 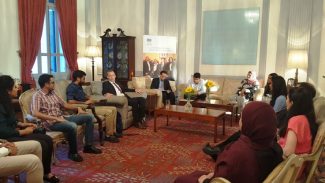 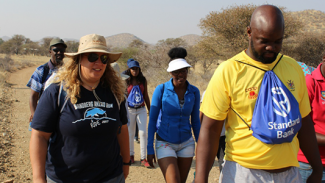 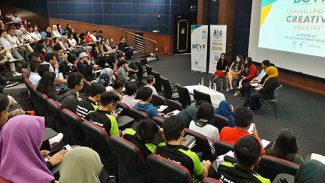