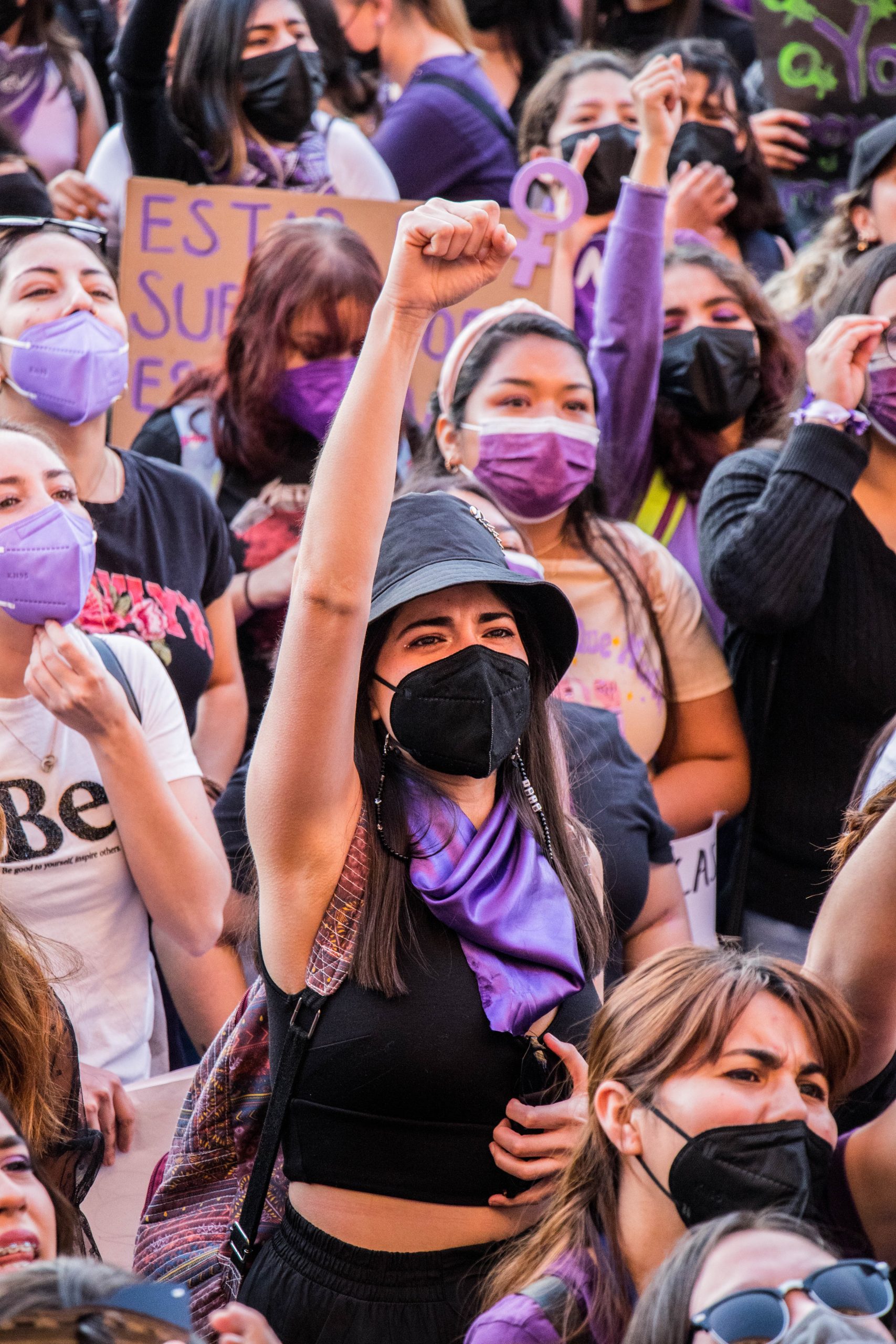 Advocating for a woman's right to choose: A Cheveners story

There are currently estimated to be 218 million women around the world who don’t have access to safe and effective contraception to avoid unwanted pregnancy. That’s 218 million women who are unable to make decisions about their own bodies. Dakshitha Wickremarathne, a 2019 Chevening Alumnus, is working tirelessly to change this in his home country of Sri Lanka. We find out more.

Women are being stripped of the power to decide for themselves whether they want children, leading to a range of health, social and education-related issues, such as increased maternal mortality, and early drop-out of education.

Dakshitha Wickremarathne, a Chevening Alumnus who studied for a master’s degree in Public Policy at University College London in 2019, is working tirelessly to change this in his home country of Sri Lanka, where it is estimated that one in three pregnancies are unintentional and there remains an unmet need for contraception for some.

His work focuses on developing and implementing initiatives to promote the rights of women and girls in Sri Lanka, across Asia, and around the world, ensuring they have the agency to make decisions about their own lives and unlock their future potential.

Dakshitha is the co-founder of a not-for-profit organization, Youth Advocacy Network Sri Lanka (YAN). Since 2015, YAN have been working to improve access to contraception for women and girls with hearing disabilities through the creation of communication and learning tools. A significant achievement was the development of a sign language glossary on gender and sexual reproductive health for people living with hearing disabilities.

This is something they have been able to use not only across Sri Lanka, but have also shared with partners globally to support replicating the same glossary and policy process in other countries around the world. As well as improving access to information, taking a youth-led approach is also at the core of YAN’s approach. Dakshitha has recently stepped away from leadership of the organisation to make way for a new younger set of leaders.

Wanting to build on this experience and accelerate his professional journey, Dakshitha applied for a Chevening Scholarship to develop his knowledge, skills and networks.

Whilst studying at UCL, ranked eighth in the world in the 2022 QS World University Rankings, he was able to gain in-depth knowledge into public policy, and took modules relating to gender equality, and health policy. His education also continued outside of the classroom, as he maximised the opportunity to learn from world-class British expertise in reproductive health. During his time in the UK, Dakshitha volunteered with the International Planned Parenthood Federation’s (IPPF) London Office. IPPF connect organisations working at a grassroots and local level around the world to improve access to sexual and reproductive healthcare. Dakshitha’s voluntary work with them was instrumental in helping him to build relevant connections, providing an opportunity to exchange lessons and advice, and further develop his understanding of the UK’s work on these issues:

“I see the United Kingdom as a global leader in terms of gender equality, particularly sexual reproductive health and rights, and education […] Being a true global leader in terms of not just […] looking at how those aspects are being respected in the UK but also how as a global player [the UK] can support and motivate other countries to also work progressively on gender equality, on sexual reproductive advice and education.”

Working with the UN Foundation: bringing about change on a global level

Since graduating from his Chevening degree Dakshitha has been working as a Consultant at the United Nations Foundation, focussing on gender equality and the intersection of education and health. This has allowed him to directly implement the skills and knowledge gained from his time studying in the UK with Chevening, as well as utilise the global network that he built.

Dakshitha’s role is as a Consultant for the Transition Management Team of Family Planning 2030, a global movement dedicated to advancing people’s rights to access reproductive health services safely. He is currently focused on engaging with partners in nearly 70 countries to develop two hubs in Africa, one hub in the Asia and Pacific region, and one hub for Latin America and the Caribbean. These hubs will make up a new locally focussed governance structure for the programme. The locations were identified as being in greater need of improved access to modern contraceptives, and will provide women and girls with the knowledge, resources, and medication they need to make their own decisions about their bodies.

As part of this work, they are also setting up a new advisory group where they’ll identify local, regional and global champions. These champions will lobby and advocate for gender equality, access to modern contraceptives and access to better education opportunities. 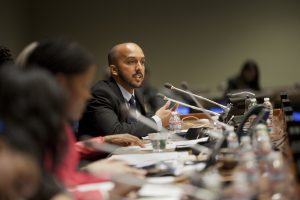 The work of Dakshitha and Family Planning 2030 will specifically impact the lives of women and girls, roughly between the ages of 15-49 around the world. Through their partnership work they are facilitating better access to modern contraceptives for these women, and they are working to ensure women will have more agency to make decisions affecting their lives. The impact of this could be life changing for individuals, but also beneficial to wider society through the engagement of women and girls in employment and education. As Dakshitha highlighted:

“We know that when women and girls are empowered, it doesn’t only benefit them, it benefits the whole of society.”

The impact of this work will not only be felt at individual level, but also at national and international levels.  The partnerships established will also provide technical capacity to government. Governments who might not have the resources to develop policies and programs will get the technical capacity to develop better policies to ensure that the women’s rights are realised and recognised in those countries. Governments will therefore benefit because they’ll be able to have better policies in relation to sexual reproductive health and rights.

The personal and professional networks Dakshitha built whilst studying in the UK with Chevening have supported him to deliver his work more effectively and efficiently. During his time in the UK he built networks with other scholars and students, the Public Policy Association at his university, and with individuals involved through his voluntary work. In his own words, Dakshitha said:

“I had the ability to associate with people, build those relationships with them, truly enriching relationships where I was able to learn from what is happening in different countries… I learnt a lot from them in terms of the kind of challenges they faced, what kind of tactics and strategies they used to address some of those development challenges, particularly on gender and education.”

These relationships have also helped him in his current work, to connect with individuals in the countries he is working in and to gain an insight into the context on the ground:

“It really helped me, because sometimes when I want to get more data or information about a particular country, I’m able to use my connections, my network. I then find people in those countries who would be able to guide me and direct me to sources where there’s data where I can get that information.”

Like many of our alumni, Dakshitha’s work continues outside of their main employment. Dakshitha also serves as a Board member of Women Deliver, a leading global organisation that champions gender equality and the health and rights of girls and women. Their advocacy drives political and financial investment into the lives of girls and women. They gather evidence and bring together diverse voices to spark commitment to gender equality which leads to real results.

Through his Chevening experience Dakshitha has been able to increase his impact as a board member. Women Deliver runs a Young Leaders programme which connects and supports young leaders who are working on issues related to sexual reproductive rights around the world. Following his time on his Chevening award, Dakshitha was able to promote this Young Leaders programme to his connections in the UK and across the Chevening network which led to several of his contacts taking part in the programme, thus being able to increase and maximise their own impact on these issues.

Dakshitha also described how, like many organisations around the world, Women Deliver had a period of reflection and mobilisation following the Black Lives Matter movement in 2020. As governing board members, they were responsible for supporting the organisation through a transformational journey, being accountable to all the members and stakeholders involved. Dakshitha felt that his time studying in the UK and at UCL has equipped him to continue to support the organisation to address these issues in a sensitive and meaningful way:

“Some of the modules I picked help me in terms of looking at these changes from a feminist and human rights lens; but also, being more open and sensitive towards racial discrimination, decolonisation and concepts like that […] I am able to face those unexpected challenges the whole organisation faces better, because of my Chevening experience.”

Next on Dakshitha’s list is improving responses to gendered online hate speech and cyber gender-based violence. In his spare time, he supports Search for Common Ground, an international NGO which is working with the British High Commission in Sri Lanka, funded by the Conflict, Stability and Security Fund at the FCDO, to tackle this issue.

First, they want to understand the extent of these issues and then develop a plan of action to be implemented over the next couple of years. Dakshitha’s role as an advisor to Search for Common Ground involves regularly attending meetings with the British High Commission and working with them to implement change in this area.

Being a recipient of a Chevening scholarship, and an actively engaged member of our community as Vice President of his local Chevening Alumni Association, has allowed Dakshitha to develop stronger relationships with the High Commission:

“I would say, because of Chevening, I was able to have more concrete relationships with the colleagues from the British High Commission specifically […] with the Commissioner herself, and the political officers. So, people know me from a first-name basis right now simply because I received the Chevening Scholarship.”

In the longer term, Dakshitha wants to see through the work he has been doing with the UN Foundation to continue implementing lasting, positive change for women and girls on a global level. He will continue to draw on his Chevening experiences and networks to increase his impact through global, policy-level leadership positions. 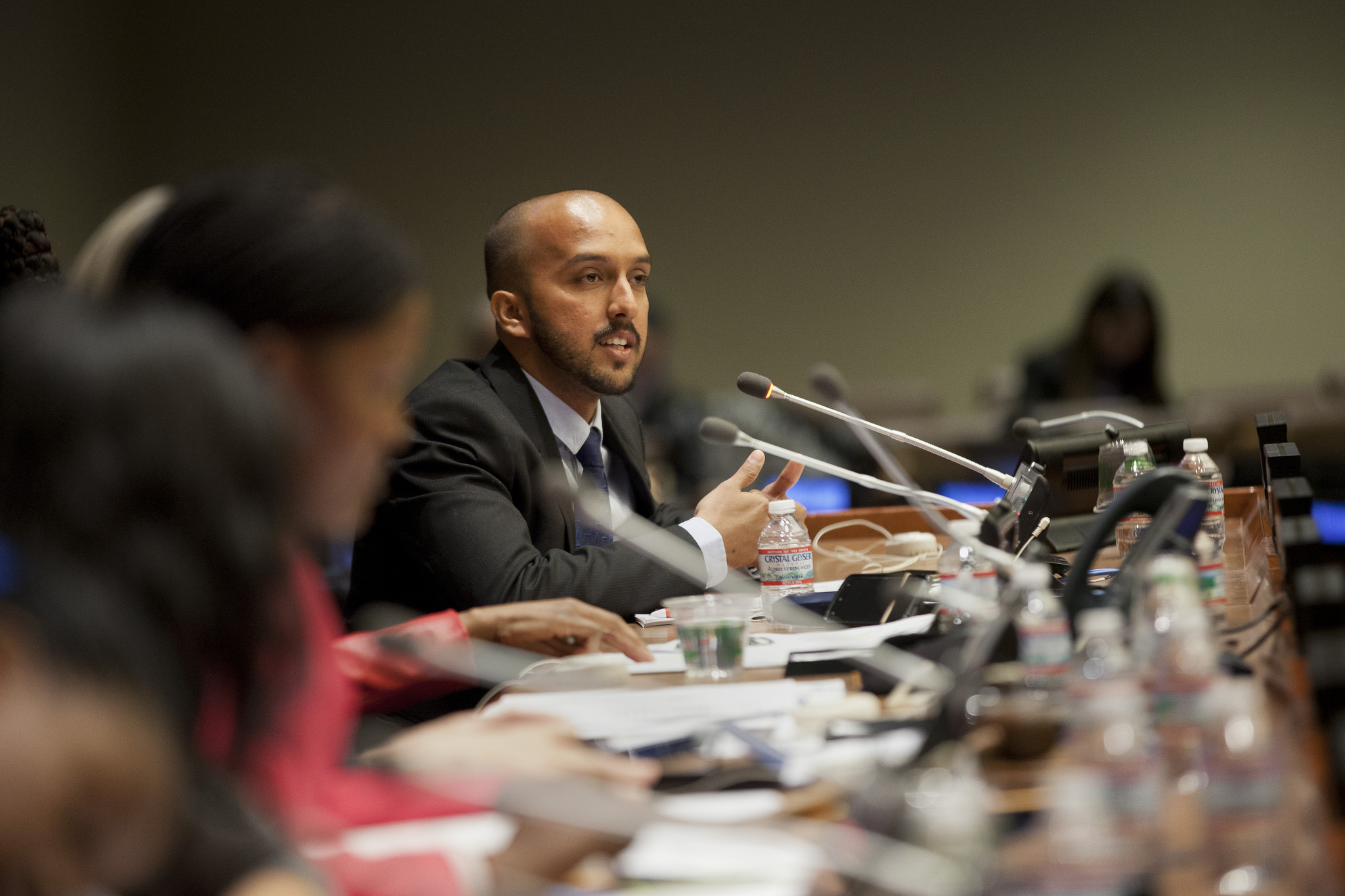 Dakshitha is a leading global advocate that champions gender equality and the health and rights of girls and women. His key achievements include the development of a sign language glossary on Gender and Sexual and Reproductive Health and Rights (SRHR) for people living with hearing disabilities; contributing to the Every Woman Every Child Global Strategy as a member of the Independent Accountability Panel appointed by UN Secretary General Ban Ki-moon; getting appointed as a Board Member of Women Deliver; and setting-up Youth Advocacy Network Sri Lanka, a registered not-for-profit in Sri Lanka. 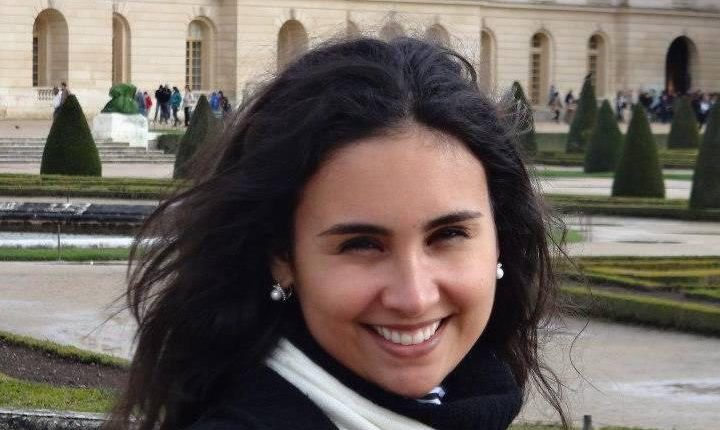 Words really can heal the world. We find out more. 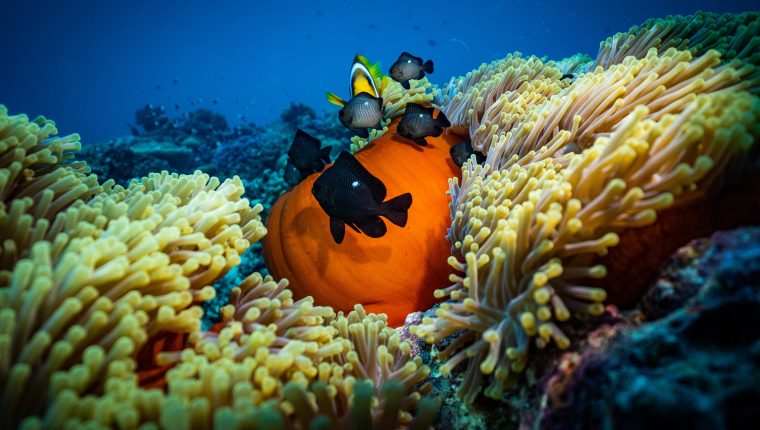 Joining the fight against climate change

Joining the fight against climate change 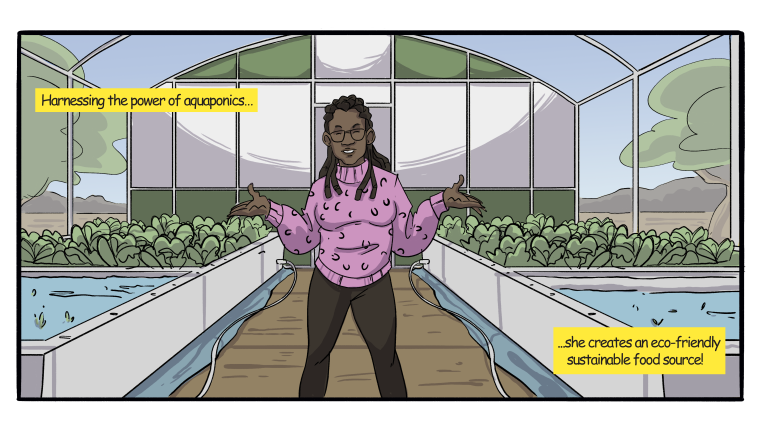 Laura is a Chevening Alumna from Botswana, who is using innovative farming techniques to reduce food poverty.