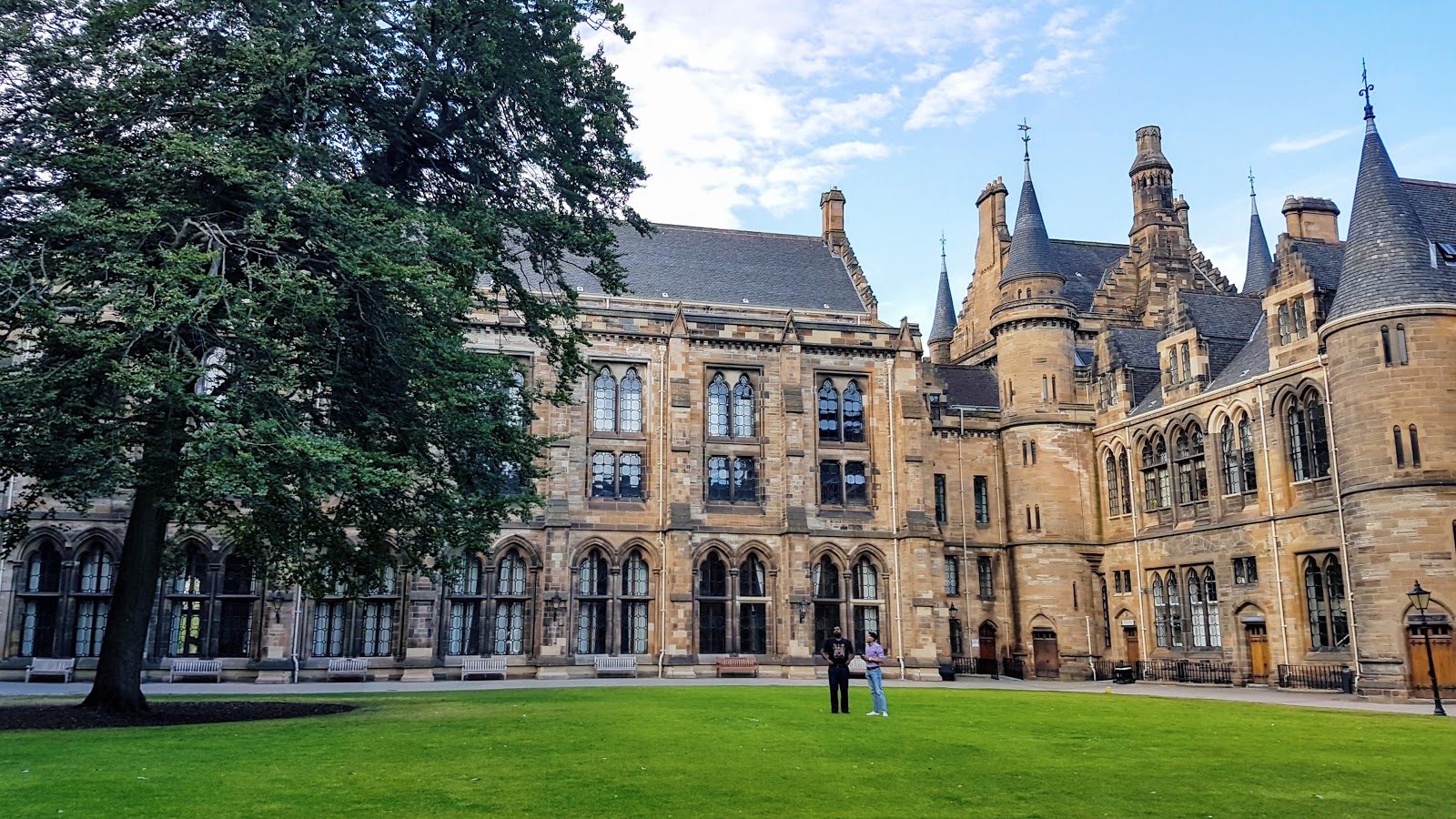 Following in the footsteps of greatness

Due to the critical and creative nature of its higher education, it is no surprise that many of the world’s greatest thinkers have studied in the UK. Sanja Gardasevic highlights some of the most influential people to come out of UK institutions, among them over 100 Nobel Prize winners.

There is something pretty incredible that happens when you walk the same streets as your idols. You wonder if they ever sat in that same spot in the library or ate at that same table in the student centre. You get a feeling that everything is possible and that, just perhaps, you can follow in the footsteps of greatness.

The greatest thinkers and scientists of their time

The UK has a reputation for having some of the greatest universities in the world. In fact, its academic and research institutions have produced over 100 Nobel Prize winners and its legacy extends hundreds of years back in history, to people who set the very foundations of their respective fields.

For example, the National History Museum’s library in London contains the largest collection of work done by Charles Darwin, the father of evolutionary biology, which still drives modern research today. Next, we have John Snow, a father of modern epidemiology, to whom we owe modern waste systems and the popularity of anaesthesia. After graduating from the University of London, he co-founded the Epidemiological Society of London to combat the cholera outbreak.

Two of the most influential people in the field of economics, which I feel passionate about, also originated from the UK. Adam Smith, the father of modern economics, started studying at the University of Glasgow when he was only 14. He went on to write The Wealth of Nations, the first work of modern economics. Decades later, John Maynard Keynes changed the neoclassical approach to government spending and set the foundations of modern macroeconomic theory. In fact, he spent some time living in Brunswick Square, just minutes away from the London School of Economics! 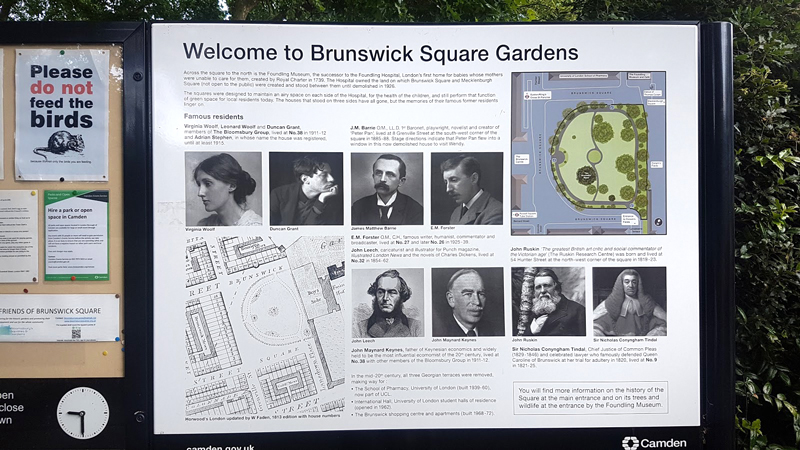 The list of impressive people with remarkable legacies continues with the works of Alan Turing (father of theoretical computer science and artificial intelligence), Sir Isaac Newton (one of the most influential scientists of all time who discovered the laws of gravity and motion, and invented calculus), Alexander Graham Bell (one of the greatest world inventors, best known for inventing the telephone), and Sir Alexander Fleming (bacteriologist and Nobel Prize winner, best known for his discovery of penicillin) to name a few.

Most recently, the world had to say goodbye to one of the greatest theoretical physicists of his time, Stephen Hawking, who left behind extraordinary findings in physics and cosmology, many bestselling books, and a great sense of humour. I cannot even imagine the sense of awe that students must have felt taking his classes at the University of Cambridge, or just having the opportunity to see him on campus.

I spent two days in Oxford and the whole time I was there, I was waiting for the characters from my favourite books to appear around the corner. I kept imagining Lyra and Pantalaimon climbing the roofs of Oxford (Philip Pullman, His Dark Materials); Harry, Ron, and Hermione getting out of the Hogwarts Infirmary, also known as Divinity School, ready for new adventures (J.K. Rowling, Harry Potter); or Ents coming to life from The Botanic Gardens (J.R.R. Tolkien, The Lord of The Rings). I actually met Mr Tumnus, temporarily disguising himself as a plaster figurine at one of the university doors (C.S. Lewis, The Chronicles of Narnia).

I recited ‘My Heart’s in the Highlands’ by Robert Burns during our Scottish Highlands road trip. I tried—and failed—to understand Jane Austen’s disdain for Brighton. Visits to the Lake District and the home of Mr Darcy are still on my bucket list. The same goes for Devonshire to see spots that appeared in Agatha Christie novels and Stratford-upon-Avon, the home of William Shakespeare.

Attracting political and business leaders from across the world

In 2014, the British Council conducted a study that showed that one in ten world leaders have spent at least a part of their educational journey in the UK. Some of the most notable ones are Mahatma Gandhi (University College London), John F. Kennedy (LSE), and our very own Chevening Alumnus and the 48th president of Costa Rica, Carlos Alvarado Quesada (University of Sussex).

A system that puts this much emphasis on critical thinking and research has also produced a number of business leaders, such as George Soros (billionaire investor, LSE), Stelios Haji-Ioannou (the founder of easyJet, LSE), Jimmy Choo (co-founder of fashion brand Jimmy Choo, London College of Fashion) and Reid Hoffman (co-founder of LinkedIn, University of Oxford). 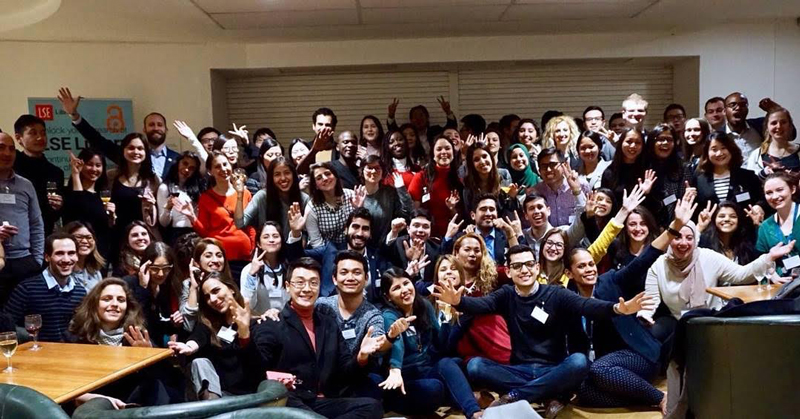 If we are talking about postgraduate studies, 42% of students studying in the UK come from outside of the EU. What this means for you is that by coming to study in the UK, you will gain access to more than just UK culture. Even outside of your Chevening network, you can expect to be a part of a diverse, multicultural environment; to learn with and from bright minds from all over the world. As our dear professor, Dr Saadi Lahlou, would say ‘The greatest value of the year spent in the UK is precisely the relationships and networks you build with classmates, flatmates, and fellow scholars.’

The UK’s education system has produced many notable academic, scientific, and literary works, but I truly believe that there is also something in the cities, nature, and people that make this a special place. What I previously found only in my imagination and vision of the future, in time, became a reality.