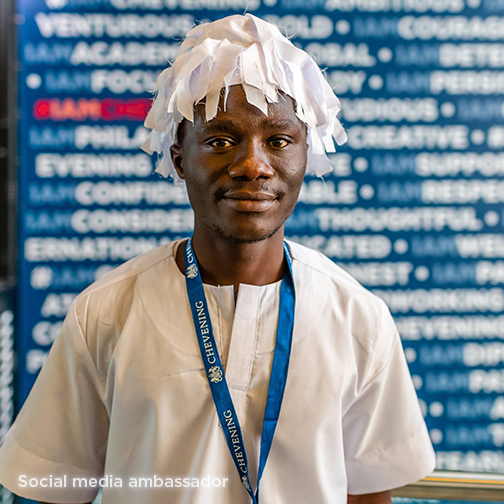 Chevening’s Best of British Presents: Westminster was an event I definitely was not going to miss. Having a strong quest to become a political leader later in life, I knew it would provide relevant insights into and lessons about effective leadership.

The event started with a tour within the Westminster Palace, from the central Lobby, right through the House of Commons Chamber, House of Lords Chamber, Members’ Lobby and the Royal Gallery, bringing to sight gold decorations, huge portraits, statues and other artefacts of centuries old. Each stage came with history and lessons about British politics. 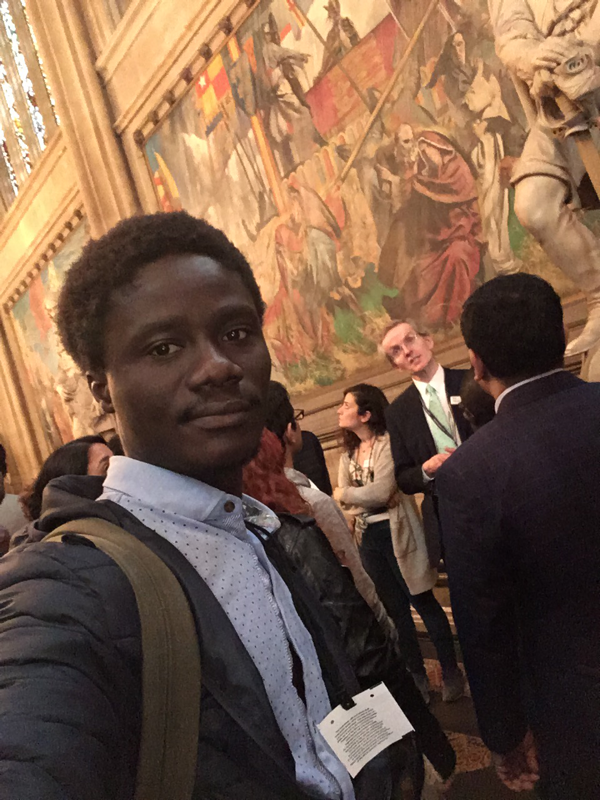 What I learned is expressed in the following paragraphs.

First, there is a unique complementary relationship between the House of Commons and the House of Lords in the discharge of their duties, in ways that guarantee the best of decisions for the UK. The House of Commons, made up of representatives of the general populace, wills more authority – the people’s power – and the House of Lords, which comprises high profiled personalities with lifelong expertise in various professional backgrounds, also clothed with power to together with the former, make laws, check the work of government and debate current issues. As, generally, decisions made in one House have to be approved by the other, the two-chamber system acts as a check and balance for both Houses.

Another aspect of UK politics that got my attention was women’s role in the nation’s political process: the fact that women (Over 30years) were allowed to vote in a general election only in December 1918 with the first female MP, Nancy Astor, elected in 1919, relatively late as compared to countries like the Australia (1902), Finland (1906), Denmark (1915), Russian Republic (1917) and Ukrainian People’s republic (1917). Regardless, I learned of the significant strides the country has made in women’s empowerment initiatives, and if for nothing at all, it’s current Political Leader, Prime Minister Theresa May, is a woman. This year, 2019, the Kingdom is marking centenary anniversary of the election of Nancy, recounting progress made, and what more could be done. The way remains forward, I thought. 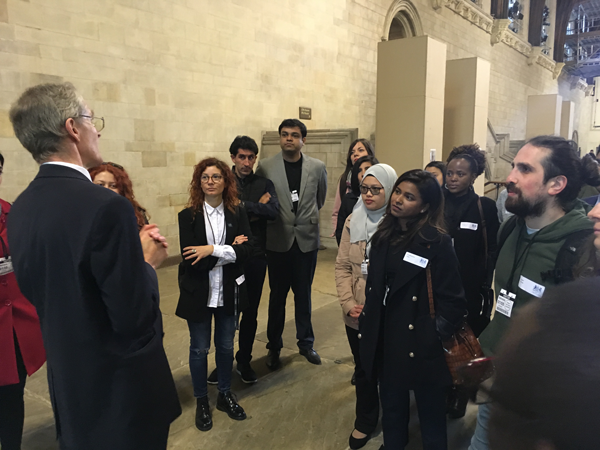 Throughout the tour, a theme which featured quite prominently was “War”, “War”, “War”. For instance, when we got closer to a statue of Winston Churchill, he was described as the War-Time Prime Minister, a connection with Britain’s victory in the Second World War. Also, German Air Force’s campaign of sustained aerial bombing attacks on Britain, in 1941, which destroyed the House of Commons Chamber and damaged the House of Lords Chamber, Westminster Hall and the Clock Tower, during the Second World War, came up at some time.

In the Royal Gallery, huge and imposing paintings stirred us from opposite sides. One was of the death of Nelson on board the Victory at the Battle of Trafalgar in 1805 and the second depicts meeting of Willington and Blucher after the Battle of Waterloo. All these wars and related personalities, in one way or the other, I learned, shaped Britain politics over the years.

Inspiring to me was particularly how through statues, portraits and paintings, leaders whose sacrifices have brought the nation this far, are acknowledged and celebrated. 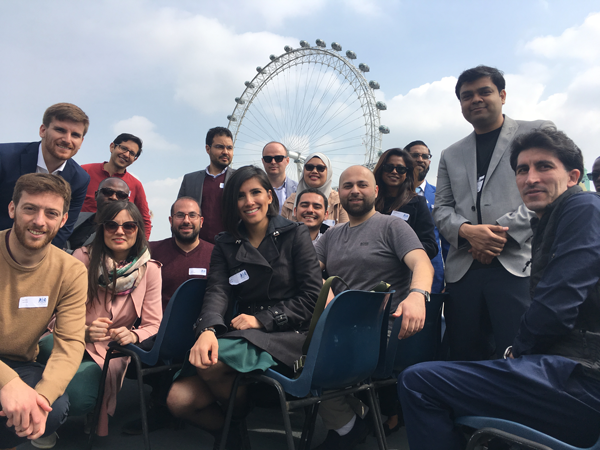 By doing this, UK gives a reverse meaning to the popular saying, “A nation that does not honour its heroes is not worth dying for.”

The day ended with a cruise on the river tames and talks by experts Dr Claire Eustance and Darren Hughes on the past and future of UK politics.

It was a great experience, overall, and I obviously took due note of things that could shape my own values and bring progress to my home country – Ghana.