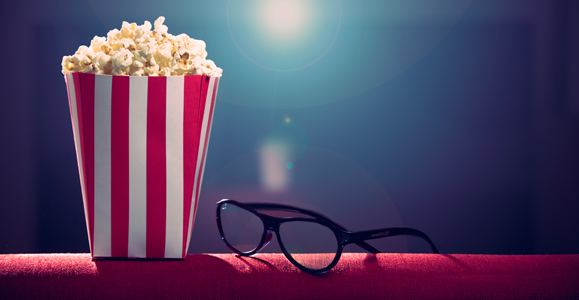 There are over 200 films to choose from at London’s most accessible and exciting film festival.

The BFI Film Festival brings the latest and greatest of world cinema releases to the capital for 12 days every October. With screenings, Q&As, and interviews with directors and producers on offer, there’s always a scramble for seats when the programme is announced.

The BFI’s festival offers an appealing line-up of world premieres, IMAX specials, archive films and animated shorts. Plus, films are shown in cinemas right across London, from the Ritzy in Brixton to the Odeons of the West End.

The Dracula Experience is a unique tour through the Dracula story and the connection to Whitby using animated scenes, electronic special effects, and live actors.

In 1885 the Russian schooner the Demeter was hit by a wild storm and ran aground in Whitby harbour on Tate Hill Sands. Mysteriously, all the crew were dead including the captain, who was lashed to the helm. The instant the Demeter ran aground, a huge black dog was seen to leap ashore and run up the 199 steps towards Whitby Abbey. The dog was known to be one of the many forms into which the vampire could transform itself. Bram Stoker’s Count Dracula had arrived in England…

Go to the quaint bit of Kent that was inspiration to novelist Charles Dickens, drawing him to return time and time again.

Explore the picture postcard seaside town, of which Dickens declared, ‘You cannot think how delightful and fresh the place is and how good the walks’. Sit as Dickens did in Bleak House overlooking Viking Bay where he took inspiration for his work, David Copperfield.

Explore Dickens House Museum, with its wealth of memorabilia and prints – once the home of Miss Mary Pearson Strong, the inspiration for Miss Betsey Trotwood in David Copperfield. There are references to the resort’s most famous visitor and his novels around town – Charles Dickens and Barnaby Rudge pubs, Copperfields B&B and The Old Curiosity Shop.

Book into the Royal Albion Hotel and you could sleep in one of the rooms occupied by Dickens himself!

The medieval town of Conwy is transformed with a weekend festival that boasts the largest celebration of the music, art, and food of Wales. The quayside, castle, and medieval streets burst with flavours, sound, and sights.

Come and dance to Annasach’s Ceilidh Band at their regular ceilidh in the hidden gem of Edinburgh’s Old Town, the Counting House.

The ceilidh will kick off at 20:00 and the dance caller, Tricia, will be there as usual to explain the dances, so all beginners are welcome. Fancy dress is welcomed (but not compulsory) and there will be a prize for best costume!

The Birmingham Black International Film Festival (BIF Festival) is a Film Festival with a difference, incorporating music, live arts, and education while providing platforms for filmmakers and art creatives to exhibit their talents.

Over the last nine years the festival has grown into an established event in the city’s social calendar which continues to attract celebrities and individuals from across the UK and the world. The festival makes use of centrally located venues around the city for ease of access. Most venues are situated within walking distance of New Street train station or a short cab ride away.

Celebrating its sixteenth anniversary, London’s Diwali Festival, which celebrates the Hindu, Sikh and Jain festival of lights, attracts over 35,000 with its lively music and dance stage line-up, alongside an authentic street food market, craft and community stalls, plus dance, yoga, henna art, and much more.

Diwali Festival is organised by the Mayor of London with support from the Diwali in London Committee.

Frieze London features more than 160 of the world’s leading galleries. View and buy art from more than 1,000 of today’s leading artists, and experience the fair’s critically acclaimed Frieze projects and talks programmes

Each year, for the last four years, Frieze London has had over 60,000 visitors. These visitors included those with an interest in the art world, such as curators, artists, collectors, gallerists, and critics, as well as the general public. Some visit as first-time collectors of art whilst others view the fair more as an exhibition, enjoying the experience as a cultural day out.

Manchester Folk Festival is a brand new urban folk festival putting a spotlight on English folk, in all its guises.

With our roots firmly in the traditions of the past, we have our eyes on the future, seeking out new talent and listening for new voices. Manchester Folk Festival presents some of the biggest names in the industry and introduces you to your future favourites.

Contemporary folk straddles genres, embraces different cultures, and absorbs new influences. Our aim is to profile the incredible range of great music that is described as folk and bring you the best of the current scene.

​Light Night Leeds is an annual free multi-arts and light festival which takes over Leeds City Centre for two nights in early October.

​This year’s highlights include a spectacular illuminated carnival parade led by the fabulous Leeds West Indian Carnival, launching Light Night 2017 on Thursday evening. The iconic Leeds Civic Hall will be transformed by a magnificent projection called Out of the Aire, representing some of the many people who have helped shaped the city of Leeds both in the past and present.

See Briggate, one of Leeds’ most famous shopping streets, like never before as it’s lit up by Lampounette – a collection of incredible giant lamps. At Leeds Dock, home of creative communities on the south bank of Leeds, a mesmerising ‘museum of the moon’ will cast blue light over the water.

For hundreds of years the local public house has been the community meeting hub and a great source of tales and entertainment.

Cardifferent takes you on a special and unique journey celebrating Cardiff’s people, streets, and stories. We invite you to discover the historical, religious, and cultural life of the city, where you will be entertained and personally guided by our professional actor duo who will dramatically bring the city’s story alive. The rough guide tour will be bursting with fascinating facts about Cardiff.

Scotland’s longest running contemporary dance festival is poised to return in 2017, running over three weekends in October. DanceLive will embrace a broad programme of live dance and performance events that celebrate creativity, diversity and experimentation within the framework of a dynamic programme of movement, dance, and visual performance.

12 to 29 October
Venues across Bristol, England

You’ll be able to indulge in a fine selection of jaw-dropping circus tricks when the Bristol Circus City festival returns this year.

The biennial festival aims to bring exciting and innovative performance to the city, alongside showcasing work by the very best circus artists in Bristol.

It will mix traditional circus shows – a long-standing favourite of many Bristolians – with dance, theatre and comedy.

The festival will take place for three weeks in October at 15 venues across Bristol, including Tobacco Factory Theatres, Circomedia and Bristol Old Vic.