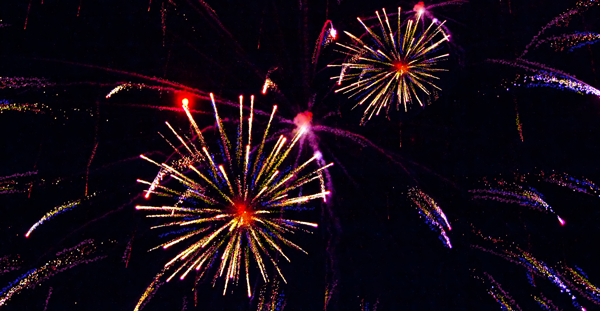 Hogwarts in the Snow: 17 November to 27 January

Harry Potter studio tours get a festive makeover once more this winter, with Christmas trees and a seasonal feast in the Great Hall, decorations in the Gryffindor common room, and snow drifts in Diagon Alley.

Watch the capital’s skyline sizzle and whizzle from a spectacular vantage point, and bring a pocketful of ‘ooohs’ and ‘ahhhs’. Head down to Alexandra Palace and witness a remarkable display of fireworks and spinning Catherine wheels.

Santa Excursion on the La’al Ratty through Eskdale: November

Take yourself on a magical journey on-board the ‘Santa Express’ to meet Father Christmas and explore his Dalegarth grotto in the foothills of one of England’s highest mountains. You will see the magical Cumbrian landscape, from the strategic Roman port of Ravenglass through to the Eskdale valley.

Are you a fan of cheese? Well, you’re in luck. The UK’s biggest cheese festival is back and in Edinburgh.

German Christmas markets have become all the rage around Europe. Birmingham cottoned on to them over 12 years ago, and continues to thrill shoppers with over 180 stalls offering all that Frankfurt can muster.

November welcomes Leicester’s annual literary festival. Organised by the School of English at the University of Leicester, the Leicester Literary Festival celebrates the written word.

Robots – then and now: Until 2 December

Developed by the Science Museum in London, ‘Robots – then and now’, tells the 500-year work in progress story of building automated machines, from their humble beginnings in the sixteenth century to the latest humanoids.