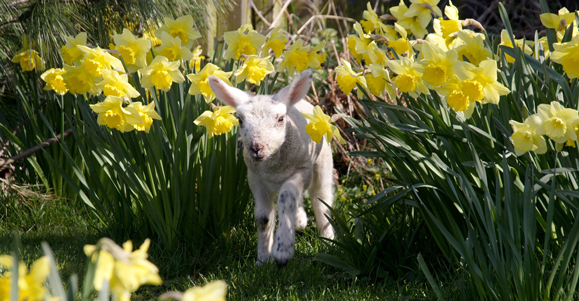 This year we bring you a month-long programme packed with incredibly varied events. Olivia Lomenech Gill – illustrator of JK Rowling’s Fantastic Beasts and Where to Find Them – will give us a fascinating insight into the Wizarding World at Lancaster Castle’s Shire Hall. Throughout the month we will celebrate the north’s independent presses, delve into the Lancaster arts scene, hear from some of the area’s top poets, and conclude with a two-day celebration of nature writing.

Manchester’s radical feminist past is the creative essence behind Wonder Women 2018, as the most exciting edition of the festival yet takes over the city during March for exhibitions, tours, debates, performances, and one-off screenings. Led by the People’s History Museum (PHM), the festival explores Manchester’s legacy as the birthplace of the suffragette movement from a contemporary perspective.

Britain’s first purpose-built public observatory enjoys a magnificent woodland setting on the summit of Balgay Hill. Join them at one of their winter planetarium shows to watch stars and planets through their telescopes, or admire the scenery with some spectacular treetop vistas across the silvery Tay. Take a tour of the night sky in the Observatory’s Planetarium Room and learn about constellations, asteroids, galaxies, and much more.

The Braemar Mountain Festival is a celebration of the mountains in winter and includes workshops on ski touring, winter skills, fell-walking, and avalanche awareness, as well as daytime talks on an eclectic mix of subjects. The evening programme features illustrated talks from esteemed mountaineers, as well as a ceilidh, film night, music and food.

The St David’s Day Run was first organised in 2003 by Mr Huw Lewis MBE. The event highlights and celebrates the Welsh National Holiday on St David’s Day and raises vital funds for charities. Over the years the event has gone from strength to strength and raised thousands. It has become part of the calendar of events for The Motivation and Learning Trust, the young person’s charity.

As the run takes place on the weekend closest to St David’s Day it always attracts some fantastic costumes and takes in some spectacular views of the capital whilst running around Bute Park. The St David’s Day Run has always been a family day out offering a 1k, 5k and 10k race.

Swansea leads the way when it comes to St David’s Day celebrations and this year we have three days of festivities. Enjoy an evening of music and entertainment from over 300 children from local schools as they come together to sing and dance to celebrate St David’s Day in Swansea on Friday. Wander down Oxford Street, Princess Way and around Castle Square on Friday and Saturday and experience the outpourings of flavour, colours and aromas.

Here you will find some of the regions’ very best local producers as they showcase their delicious homemade produce. Live music from local bands will entertain on Sunday while you browse around the Croeso Food & Drink Festival. From 15:00, experience the waves of vibrant colour, music, movement, and dance as ‘Parade Dewi’ makes its way around Swansea City Centre. Join in and wave your flags with pride.

A weekend at the Sage Gateshead gathering together a throng of talented individuals to wrestle, debate, and celebrate the theme of this year’s festival: ‘the one and the many’. Whether it’s the impact of social media, the joy of stand-up comedy, or the future of democracy, we’ll be considering the relationship between the crowd and the individual in our age of hyper-connectivity.

Visit The Forum in Norwich to meet arts and crafts people from across Norfolk, eager to show you how to knit, sew, crochet, spin, weave, print, embroider, quilt, draw, paint, sculpt, and even whittle. As well as opportunities to try out some of these skills for free, there’s a programme of bookable workshops, fascinating talks, and open exhibitions. Everyone is welcome at Maker’s Month and entrance is free. This is your chance to learn something new and discover just how creative you can be.

Paternoster Square is turning yellow again as 4,000 illuminated daffodils pop up in the space to mark the Great Daffodil Appeal 2018. Each handcrafted flower will represent the people the terminal illness charity will support throughout the month of March. The flowers and a series of beautiful stained-glass walls will be illuminated at night to symbolise the work of Marie Curie nurses and hospices for those who are affected by terminal illness, and their families.

The race starts and finishes in Great Pulteney Street, in the heart of the UNESCO World Heritage Site of Bath. The two-lap 13.1 mile course is enjoyed for being fast and flat, making it ideal for beginners, charity runners, and athletes looking for a PB. Each year the race sees a strong British elite field and a large number of celebrities who are attracted by the stunning setting, fantastic crowd support, and the promise of a good finishing time.

The British Dal Festival will celebrate the magic of dal and similar pulse dishes from around the world. There will be plenty of opportunities to share, enjoy, grow, and learn about dal including a ‘dal trail’ around Bristol’s restaurants. The festival also includes a free dal lunch at Bristol Farmers’ Market, and street food, market stalls, children’s activities, and demonstrations from chefs and experts at the Grand Dal Finale on 25 March.

In celebration of their exhibition Dartmoor: A Wild and Wondrous Region, RAMM museum in Exeter has teamed up with the Exeter Phoenix arts centre to showcase a series of films that have been shot on or inspired by Dartmoor. Each performance will include an introductory talk and films include The Hound of the Baskervilles (1959) – the first colour Sherlock Holmes feature film, and the Oscar-nominated War Horse (2011).

The annual Belfast St Patrick’s Day carnival parade will be held on Saturday, 17 March, bringing together sporting and cultural societies, community and voluntary associations, youth, church, and parent groups, and individual performers in one of the city’s largest, most vibrant parades. The streets will be awash with colour as the parade departs from Royal Avenue at 11:30 and finishes at Writers Square. After the parade, there will be a free-to-access concert at Custom House Square from 13:30.

The daffodil is the national flower of Wales, which celebrates its national day on 1 March. It’s also around this time of year when daffodils start to bloom, signalling the start of spring and bringing a sea of yellow to the gardens of England. Find out where you can see some of the best daffodil displays across the UK here.