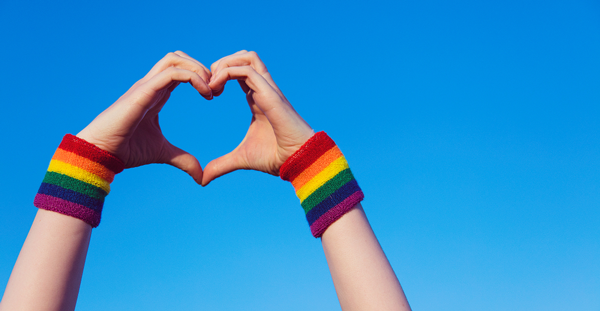 Celebration, diversity, activism, a demonstration — whatever it means to you, Pride in London is back and set to be the biggest yet. Over a million people attended pride in London 2018, marching, dancing and laughing to campaign for the freedoms that will allow them to live their lives on a genuinely equal footing. The summer will feature parades across most major cities in the UK, and London’s is always unmissable. The parade sets off from Portland Place at 12pm (midday), moving down Oxford Circus, along Regent Street to Piccadilly Circus, Lower Regent Street, Pall Mall and then passing Trafalgar Square before finishing on Whitehall.

The BBC Proms is a classical music festival held every summer at the Royal Albert Hall in London. It aims to bring the best in classical music to the widest possible audience during an 8 week stretch of concerts, workshops, talks and family events. Concerts are uniquely informal and affordable, allowing you to enjoy world-class performances for just £6.00 each.

Buckingham Palace is home to over 775 rooms, 19 of these are State rooms along with 52 official royal bedrooms and guest rooms. Visit the official London residence of the Queen, as Buckingham Palace opens its doors to the public every summer. Explore the lavishly furnished State Rooms of one of the world’s few remaining working royal palaces, and look out for some of the Royal Collection’s greatest treasures on display. Entrance to the palace is by timed ticket with entry every 15 minutes throughout the day and are available to purchase here.

Winchester Festival will offer a programme of talks from Charles Spencer’s account of Charles II evading capture by Cromwell’s army to Andrew Marr’s history of modern Britain and Simon Schama’s contemporary reflections on the arts, politics and food. The concerts will bring you music from the Sistine Chapel, Renaissance repertoire from Spain, Portugal and the New World and a quintessentially English evening of Elgar and Vaughan Williams in the Cathedral.

Bristol hosts a number of outdoor events and festivals over the summer, and the Harbour Festival is not to be missed. The festival is free and brings over 250,000 people together each summer to celebrate the city’s rich maritime history and enjoy some of the city’s best music and entertainment. From the SS Great Britain all the way into the heart of Bristol, tall ships, music stages, dance areas, food markets, water display teams and circus acts combine to ensure that everywhere you turn, there’s something to delight and entertain.

The International Air Day is one of the Royal Navy’s premier public events. RNAS Yeovilton, the spiritual home of the Royal Navy’s Fleet Air Arm, will open their gates to up to 40,000 visitors to enjoy the magnificent five hour flying display, meet Armed Forces personnel and see their equipment up close. There will also be a huge array of educational ground attractions from interactive Service displays to engineering fairs and state-of-the-art defence technology exhibitions.

Wollaton Hall and Deer Park is a spectacular Elizabethan mansion and park in the heart of Nottingham. This summer, once again, boosts a fantastic programme of open air theatre performances in the splendid grounds surrounding the house.

This award winning festival will return to the fields of the beautiful Lake District this summer. Kendall Calling is a music and arts festival, held annually at Lowther Deer Park. It has grown from a 2 day, 900 capacity event to a 25,000 capacity 4 day music festival and attracts major acts.

Bring a picnic and grab a deck chair! Screen on the Green has returned to Newcastle this summer and will bring you two films every single day from July 22nd – September 1st. This year will see the biggest ever Summer of Sport at Screen on the Green, featuring the Cricket World Cup, the Women’s Football World Cup, Wimbledon, the Tour de France, British Grand Prix and the Women’s Netball World Cup.

Taking place at Cardiff Bay, this is one of the city’s signature summer events. This celebration of home grown produce and irresistible street food promises to offer food lovers a mouth-watering experience. Sample a vast array of food from local, national and international producers. Chill out with live music on the water’s edge, stroll around the producers fayer and enjoy the sights, tastes and smells of summer.

The free Wales Airshow returns to Swansea Bay this July. Breathtaking aerobatic displays, state-of-the-art military aircraft and vintage planes from the past will thrill tens of thousands of visitors. This year’s show will be bigger than ever before, with exciting air display teams and entertainment.

Join thousands of people as they celebrate The Twelfth, the biggest annual festival in Northern Ireland. The celebrations showcase aspects of Ulster’s rich heritage and culture such as Orange Lodges, marching bands, fife and drums, flute music and the resonant sound of Ulster’s unique Lambeg drum. The Twelfth, as it is known locally, refers to the 12 July, which is a Public Holiday in Northern Ireland. On this date in 1690 King William III, Prince of Orange, defeated King James II at the Battle of the Boyne.

The theme for this year’s festival is Exploration and its line-up offers a myriad of ways for you to do that! The Summer Streets Festival is a large scale arts festival located within the heart of the city. It offers free aerial performance shows, workshops, street entertainment, music, crazy golf and more. The programme includes a spectacular show in City Square, from All or Nothing aerial dance company, free come-and-try aerial workshops, crazy golf from Drumoig Golf Centre, wandering street performers and local talent playing music on the streets. A Farmers Market and local street food traders will offer festival refreshments.

The Merchant City Festival is a wonderful celebration of creativity which brings carnival to the streets and venues in the heart of Glasgow. The next performance is always just around the corner as artists, musicians, dancers and all kinds of live entertainers join the one of a kind programme. With artisan goods stalls and brilliant food and drink on offer, a visit to the Merchant City Festival suits all ages and promises an unforgettable celebration of Glasgow in the height of the summer.

Edinburgh Art Festival is the platform for the visual arts at the heart of Edinburgh’s August festivals, bringing together the capital’s leading galleries, museums and artist-run spaces in a city-wide celebration of the very best in visual art. Each year, the Festival features leading international and UK artists alongside the best emerging talent, major survey exhibitions of historic figures, and a special programme of newly commissioned artworks that respond to public and historic sites in the city. The vast majority of the festival is free to attend.