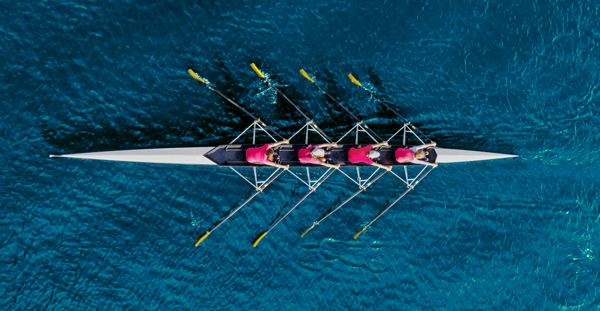 London and the South East

Watch the historic Oxford-Cambridge Boat Race, which has taken place annually since 1829. The race is a contest between rowing crews from Oxford and Cambridge Universities and takes place on the River Thames in south-west London between Putney and Mortlake.

Join the crowds to cheer on the runners at the famous London Marathon. Have a chance to glimpse the world’s elite speeding by, including Eliud Kipchoge, Mo Farah, Mary Keitany and Tirunesh Dibaba.

Immerse yourself in the story of England at the biggest, most action-packed St George’s Day celebration in the country. You will experience a weekend of shows, battles, games, performances and activities, culminating in England’s most legendary battle.

Engage in a multitude of fun activities and learn about why Bath became a world heritage site. You might even get a chance to meet historical characters that helped shape this World Heritage City including: 18th-century architect John Wood; a Georgian builder; and Major Charles Davis, the Victorian city surveyor and architect who was instrumental in the excavation of the Roman Baths.

Celebrate William Shakespeare’s birthday in style at his birth town of Stratford-upon-Avon! The Bard’s party will bring together performers, artists and fans from all over the world. You will also get to enjoy a variety of street entertainment including Tudor party games and re-enactments of famous scenes from some of his best works. Don’t forget to treat yourself to a slice of birthday cake at any of Shakespeare’s five Family Homes (including Anne Hathaway’s Cottage)!

Participate in the village of Marsden’s ancient Cuckoo Festival, which takes place every year on the last Saturday of April. The festival celebrates the arrival of spring. Many years ago, the people of Marsden believed that the cuckoo brought spring and sunshine to the village so they tried to build a tower around the cuckoo so that the sunshine would stay forever.

Bid farewell to the winter months and say hello to warmer weather at one of the largest Iron Age Celtic rituals. You will enjoy dazzling fiery displays, elaborate costumes, and interactive performances.

Whether you are a scientist or you are just interested in science, this event is one that you should not miss. This year’s theme is ‘Frontiers’. You will get an insight into the boundaries of knowledge and the spirit of adventure and enquiry that drives science, technology, engineering and mathematics.

Travel back in time and see the mighty siege engines in action at Caerphilly Castle for a weekend of medieval fun. The huge siege engines will be fired by members of the Company of Chivalry while visitors may be given the opportunity to have a go at firing a mini trebuchet made especially for the event.

Experience the evolving culture of film patronage and filmmaking in the city of Belfast by attending this year’s Belfast Film Festival. You will have the opportunity to see the best in new, short and classic cinema.