It is estimated that there are over 30,000 registered places of worship in the UK from historic churches, mosques, and temples to smaller independent locales. Although its purpose has never been confirmed, it is widely believed that Stonehenge in south west England is the oldest existing place of worship in the UK, and we can attest, it is surely divine enough. In this scholar blog, our scholars share some of the most divine places of worship they have visited in the UK. 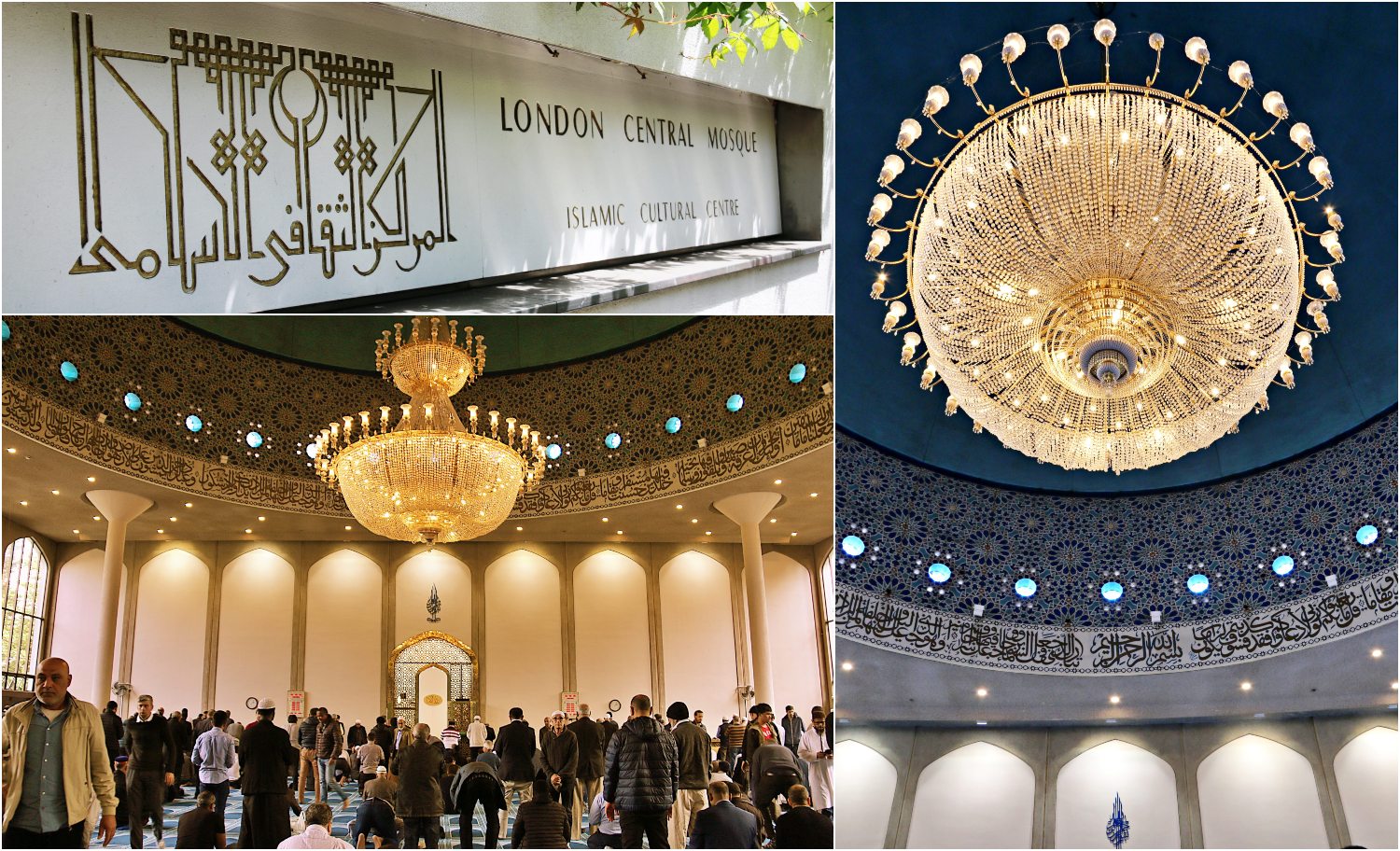 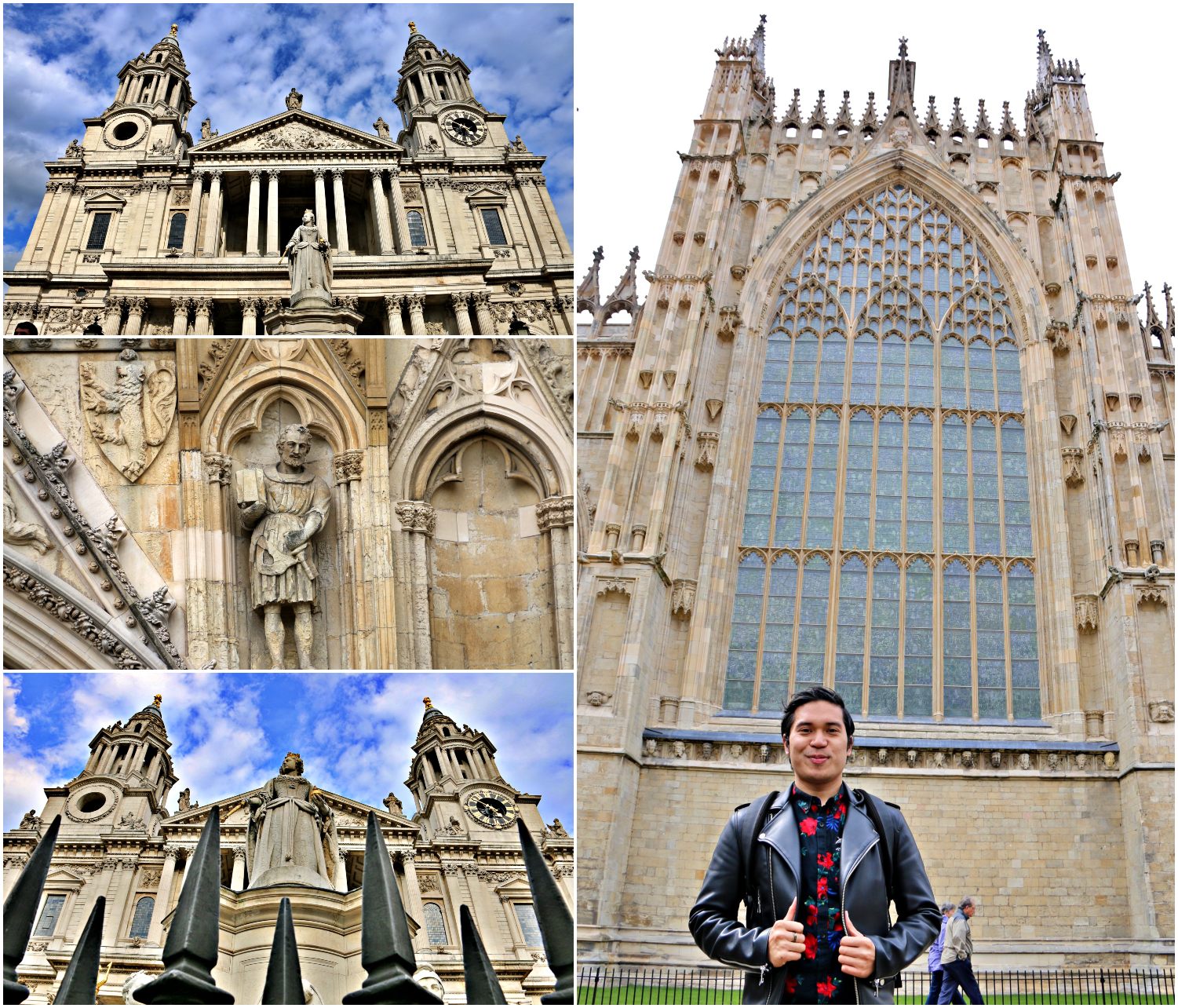 ‘I have prayed at mosques in London before but never have I stepped foot at the larger ones in the capital until a recent Friday where I joined the mass Friday prayers at the London Central Mosque near Regent’s Park. The London Central Mosque that was officially launched by King George VI in 1944 can accommodate more than 5,000 people – both men and women – and has a breath-taking chandelier surrounded by a decoration of Islamic calligraphy. Even more beautiful was the recitation of Quranic verses by the Imam (the person who leads in a mass prayer in Islam).

After prayers, I went to the Barbican for the Chevening Talks event. I had a few hours to spare and decided to explore the Smithfield Market but I took the wrong route. Instead I saw the mountain-like St Paul’s Cathedral and figured I might as well check out the cathedral and eee bah gum (Yorkshire slang for oh my God), it’s massive!

Not to forget, another divine place of worship I’ve been to that’s worth a mention is York Minster, one of the largest cathedrals in northern Europe.’

‘Popularly known as the birthplace of the Beatles and for its football prowess, Liverpool offers a rich history and promises to leave you with an unforgettable experience.

It was not too long ago, that some of my fellow Cheveners and I decided to take a much-needed study break and thought that the most fulfilling way to do so, would be to discover the beauty of Liverpool.

The experience was unregrettable and unforgettable as I tried to cherish every moment. It was a day filled with ‘ooo’s’ and ‘ahh’s’ but personally, walking into the walls of the Liverpool Cathedral was the most awe-inspiring experience. From a distance away, you could see its magnificence towering over the city which drew from you a genuine ‘wow’ but not even its outer splendour prepared you for the pure majesty that lay inside.

Entering its gates led you into a world that exuded creativity and its high walls were lined with enriching history that embodies the story of Liverpool Cathedral. Like a magnet, I was drawn to the altar that oozed with divinity and which seemed as though it were made of pure gold. In this moment, I became quite sentimental and naturally reverted to my Christian heritage… it drew from me a prayer. That is the power that was felt inside. 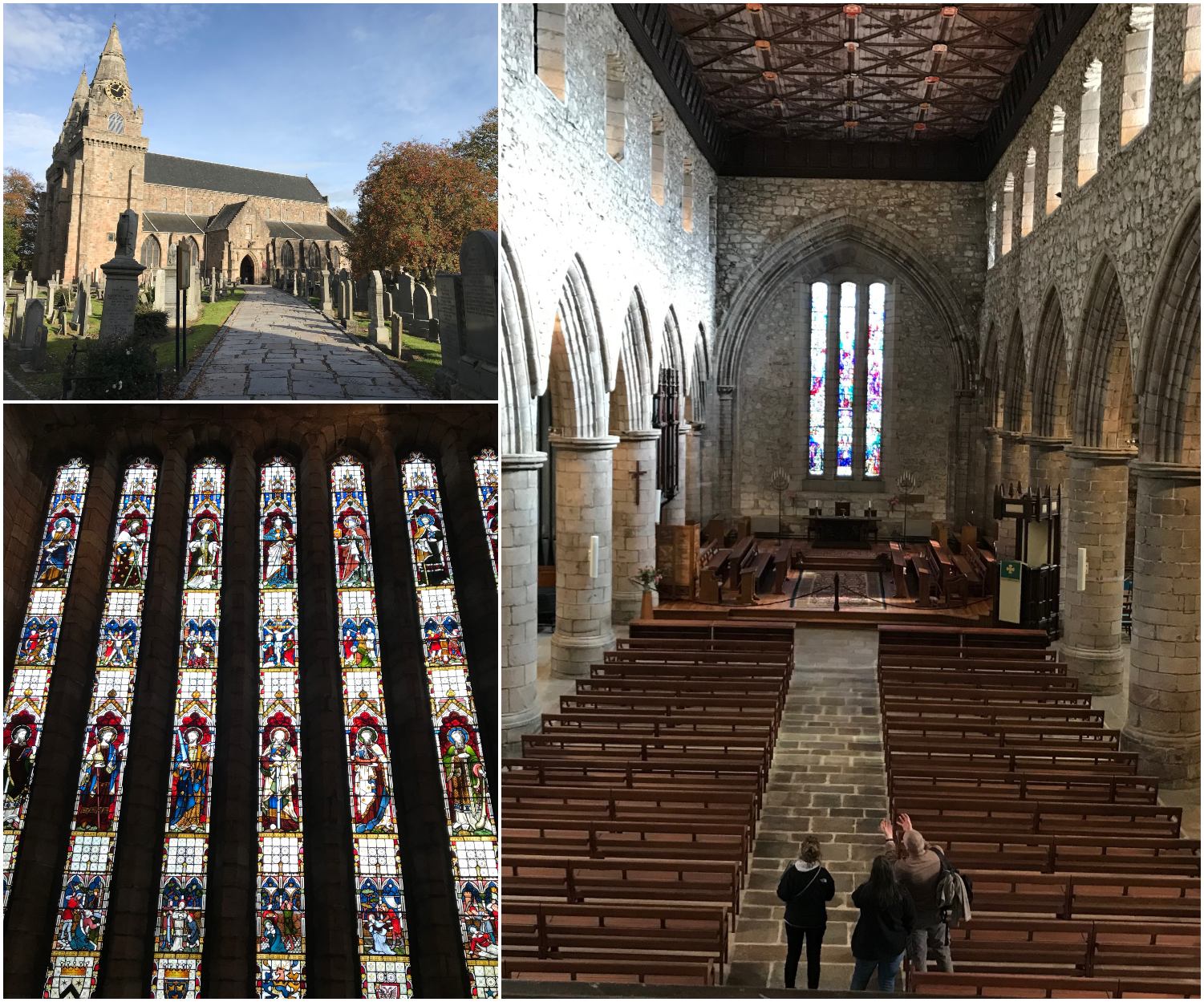 ‘St. Machar’s Cathedral in Old Aberdeen, Scotland opened officially in 1131 but traces its history back to 580 AD. Legend has it that it was around that time that Machar was asked to set up a church where “a river bends into the shape of a bishop’s crosier before flowing into the sea”. It is also said that part of William Wallace is buried in walls of the Cathedral.

I love the history that surrounds the cathedral, but something else draws me to it.

My first visit was purely out of curiosity to know what the gothic architecture held within it. I was also fascinated by the many tombstones standing like gothic sentries outside the building. Like its fascinating exterior, what I found inside was an equally amazing display of master craftsmanship! The intricate woodwork on its ceiling and the stained glass windows that tell a story, all left me awed. I guess all these masterpieces inside makes St. Machar’s Cathedral feel so divine and has been the other thing that draws me to the place every time I need a place of solitude.’ 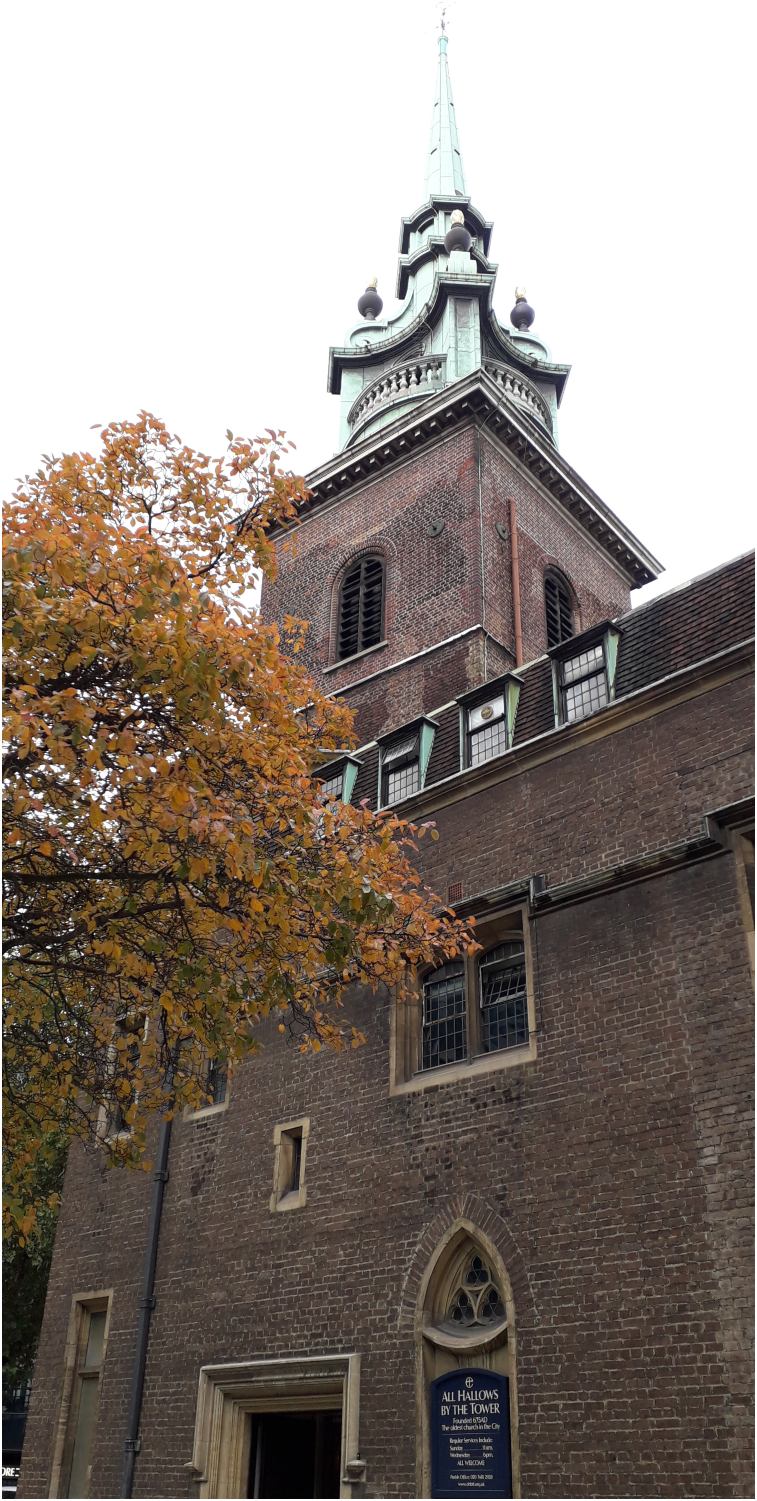 ‘It was my first month in London and I couldn’t have been more lost. After praising myself on being intrepid for choosing to undertake the two-hour-long walk between my university and hostel, I found myself at the doorstep of All Hallows by the Tower… four hours after I embarked on the expedition! My phone was dead, I was dog-tired and my initial bravado had taken a beating. At that point, the quiet, dark interior of the church was manna.

While I had ticked off more famous pantheons in London like St Paul’s Cathedral and Westminster Abbey, it was chance and my tired feet that led me to the 1,300-year-old All Hallows by the Tower, which in the 16th and 17th centuries cared for numerous beheaded bodies carted from its infamous neighbour – The Tower of London. Before I knew it, I was down in the church’s crypt and what I saw left me astonished. Beneath was a second century Roman pavement discovered in 1926 – evidence of city life on this site for nearly 2,000 years! After passing through a warren of dark rooms, I came across an Anglo-Saxon arch from the early medieval period and a quaint subterranean chapel. The silence was deafening, considering just meters above me were some of London’s busiest roads!’

5. A CHURCH AND HOSPITAL FOR THE POOR

‘In 1123 Rahere, a nobleman fell ill while on a pilgrimage to Rome. He vowed that if he recovered, he would return to London and establish a church and a hospital for the poor. He did recover, and as he began his journey home to England, he saw a vision of St Bartholomew appear before him. The saint told him that he would guide Rahere to a spot in Smithfield, where he should build a church in his name.

I didn’t know this story when I took part in the Eucharist at St Bartholomew-the-Great – the church Rahere built in Smithfield – close to nine centuries later. The Norman arches and half-timbered archway sufficed to lend this place an ancient calm and a profound sense of history. But there was something more recent that I associated the church with. The church has been a location in some of my favourite films including Four Weddings and a Funeral, Robin Hood: Prince of Thieves, Shakespeare in Love, and Sherlock Holmes.

If St Bartholomew-the-Great church reminded me of scenes from celluloid, St. Etheldreda’s Church, England’s oldest Catholic church, featured in Dickens’ David Copperfield. It was in Ely Place that David Copperfield went to visit Agnes – the woman he loved. I had to walk through a small alleyway, past a 1547 real ale pub (Ye Olde Mitre), to reach the church. I imagined Dickens taking the same route, and looked for vestiges that could have inspired him.’ 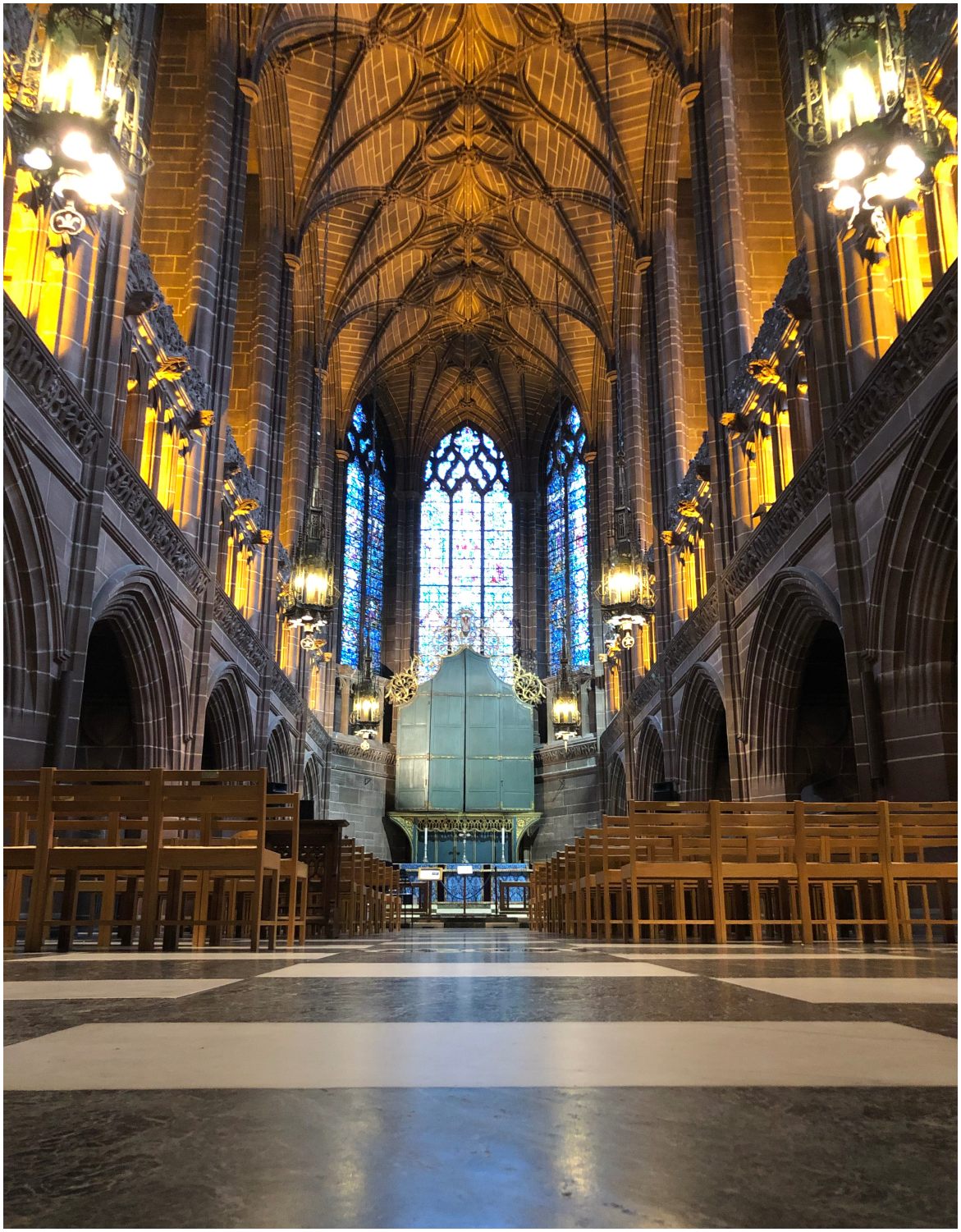 ‘This photo was taken last month and depicts the Lady Chapel at the Liverpool Cathedral. I found it very enlightening to learn that the closure of the triptych reredos (located above the altar) represents the Lenten season of preparation, penitence, and self-examination. This was particularly poignant and symbolic for me because living in the UK has given me a profound opportunity to experience the symbiotic relationship between the natural, seasonal changes with the religious, liturgical calendar. Indeed, to everything that is a season – a time for joy and a time for melancholy, a time to study and a time for rest.

Walking into the Liverpool Cathedral and taking this photo whilst kneeling down (because I wanted to capture the sheer immensity and magnitude of the place) was a thoroughly sublime and humbling experience because it reminded me that I am a part of something larger and correspondingly, we all have a responsibility to give back and to serve the wider community.’

Thank you to our scholars who submitted pictures and stories to this theme.

If you are a current scholar and wish to submit your own pictures and stories to the latest themes, please check your most recent scholargram for submission details. 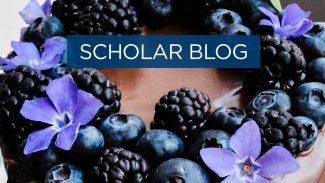 The UK baking market is currently worth circa £3.6 billion and makes up one of the largest markets in the food industry. As expected, a large proportion of this comes from bread however, the popularity of British baking staples such as scones, cakes, shortbread, and tarts is growing day by day. Thanks in part to […] 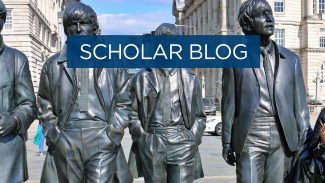 During the spring, the UK typically has a number of bank holidays (national public holidays derived from statute and/or common law) that fall pretty close to one another – typically on Fridays and/or Mondays – and mean that banks, schools, and many places of business are closed for these designated days. In England and Wales, […] 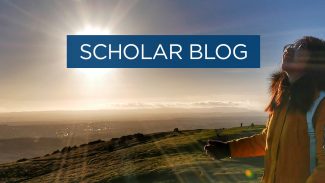 Ten UK landscapes that took my breath away

Whether it’s the glens and lochs in Scotland, the rolling hills in Yorkshire, or the gentle (and sometimes not-so-gentle) waves in Cornwall, the UK is filled with landscapes to take away the breaths of even the most difficult to please. Our scholars have been living in and exploring the UK for many months now but […]