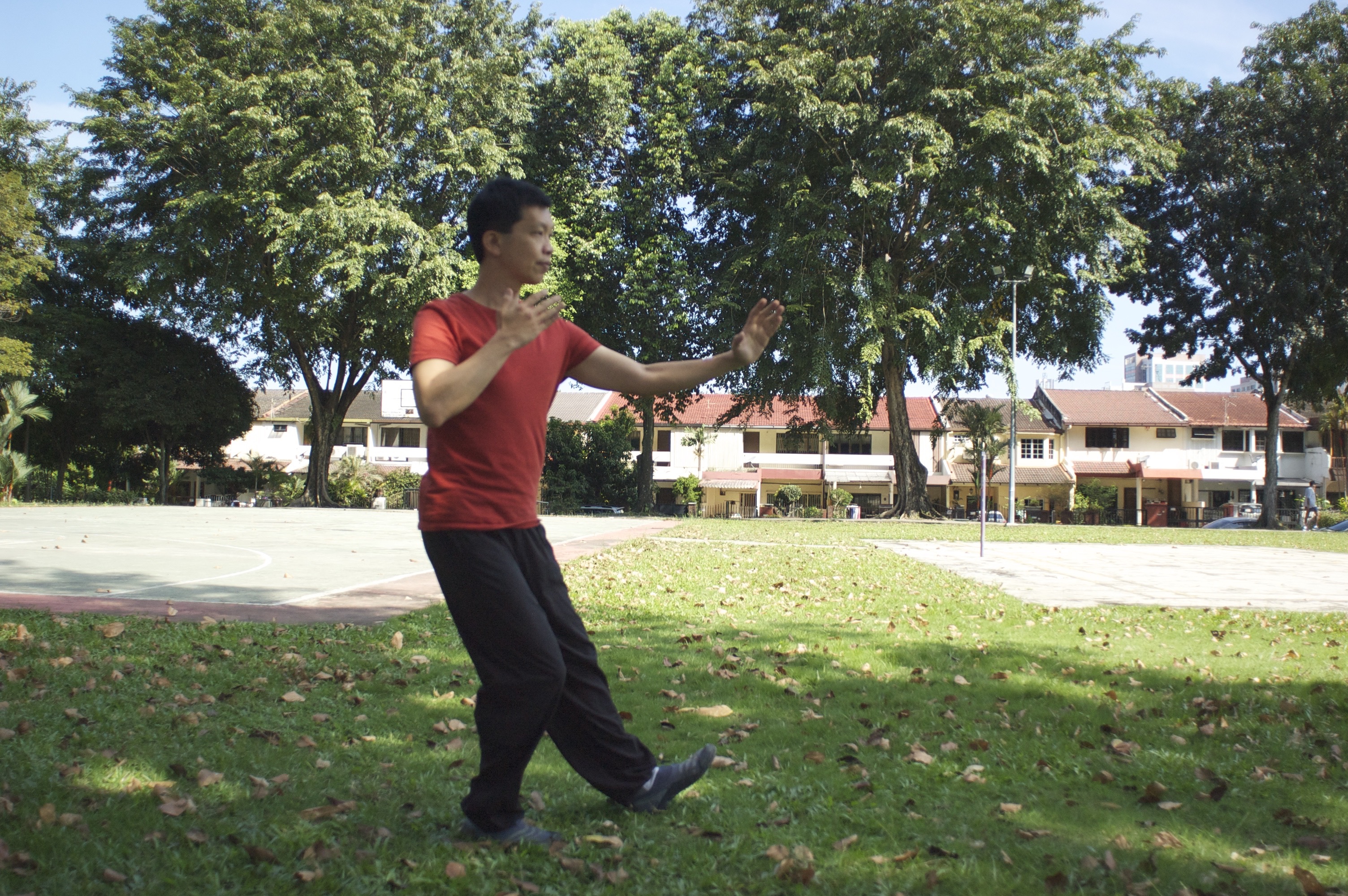 Life after Chevening – about success and taiji

If you measure success by the usual corporate trappings, my career is in the doldrums.

It wasn’t always so. Following my Chevening Scholarship in 2001/2002, I scaled the corporate heights, culminating in the lofty position of Director of Equity Investment Research at a (then) major global investment bank overseeing a multi-million Ringgit (it was worth a lot more!) budget.

Jetting around the world business-class, staying in top class hotels, being chauffeured around the major financial centres – London, New York, Hong Kong and Singapore, of course, and including Frankfurt, Milan, Stockholm, Houston, LA, San Francisco and, my two personal favourites, Edinburgh and Dublin – sharing, sometimes debating, my views with portfolio managers overseeing hundreds of millions of US Dollars; that was certainly a long way to come for a kid born in the 1970s in Ipoh, Malaysia to teacher parents.

But, in 2008, the US financial crisis hit. Work wasn’t fun anymore. I am fortunate – in that my basic salary had always outpaced my basic needs. The bonuses were indeed bonuses 🙂  So, with support from my chartered accountant turned yoga teacher wife, I decided it was time to tread a different path.

My initial plans were to focus on family and taiji for a while, but fate had it that it was time to make good on what I told my Chevening interviewers way back in 2000: that in the longer-term, once my finances were secure, once I had enough for my family, I would do my bit for my country and get involved in the political process.

I already had my toes in at one time. Believing the most effective strategy was to engage those in power, I had joined the Malaysian Chinese Association (MCA) in 2004. That didn’t quite work out, and by the time I decided to jump in with both feet in 2008, it was to help out the Democratic Action Party (DAP).

So out went the large salary, expensive lunches and chauffeured limousines. In came short-sleeves, Casio watches and discussions in coffee shops… The DAP is thrifty and modest. But there is certainly no lack of passion and brainpower. Except in this case, the passion and brainpower are applied towards nation building rather than chasing investment profits.

It wasn’t surprising that many hitherto good friends withered away as I trod this new path. But what disappointed was often the attrition was due to trepidation rather than now-different pursuits. Malaysians have a culture of deference to authority, bothering on submissiveness, even among the highly educated. Or perhaps it is more accurate to say, the highly qualified.

My tertiary studies in the UK were accounting/finance/management related: the sensible, functional type of course favoured by typical Malaysians of Chinese descent.  But outside the narrow confines of the degree programme, my UK education included exposure to and ultimately, appreciation of, a healthy skepticism of the government of the day. It might be institutionalised, as when the Prime Minister duels the opposition leader during Prime Minister’s Questions. Or, it might be grossly irreverent, as in the puppet caricatures of  Spitting Image which spared no one, including Her Majesty Queen Elizabeth II.

On that path, I helped shape the very first Pakatan Rakyat Shadow Budget;  wrote two books on the federal government budget, which sold well despite being shut out of mainstream bookstores due to the aforementioned fear factor; and the modest think-tank REFSA under my leadership produced a robust critique of PEMANDU and its much vaunted  Economic Transformation Programme (ETP).

I will count among my “This is your life” achievements the fact that the findings of my tiny team on a miniscule budget at REFSA were never specifically rebutted by the extremely well-paid, well-qualified staffers at PEMANDU nor their expensive consultants. We uncovered deception ranging from misdirecting perception to outright lies in a series of papers. These, together with related infographics, are still available at www.refsa.org. Just search for “ETP”.

I term that chapter of my life ‘national service’.

Now, my path is teaching and honing my taiji skills, managing a small investment portfolio, spending time with family and doing community work on an ad-hoc basis. Still a far-cry from the days of million-ringgit pay checks.

But success is not about money. It’s about being comfortable. It’s about expanding your boundaries. And it’s about giving back to the community.

‘Happiness is a journey, not a destination’