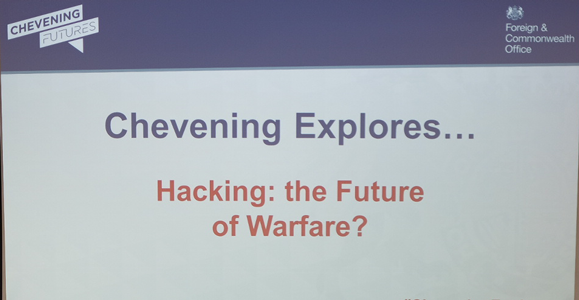 Kicking off the first #CheveningExplores lecture – ‘Hacking: the Future of Warfare?’ 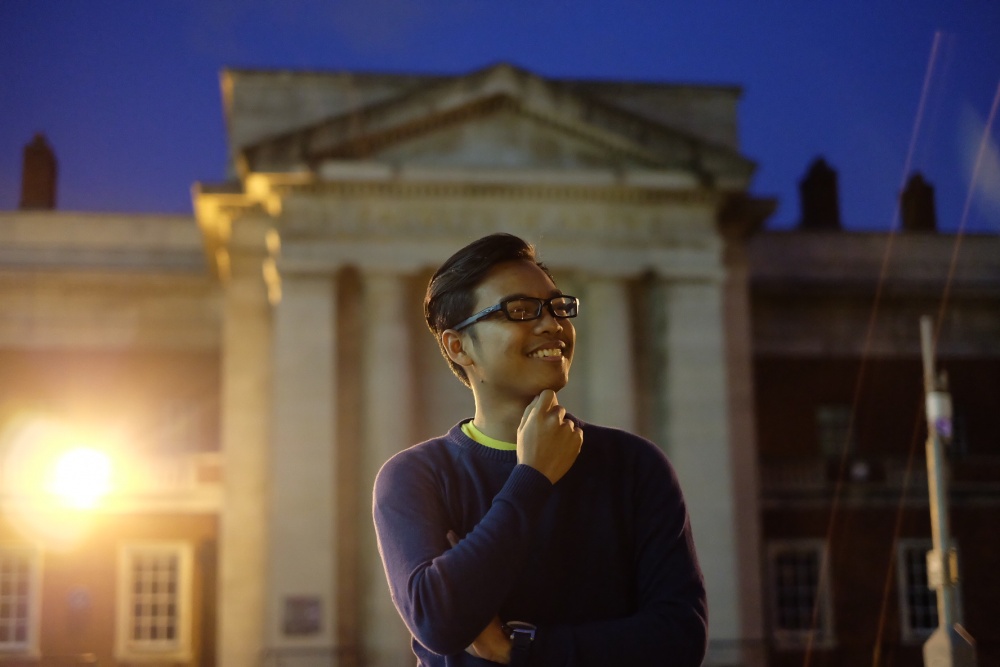 Hosted by the University of Manchester, the first Chevening Explores series, which talked about ‘Hacking: the Future of Warfare?’ was held on Monday, 13 November 2017.

Around 50 Chevening Scholars from various universities attended this session and were invited to delve into the phenomenon of cyber security and its relations to law.

The first lecture was given by Dr Daniel Dresner, a University of Manchester lecturer who spent four years at the Defence Academy of the United Kingdom. 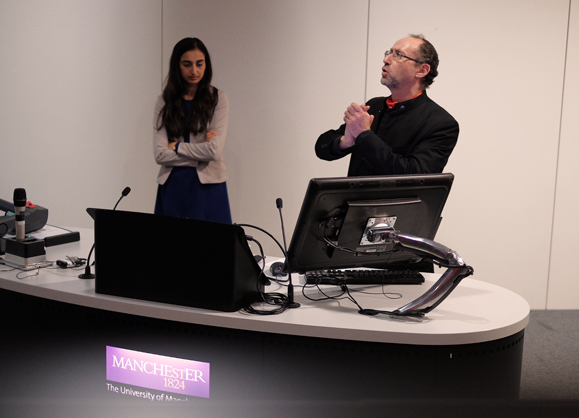 His current research focuses on the socio-technical aspects of cyber security from nation state threat. Dr Dresner emphasized the importance of ‘people protection’, since ‘data protection’ is somehow quite meaningless as we are now connected with many technologies that share our data.

Dr Dresner argued that today, people don’t even need to be a computer expert, they can simply download some applications to run or to control cyber-attacks. This condition underlines the situation in which people are vulnerable from various kind of cyber-attacks or are involved in such cyber-wars.

In explaining what ‘cyber essentials’ means, Dr Dresner said: ‘I recruit you all to think not (only) how to protect data, but to protect people. Thus you need to understand what (digital) vulnerability is and how to manage it.

‘The five steps you need to take as people with intelligence are boundary walls, secure configuration, access control, malware protection, and patch management.’ 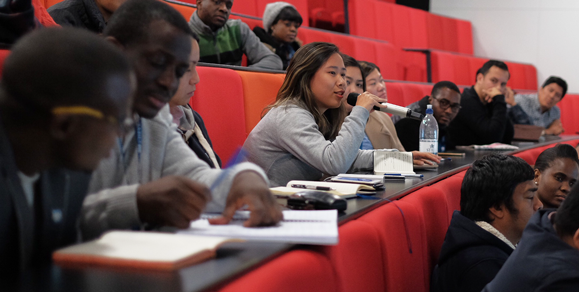 The second lecture was about cyber security and its connection to law, which was delivered by Dr Shavana Musa, a faculty member of the University of Manchester. She is an expert in international law and has worked extensively on the regulation of the arms trade, cyber security, and weapons systems.

Dr Shavana Musa opened the session by quoting article 2(4) from the Charter of the United Nations, which mentioned that, ‘all Members shall refrain in their international relations from the threat or use of force against the territorial integrity or political independence of any state, or in any other manner inconsistent with the Purposes of the United Nations.’

The discussions then continued with some examples to argue whether:

Several thoughtful questions from scholars in the Q&A sessions enlarged the topic of discussions into some practical situations related to their personal experiences or conditions in their respective countries.

After the session, all scholars got a chance to network each other with drinks and nibbles. Alem, a scholar from South Sudan, studying Cyber Security at the University of Westminster, said that he enjoyed the whole session and was inspired by the speakers. 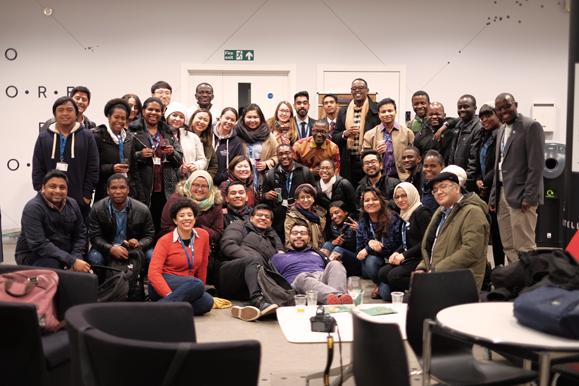