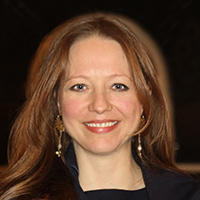 Roamers are the great “other” living around the planet today. To outsiders they look like expats or immigrants, but ask roamers how they feel and you’ll often get a different response. “I’m a global citizen”, is the most common reply. It’s a lofty sentiment, but how do global citizens navigate a planet carved up into countries? Despite the globalisation of goods and information, there is no such thing as citizenship on a global scale. If roamers run into trouble they will still be sent back to the country stipulated in their passport, regardless of whether or not they consider it to be home.

One disgraced London-based ex-trader is learning this the hard way. Kweku Adoboli lost UBS bank $2.3 billion USD in rogue trades and after being released from prison in 2015, a UK immigration tribunal ruled that he must be deported “back” to Ghana. Adoboli is fighting extradition, arguing that he has lived in the UK for the past 23 years and deems it to be his home. Adoboli has not lived in Ghana since the age of 4, but it’s the only country for which he holds a passport. Adoboli didn’t bother applying for UK citizenship because never saw himself as an immigrant; he saw himself a citizen of London and a citizen of the world, but neglected to also make himself a citizen of the UK.

Ask any roamer where they’d like to move next and they’ll more likely reply “Shanghai” or “New York” than the generic “China” or “the US.” Roamers typically see the world in terms of destination cities, not countries. This is not surprising given that the world’s top 30 cities now account for roughly 18 percent of the planet’s GDP. Cities are the great economic engines of the 21st century. In the same way that the ancients were citizens of city-states, roamers might be going full circle back to the earliest model of citizenship – at least emotionally. This assertion will have some nationalists hopping mad, but fickleness isn’t to blame. Forging a new, and possibly temporary, relationship with a city is simply more accessible than developing a bond with a country.

Take for instance Taiwanese native Hsin. Hsin lives and works in Germany, but she longs to return back to where she feels most at home–Boulder, Colorado. Despite spending the first 20 years of her life in Taipei, when Hsin moved to Boulder to finish her undergraduate studies, something fell into place. “It was like I was finally back in my own element”, she says. Those who attribute this to American friendliness or the melting pot of America are getting the wrong end of the stick. Hsin’s affinity is city-specific. “I felt at home enough to call myself “a Boulderite”, but I wouldn’t say I felt “American”.

By focusing on cities, roamers like Hsin can easily add Boulderite to their repertoire of affiliations without having to renounce any pre-existing cultural identities. One can enjoy living in Beijing or New York without having a similar affinity for China or America. America is a much denser, more emotive concept than New York City. The United States has a national anthem, a constitution, and an oath of allegiance. It built the American Dream. The United States goes to war, the Big Apple does not.

More and more voices are calling for international free movement of labour with two economists even claiming it would increase global economic output by 122%. At the same time, voters and politicians in most countries increasingly support stricter border controls, not fewer, so it’s hard to imagine a world where global mobility is the norm. That’s not to say that this won’t change. Not so long ago, empires were the norm. At the turn of the 20th century, no one would have guessed that within 50 years, once mighty empires would crumble and fade away only to be found in the pages of history books. The modern-day nation-state too will eventually become anachronistic, but in the short-term it’s going to cause trouble for roamers.

In the same way that the 20th century witnessed a huge surge of people moving from the countryside to cities, creating the notorious rural-urban divide, the 21st century is going to witness a growing rift between those living as nationals and those living as globals. With 232 million people living away from their home country, foreigners already constitute the fifth most populous nation on earth. Sentiments are changing quickly, but until institutions change, global citizens who want to live and work in Shanghai or New York will still have to convince China and the US to let them in. 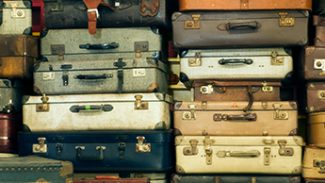 If you live and work abroad, do you see yourself as an expat or as an immigrant? Neither? That’s not surprising because those are outdated 20th century concepts for 20th century ways of living abroad. They continue to exist, but the 21st century is giving rise to an entirely new lifestyle that is having a […]