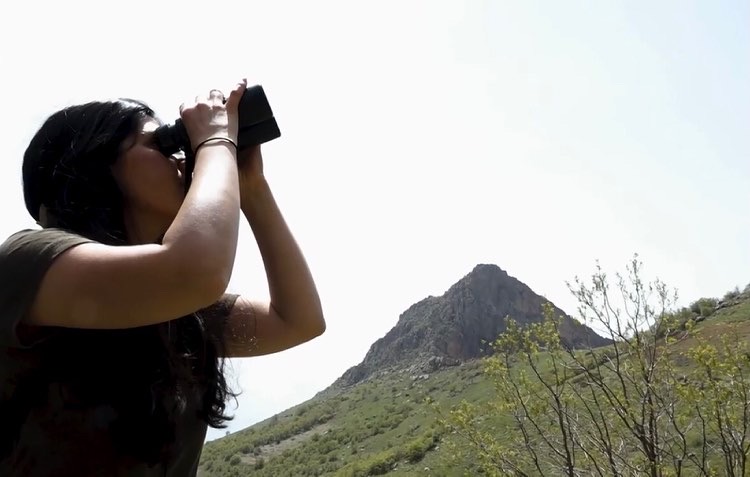 Born and raised in Iraqi Kurdistan, Hana Raza is one of the first female environmental advocates and specialists. We hear how she has had a positive impact on the wildlife conservation field in Iraq.

As a member of the International Union for Conservation of Nature (IUCN) Cat Specialist Group, the Ornithological Society of the Middle East (OSME) Conservation Fund Committee, Hana is also the 2017 Future for Nature award laureate.

‘After graduating from the University of Sulaimani in Iraqi Kurdistan with a bachelor’s degree in biological sciences, I began working for Nature Iraq in 2009 as a wildlife conservation technician, expanding the organisation’s reach to include mammalian studies.

Despite having grown up in a war-torn country, I felt compelled to protect Iraq’s natural beauty. Living in a region of the world where instability and war have been the immediate reality, I have always found that the bigger picture has been lost on my nation.

Species conservation and the preservation of ecological stability is the uniting concern of mankind; that biodiversity conservation is necessary for the future well-being of the entire planet.

Therefore, I jumped at the opportunity to join the country’s only environmental organisation. We have managed to survey over 200 sites with the Nature Iraq team, identifying important habitats and ecosystems. As a result, we were able to classify and evaluate 82 Key Biodiversity Area sites throughout the country, compiling the data into a book called “Key Biodiversity Areas of Iraq: priority sites for conservation & protection” which was published in 2017. 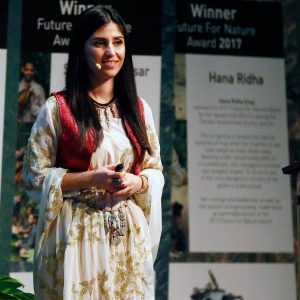 Due to four decades of war and neglect in Iraq, the Persian leopard (Panthera pardus tulliana), like the Asiatic lion and cheetah, was thought to be locally extinct. Nonetheless, my colleagues and I rediscovered the rare animal in one of Kurdistan’s mountains in northern Iraq. With joining Nature Iraq, we wrote a grant proposal for a project to protect the globally threatened Bezoar goat and as part of that, I set up camera traps to locate leopards.

Our camera on one of the Mountains in the Qara Dagh region captured a photograph of a powerful male leopard along a trail that also trapped wolf, jackal, fox, Asian wildcat, Indian crested porcupine, wild boar, Persian squirrel, and a chukar, in October 2011, just 6 days after it was set up.

This discovery rekindled optimism for making a real difference in the conservation front in Iraq.

Since the rediscovery of the rare and elusive Persian leopard, my team has discovered 7 individuals in our study area. 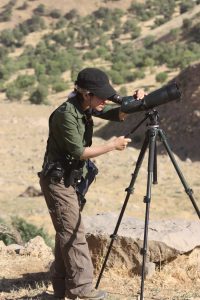 I am currently the project manager for both the Persian leopard conservation program at Nature Iraq and the Qara Dagh Nature Reserve, which was developed with a grant from the IUCN Netherlands Land Acquisition Fund. It uses the leopard as a flagship species. My entire career has been committed to advocating for the creation of Protected Areas in Iraq. My most recent project is a collaborative effort between Nature Iraq and the Future4Leopards Foundation to safeguard the transboundary conservation of the Persian leopard between Iraq and Iran funded by the Future for Nature Foundation.