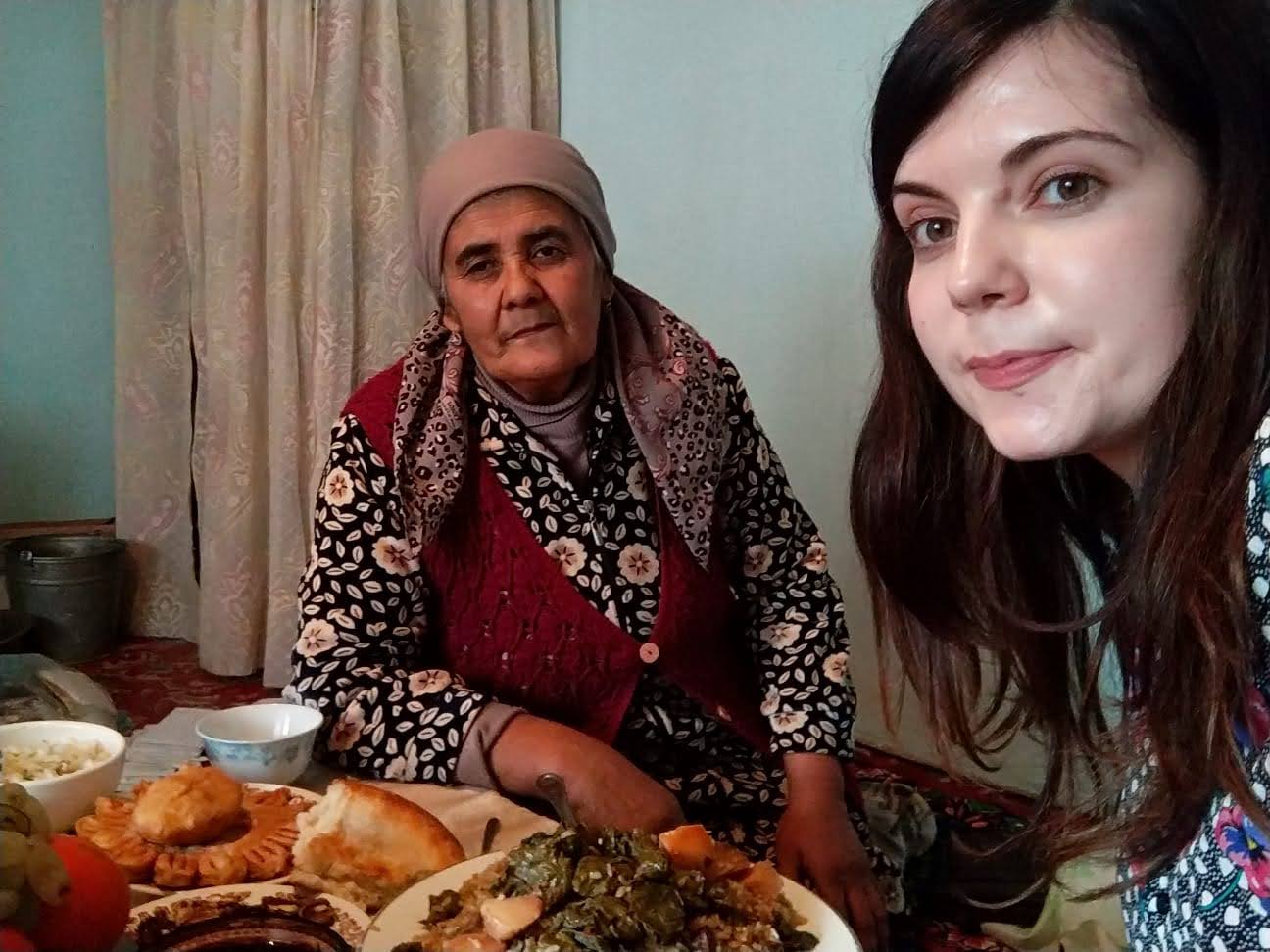 ‘Last Chance for Justice’ – A Chevening story for the BBC

From Moldova to University College London and then the BBC, 2019 Chevening Alumna Marina Shupac tells what she learnt through the experience of having her graduation ‘Last chance for Justice’ film globally broadcasted by the BBC. The film is now available on BBC iPlayer.

I knew that I want to tell stories of real people since I was a child. I was born and raised in the small town Bessarabca in the southern part of Moldova. It is there that I learned that behind an “ordinary” person you can find a source of wisdom and courage. Little did I know that it will take me ten years to produce my debut documentary. I could hardly imagine that the story of Khadicha Askarova would be globally broadcast by the BBC. My journey was full of learning curves, although there are a few lessons I would like to share with the Chevening community. 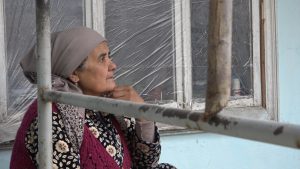 After studying journalism and working as a human right journalist for four years, I decided to try and develop my passion for filmmaking again.

I got involved in several free workshops to gain more knowledge in my dream field. I remember when an internationally acclaimed film director told me in front of the class: “Marina, why did you come to this workshop? Your idea is so raw, look at the other projects and how in-depth they are. I don’t see any reason for you being here”. I didn’t take this personally – I was there to learn.

After getting rejected from several programs, I was awarded the Chevening Scholarship to pursue my dream career. Prior to this experience I found out about the 2010 inter-ethnic violence in southern Kyrgyzstan – most of the victims were from the Uzbek minority. As a journalist and an ethnic minority myself, I became curious – how had I never before heard of this media tragedy?

My course was very practical – I came to the course with zero experience in editing and camerawork. The day we had to pitch our film ideas I was insecure. I knew that I want to dig in the story in Kyrgyzstan but…. can I do this? My tutor, Lucy Sandys-Winsch, was very empowering and said I should give it a try. 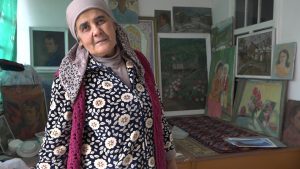 Khadicha Askarova, surrounded by her and her husband’s art

In December 2019 I found myself struggling with the tripod in front of Khadicha Askarova – an Uzbek minority artist. For the past ten years she had been fighting for her husband, the journalist Azimjan Askarov, to be released from life imprisonment. He was caught while reporting on the 2010 inter-ethnic conflict in his country. The United Nations had asked for his release, but he was still in prison.

I honestly told her that I never made a film before, but that I was fascinated by her courage and would do everything possible to make a decent film. We became friends. This relationship was the key to making this film a success.

I went to Kyrgyzstan once again in February 2020 to follow what I thought would be the culmination of the story – Khadicha’s journey to the last court hearing which would decide her future. The court hearing was postponed, and I found myself with tens of hours of footage. I learned that inspiration is overpraised. Sometimes you just need to sit down and get the work done and this is what I did. 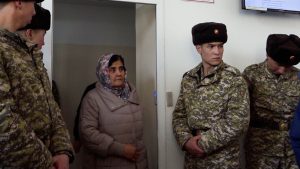 In early October I found myself rushing to care for my beloved grandma Mariya. I had to do the last edits on my film while dealing with strong personal emotions.

I realized how many ideas, including the ones born amid the pandemic, don’t even see the world because we fear we don’t have the means to fulfill them.

While working in the “Last Chance for Justice” I was desperately trying to pitch it to different broadcasters. I sent more than 20 applications that were rejected. Only one came through – we just need the opportunities that fit us, right? I was accepted for the prestigious One World Media Global Short Docs Forum. This entailed pitching Khadicha’s story to leading world broadcasters and online platforms.

The Forum was starting online days after my grandma passed away. I was not feeling creative at all, although my family greatly supported me. At the end, this was the door to the industry which I was trying to open so hard. Moreover, my project got interest from several leading international platforms. In early January 2021 I got a call from the BBC series “Our World”.

In the summer of last year, I found out that part of the essence of the story, Azimjan Askarov, passed away. I was feeling hopeless and sad. Does this film have a purpose after Azimjan’s death? Two of my filmmakers friends, Alisa and Sona, helped me to get my motivation back to continue to work on this film. Getting feedback and assistance during the production process saved me

My networks also helped me to have an effective follow-up to the release of my film. University College London interviewed me and the piece went viral online. “Last Chance for Justice” will be internally screened and discussed within several influential international Human Rights organizations.

While I was standing in front of University College London and thinking of my beloved grandma Mariya, who didn’t even have a chance to go to school, I realized that the ten years before prepared me for the experience of a lifetime.