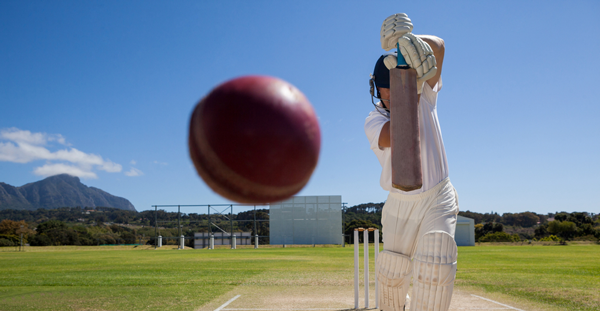 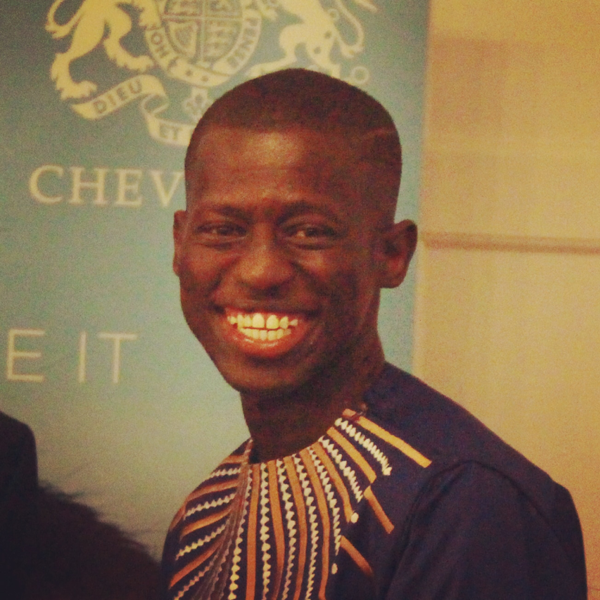 1. The Ashes urn is the most valuable item at the Lord’s cricket museum 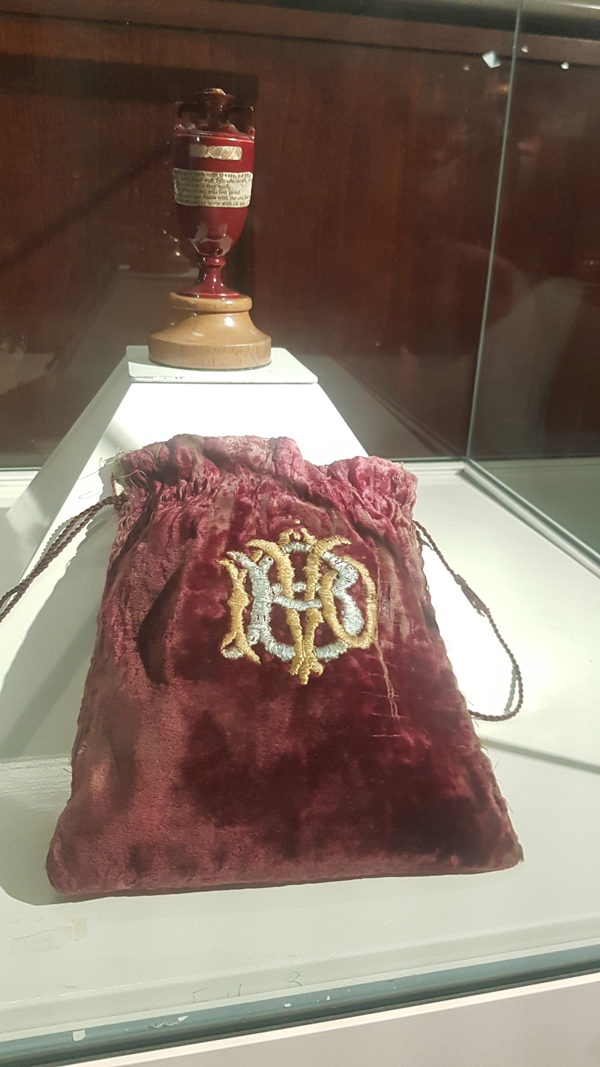 Did you know that the Ashes Urn usually on display at the Marylebone Cricket Club (MCC) Museum at Lord’s cricket ground in London, is one of the most valuable items of cricket memorabilia? The ashes are insured for a seven-figure sum of about £6m.

The history behind the Ashes urn originates from a story when Australia defeated England for the first time on English soil. A mock obituary appeared in Sporting Times, announcing the death of English Cricket and that the body would be cremated and taken to Australia.

During a tour in Australia the urn was presented to Ivo Bligh, the captain of the England cricket team, as a personal gift after a friendly match hosted at Rupertswood Mansion in Sunbury during the 1882/1883 tour in Australia. He had earlier jokingly declared that that he would win back the ashes. Although a personal gift, the urn has now come to represent the cricketing rivalry of the two nations.

After his death, the urn was presented to the Marylebone Cricket Club, which has it on display at Lord’s cricket ground in London. The urn has come to be strongly associated with ‘the Ashes’, the prize for which England and Australia are said to compete in Test series between the two countries.

2. Unlike most sports, cricket cannot be played when it rains 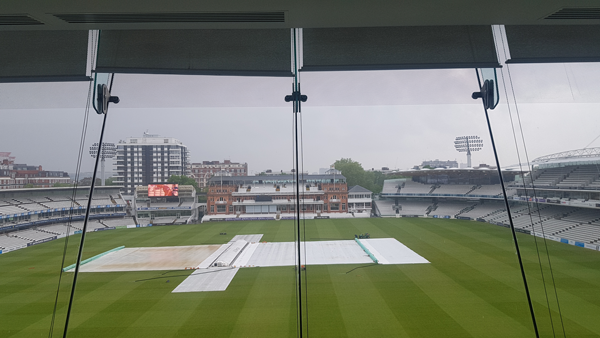 The cricket ground covered due to rain

Unlike football, where the game continues come rain or sunshine, cricket cannot be played when it rains due to the following reasons:

3. Lord’s cricket ground has one of the oldest and finest tennis courts in Europe! 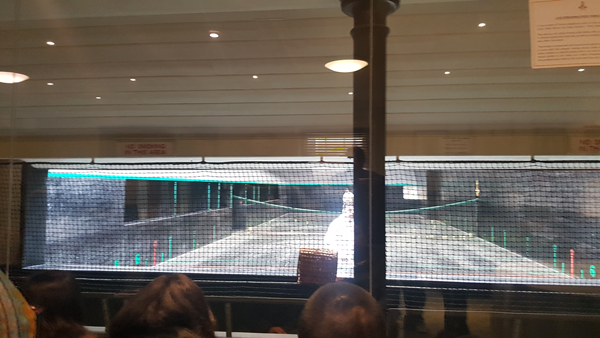 At Lord’s cricket ground lies one of the oldest tennis courts in all of Europe. ‘Real Tennis’, previously known in England as Royal Tennis, has been played at Lords since 1838 and this is one of the finest courts in Europe.

Real tennis, sometimes called ‘the sport of kings’, is the original racquet sport from which the modern game of tennis (originally called ‘lawn tennis’) is derived. The rules are different in that players can hit shots off the walls and matches are still played with wooden racquets on a wooden surface. 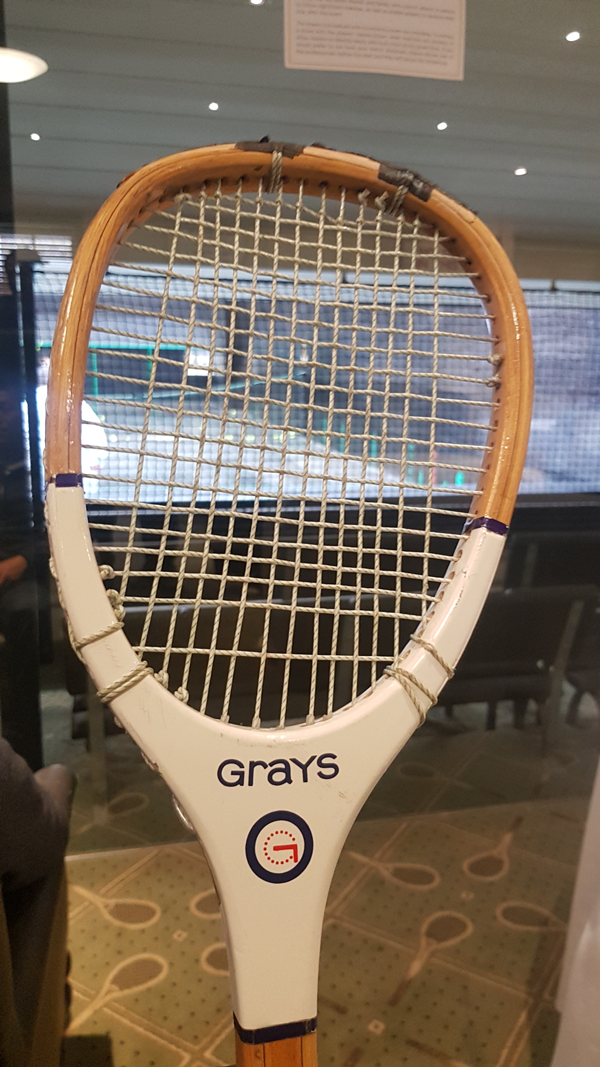 The racquet used in ‘real tennis’

It’s history in England is associated with Henry VIII who played the game at Hampton Court on a court he had built in 1530 and on several other courts in his palaces. His second wife Anne Boleyn was watching a game of real tennis when she was arrested, and it is believed that Henry was playing tennis when news was brought to him of her execution.

4. Cricket players get to pass through the ‘Long Room’ before getting into the match 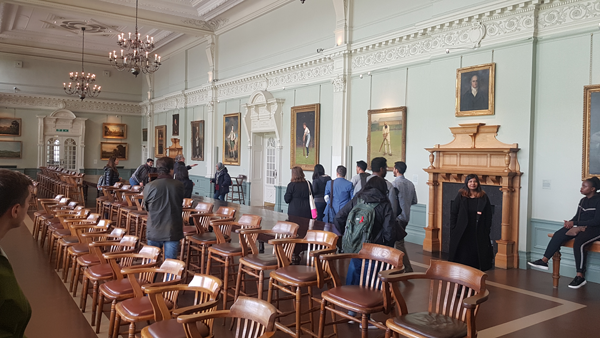 Chevening scholars at the Long room

Cricket players at Lord’s Cricket ground pass through the Long room where they get cheered on by the some of the members of the Long Room before they go to the field. We learnt however that it has not always been all cheers and fun for the players when they pass through that room especially when they are not doing so well on the field.

5. There is an imaginary cricket match print which captures a member of the royal family with his mistress at the same place at the museum 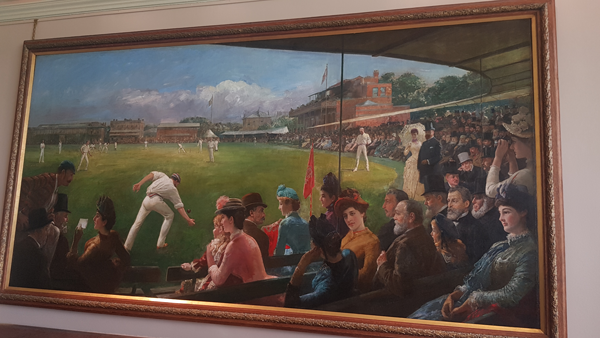 The painting depicts the England – Australia match at Lord’s Cricket Ground in 1896.

According to our tour guide during our visits at the Lord’s cricket ground, the conspicuous woman wearing a yellow dress and red bonnet who seems not to concentrate on what was going on in the field and is practically facing the opposite direction, is Lillie Langtry, the celebrated beauty who went on to a successful career in the theatre.

She also happened to have had a three-year affair with Prince Albert, the very top-hatted prince seen above and to the right of her standing next to a lady who is assumed to have been the wife. Probably she was deliberately looking away from him to prevent a scandal.