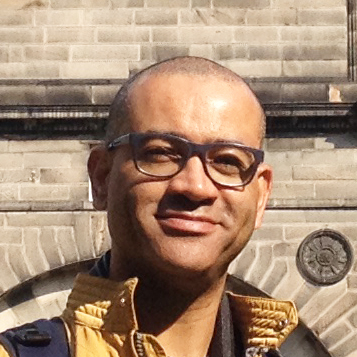 When I decided to apply for a Chevening Scholarship, my interests were beyond the great opportunity to access a world class education available in the United Kingdom. I knew it will be also very enriching from a very personal point of view. I was eager to expose myself to all the challenges involving living one year abroad: being part of a different society, understanding a new culture, communicating in another language. I just arrived to Edinburgh, capital of Scotland, but I already know I have made the best choice.

I thought about studying in London (and of course it would be very rewarding too), but I thought that maybe if my experience was in Scotland it could be richer than going to the very heart of Britain. London has great singularities, but it has in general the same atmosphere we easily find in other world capitals and financial hubs. What I discovered in Scotland is that, even though the United Kingdom is such a small territory compared to my country of Brazil, there are many regional differences. Scotland, for example, has its own culture and probably I would never have had a chance to get to know it if I had not come here to study.

I started my MSc International Development at the University of Edinburgh only a few weeks ago. I am very impressed by the great facilities and the wide range of services provided to help students fulfil their potential. But, what did I like most? Definitely, the Scots. How great they are! As my class has many international students, the Scots make a great effort to make us feel welcome. And the staff of the School of Social and Political Science found the best way to do it: inviting us for a Ceilidh.

A Ceilidh (the local pronunciation is something close to kay’lee) is an ancient tradition in Scotland, a Gaelic gathering used by the Scots as a great celebration. It is common in weddings, for example. Basically, it works like that: A band (guitar, violin and drums) plays a kind of country music in a ballroom. One person in a microphone is a kind of caller, explaining and conducting a quite complicated choreography. Dancing in pairs, the participants are supposed to follow all the instructions quickly, without losing the rhythm and the other’s path.

I was terrified when somebody invited me to join the group because I have never ever seen a Ceilidh before in my whole life. How would I do it correctly? But soon I realised that it was not about being perfect. It was about having fun. A Ceilidh is only a good excuse to get along with your new peers. The joy is in trying, making mistakes, and trying again. No one is angry if you are not doing it properly. It is quite the opposite. Everyone is happy because you are trying. There is no winner or master! So, in a few minutes, I was there jumping in the middle of the dance floor like a local. At the end of the night, I was tired like I was in a marathon. But so happy.

Observing the Ceilidh and all the joy involved, I understood how Scots make good use of their traditions. Some of the men were wearing their kilts (that traditional skirt for men that looks quite exotic for foreigners like me) and enjoy explaining us how the costumes are composed. They were so proud of their culture, their own identity as Scottish. In my opinion, the Ceilidh is a brilliant way to keep their cultural heritage alive and bring people together. It shows who they are and that they are open to visitors. There is a place for everyone at a Ceilidh.

I could not have had a better opportunity to start my personal investigation into the Scottish soul. In only a few weeks, I saw that the Scots are hardworking and very focused on their professional and academic advancements. Thus, they all have a great sense of humour and do not take themselves too seriously. I really enjoy the way they approach the fact that the weather is not exactly the best thing in Scotland. In one of the induction sessions, a teacher advised us: “Study hard, but if the sun appears at any moment between October and March, don’t stay indoors! Leave the books in the library immediately and go outside to take your portion of vitamin D!”

Definitely, I like the Scottish way. It is very overwhelming to know that I will have the best in terms of education here, but I will also have a deeper understanding of such an interesting society. And I really think that the best way I can benefit from this scholarship is combining those forms of learning. I strongly believe that we do not learn only during the classes or reading in the library. We learn a lot from other people. That is the best way to know other countries. Nations are their people.