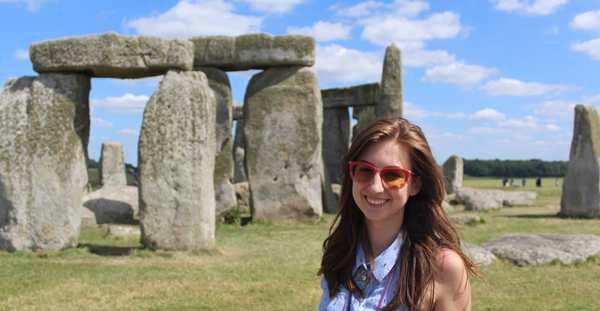 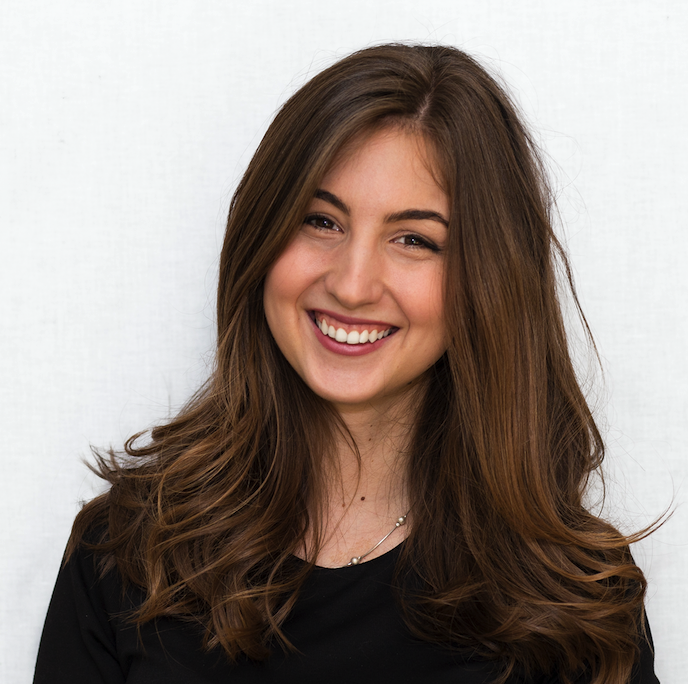 June made London wake up and smile. It painted a completely new picture of this already breathtaking city – one filled with sunshine, blooming nature, lunch breaks in the park, and summer festivals. I was determined to enjoy every second of it! 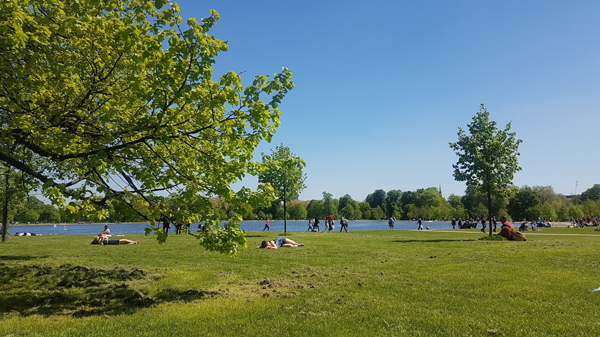 But first, let’s… work on The Thesis!

For Chevening Scholars, June also meant starting to work on our master’s theses with more intensity. It meant days where we alternate between many emotions: frustration with our progress, a sense of achievement that we managed to solve a problem that seemed unsurpassable just a few days ago, and deep gratitude for the help and support that are coming at us from so many directions, to name a few.

One of the best pieces of advice I received on managing the workload during this period is to dedicate some uninterrupted time to work on your thesis every single day and to write and document each part of the process – two paragraphs of nonsense are still better than having written nothing at all.

The other side to that coin is to make sure to step away from it as well; to give yourself time to think about what you did so far (even if, to others, it seems like you are not ‘doing’ anything, just staring at the wall for hours) because only then will you be able think about your work critically and manage to approach it from a different perspective. 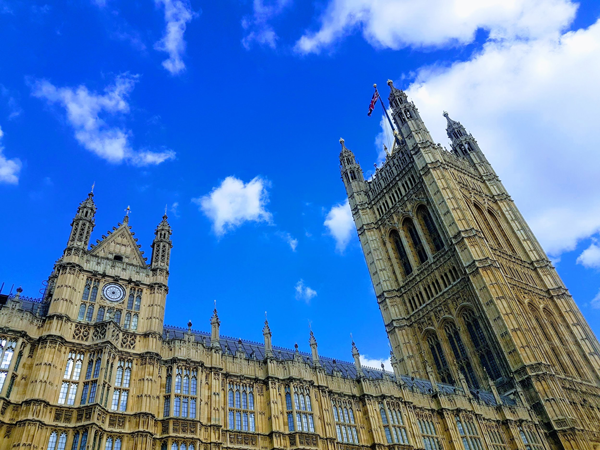 So that is what I did – I combined thesis work with new UK adventures every day! And that brought me to…

For anyone who loves theatre, living in London is a dream come true.

The UK has a long theatre tradition, dating all the way back to the medieval age when actors would travel from city to city retelling old folk tales. It is the home of some of the greatest playwrights in the world, such as William Shakespeare, Harold Pinter, and Andrew Lloyd Webber.

Today, London’s West End theatre represents the cluster of professionally staged performances that are among the most visited in the world: world-famous British actors such as Ian McKellen, Judi Dench, and Maggie Smith still occasionally perform in London. 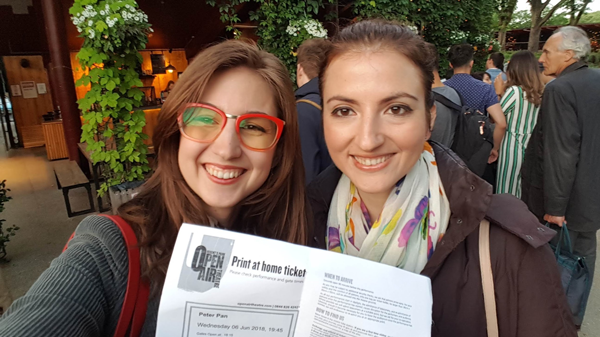 Nothing recharges me more than going to see one of the shows, which is why one summer evening, I decided to go back to childhood with a Peter Pan performance in the Open Air Theatre in Regent’s Park that opens every summer. The critics were right, it was truly “a magical spectacle”! 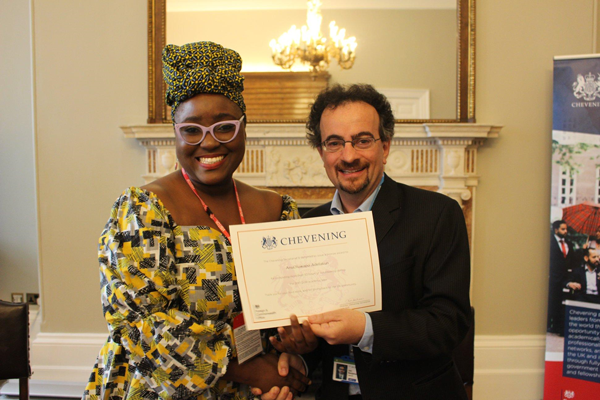 For many scholars, volunteering is a big part of their Chevening journey. In fact, generation 2017/2018 contributed more than 5,000 volunteering hours to more than 300 organisations, finding a way to give back to their local UK communities. As a Chevening Social Media Ambassador, I had the privilege to attend the Chevening Volunteering Awards ceremony that recognised those who made the greatest contribution, either through mentoring, conservation work, administrative assistance or by sharing their skills and expertise in some other way.

Hearing the testimonies of partner organisations on the impact the scholars made, as well as the personal experiences of scholars themselves, filled me with so much pride and appreciation for being a part of this amazing cohort.

After many months of daydreaming, I finally managed to visit Stonehenge and it was magnificent! 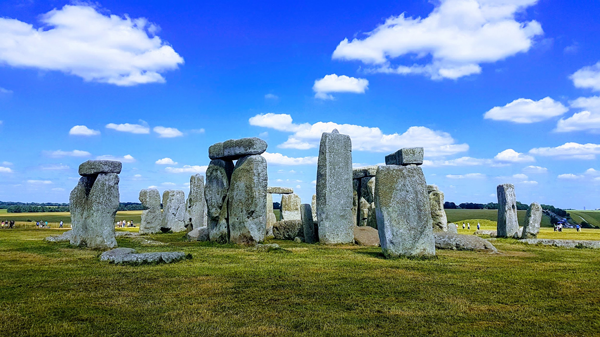 Stonehenge is an ancient sacred place intended (scholars believe) for ceremonies, burials and celebration whose construction took about 1,000 years. It started as a circular ditch and bank and went through many alterations and ‘upgrades’. What we see today are just the remains of once the greatest temple in Britain. 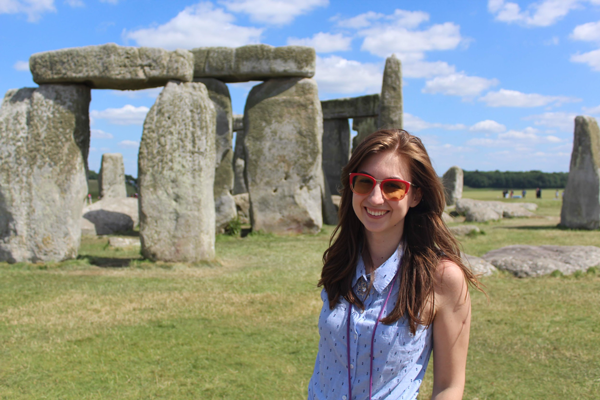 What many people don’t know is that, except during special occasions such as summer and winter solstice, you can’t actually approach the stones. However, the upside is all the great photos you can take. 🙂 Also, Stonehenge is just one part of the World Heritage Site on which it stands. There are many smaller sites worth exploring so taking a long walk around the grassland is a good idea. Bringing a blanket and sunscreen is another one. 🙂 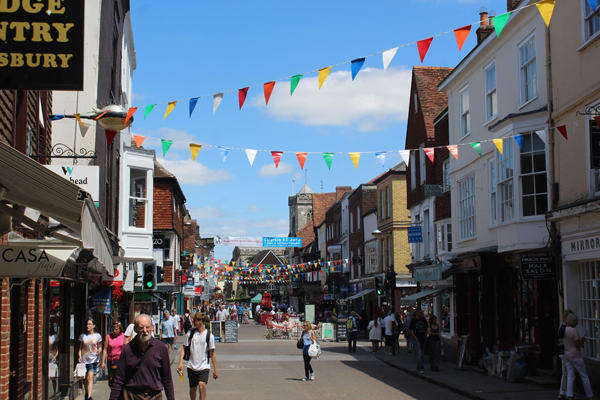 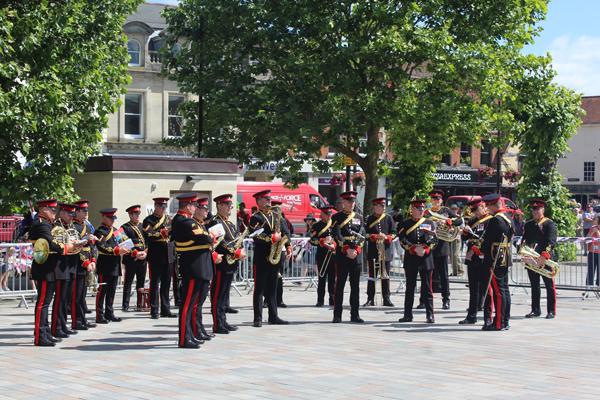 Before visiting Stonehenge, we decided to make a stop in Salisbury, a charming little city that is mostly known for Salisbury Cathedral, considered one of the most magnificent representations of Early English architecture. Its spire is the tallest one in the UK and it houses one of the oldest mechanical clocks in the world. Most importantly, it is the home to one of the best-preserved of the four remaining copies of the Magna Carta, an ancient charter that shaped the constitution of many countries and is considered a cornerstone of democracy. 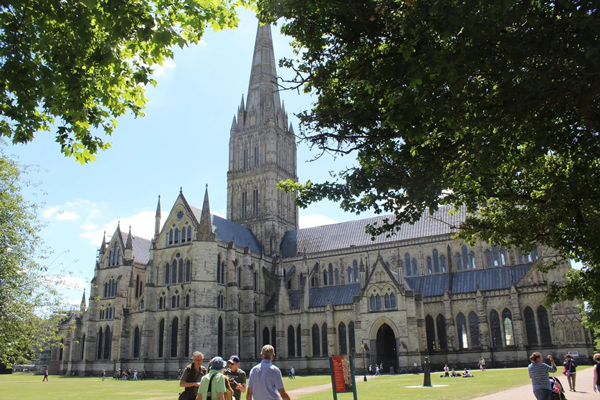 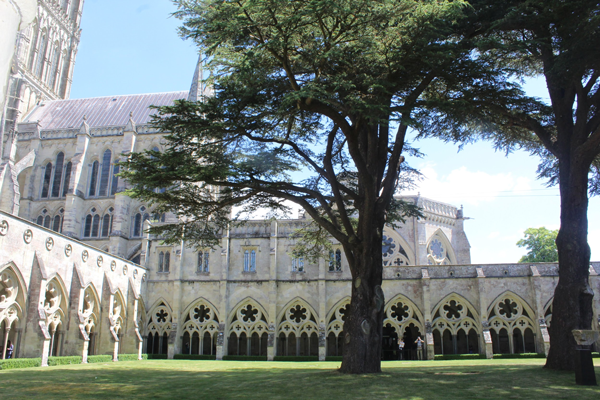 As a bonus to an already great day, we had incredible luck with timing because our arrival coincided with the visit of Prince of Wales and Duchess of Cornwall to Salisbury. They waved!

Since summer came to London, I started missing weekends spent on the beach back home, so I decided to fix that by going on a half-day trip to Brighton – a seaside resort city just an hour away from London, which in London-time is quite near. While it was too windy and cold for a swim, spending a couple of hours in the sun listening to the well-known sounds of crashing waves, seagull cries, and laughing children playing in the sand made me immensely happy. 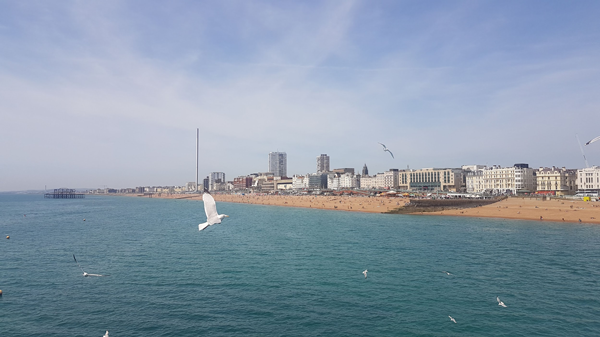 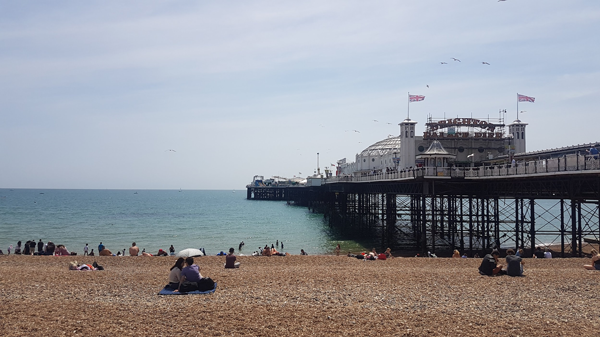 If you decide to visit Brighton, the must-see places to visit are the Brighton Pier, The Lanes and The Royal Pavilion. 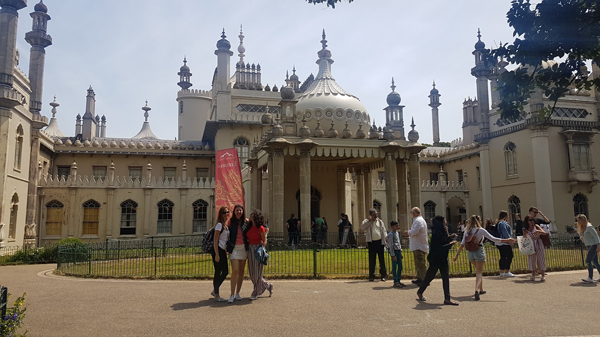 Embracing the idea that the best way to approach dissertation work is writing during the day and singing your heart out during the night, I embarked upon a concert weekend, enjoying the performances of two very different but equally amazing artists – Ed Sheeran and Beyonce! 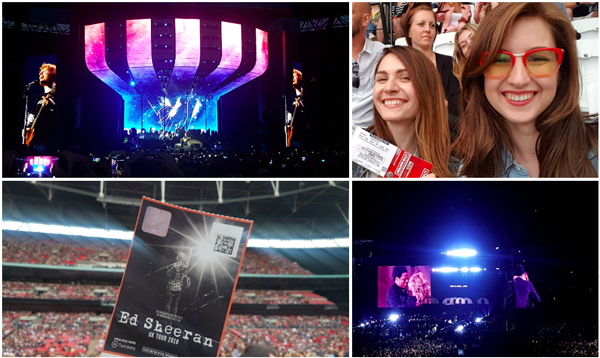 I also finally visited the ZSL London Zoo! We went as part of Zoo Nights, an after-hours event that includes special shows and themed talks about animals, as well as street food stands for when you wish to catch a break. Whether you go as part of Zoo Nights or on a regular day visits, note that you can easily spend three hours just walking around and trying to get a perfect picture of your favorite zoo inhabitant. 🙂 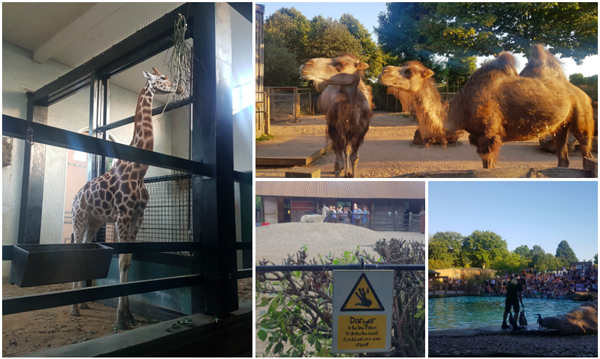 June also meant saying ‘see you later,’ (because it’s never ‘goodbye’, not really when the heart says otherwise) to some of the dear friends and academics I have met on this journey. It also brought home the idea that #MyCheveningJourney is soon coming to an end, which reignited my desire to enjoy every moment I have left.

Studying and living in a foreign country changes you. You learn so much about yourself. You become more aware of how much you are growing and how much work you still have to do. What changes you are all the challenges you are facing, most of which you have to face on your own, but also the conversations you have with the people you meet. Conversations that can make you feel like you are talking to a long-lost twin, or those that make you question the way you see the world. 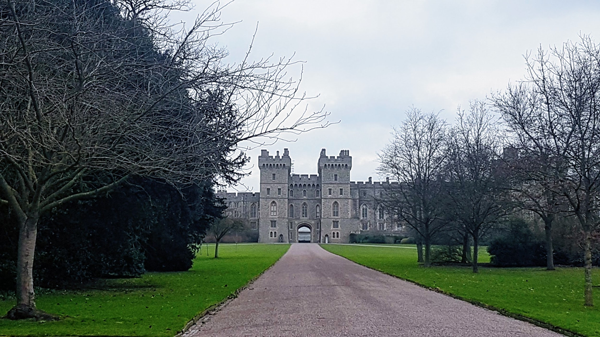 Being a Chevening Alumna and studying in the UK, at some of the best international universities in the world, intensifies this process in a way because there are so many great conversations to be had, and, if you are lucky, you find friends, family, that will support you through anything. It also makes you appreciate people back home in a new way, because you realise what everlasting friendships really mean.

As we were able to hear at Chevening Farewell, we are ‘scholars for a year but Cheveners for life’. Our Chevening journey might be ending in just a couple of months, but the true adventure is just beginning! 🙂

Go forth and enjoy it!