When thinking about the UK, if the image that pops into your mind first is of large bustling cities with skyscrapers, many cars, busses, and trains, and generally, an urban environment, you would be correct. But, you would also be wrong. Whilst the UK does have many urban areas in the form of cities and towns, it also has a very large number of parks and green spaces – including mountains, rivers, lakes, beaches, and more!

We recently asked our scholars, during the period the UK was in lockdown, to think back to the many amazing landscapes they’d seen in the UK and to share these as ‘travel inspiration’ for the future. We think you’ll agree, they did not disappoint. 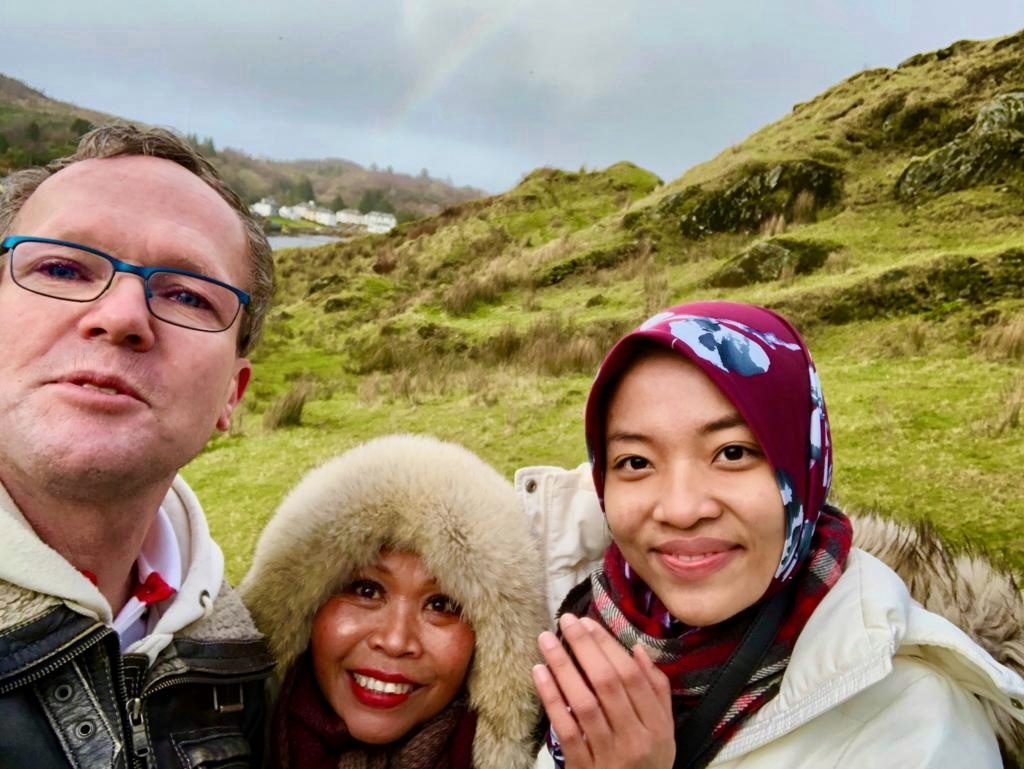 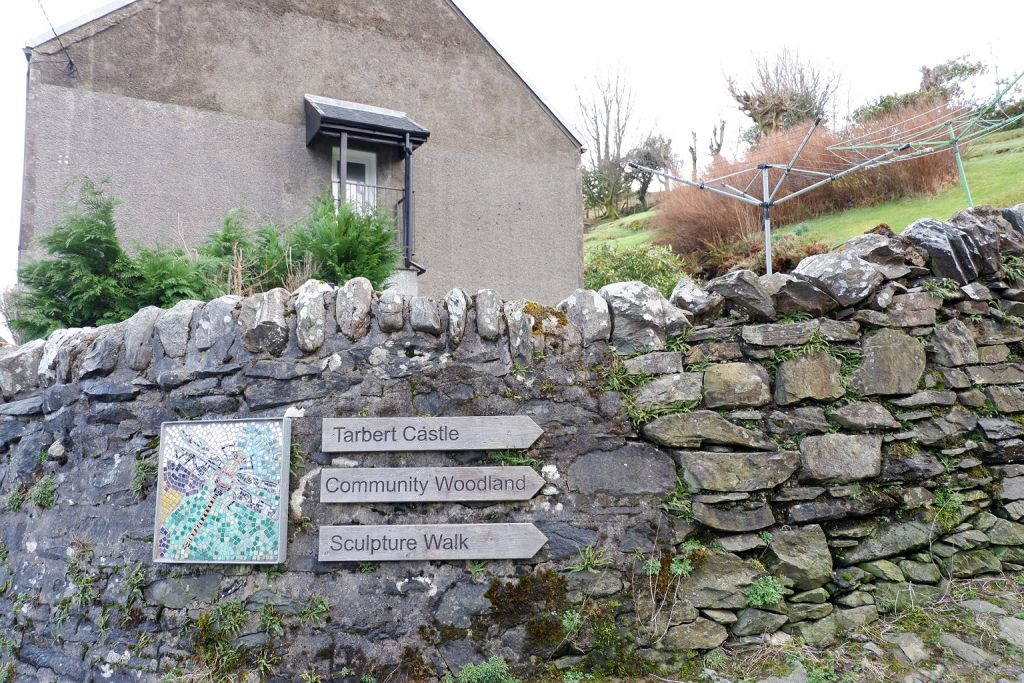 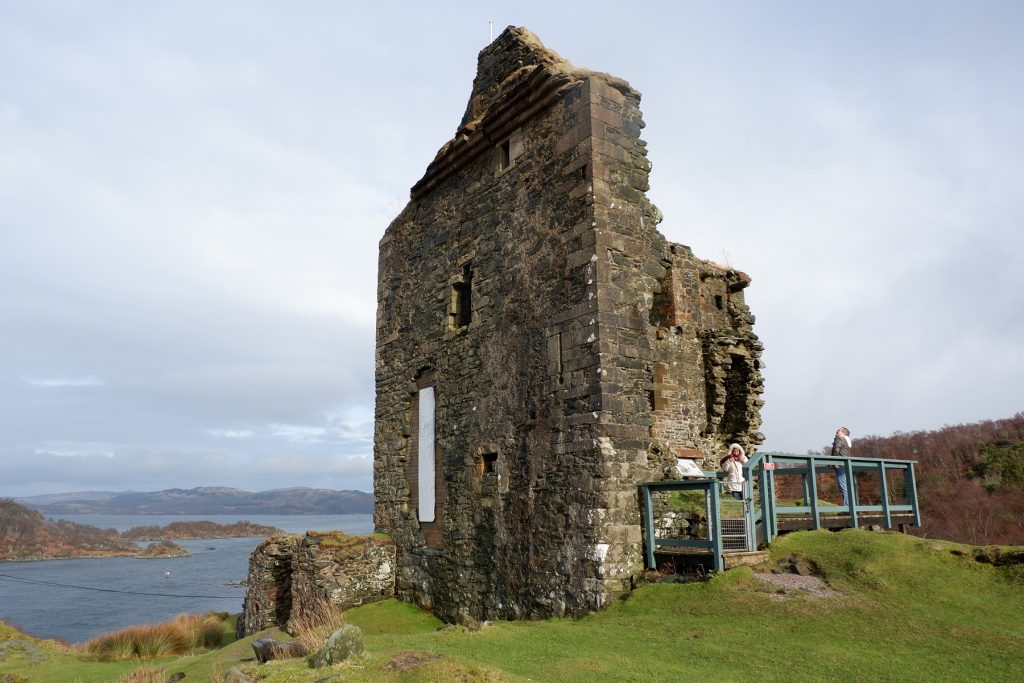 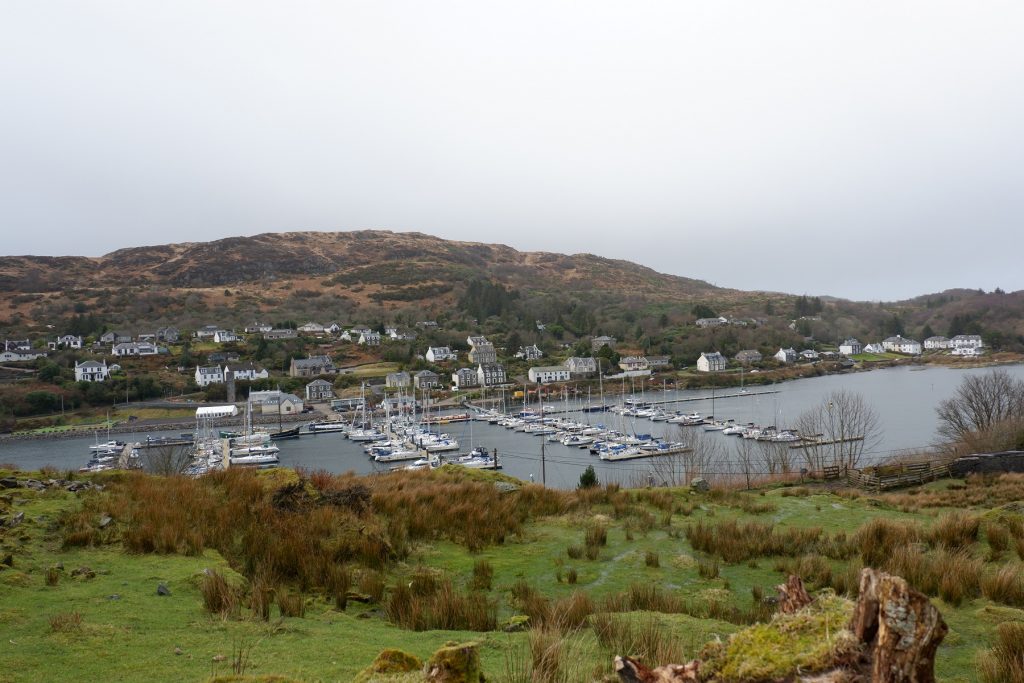 ‘On the weekend in March, just two weeks before the lockdown, my relatives visited me in Scotland. Road trips are a perfect way to enjoy nature in Scotland so we rented a car and randomly headed to West Loch shores. The scenery throughout the journey was incredible! We drove alongside of Loch Fyne whilst country music played in the car which fit the sense of Scottish nature around us.

After driving a while, we found a harbour with a peaceful vibe. We decided to stop and take a deep breath. We walked along the side of the port until we found the sign for Tarbert Castle. We were curious so followed the path and saw a welcoming sign for the castle. The castle was at the top of the hill near the beach. The entrance of castle was free, but they encouraged visitors to donate only 50 pence for castle maintenance. We hiked with the rain and strong wind that challenged us to move our steps forward. It was a relief after we reached the castle to enjoy the picturesque scenery of Tarbert from the top of the hill!

The perfection was added to when the rain stopped and a rainbow appeared! The sense of countryside was stronger after a group of sheep passed by in the grass below the hill. It was just a perfect view! I was so lucky to have this opportunity before the lockdown. The view from Tarbert Castle was one of the best landscapes I have ever seen.’ 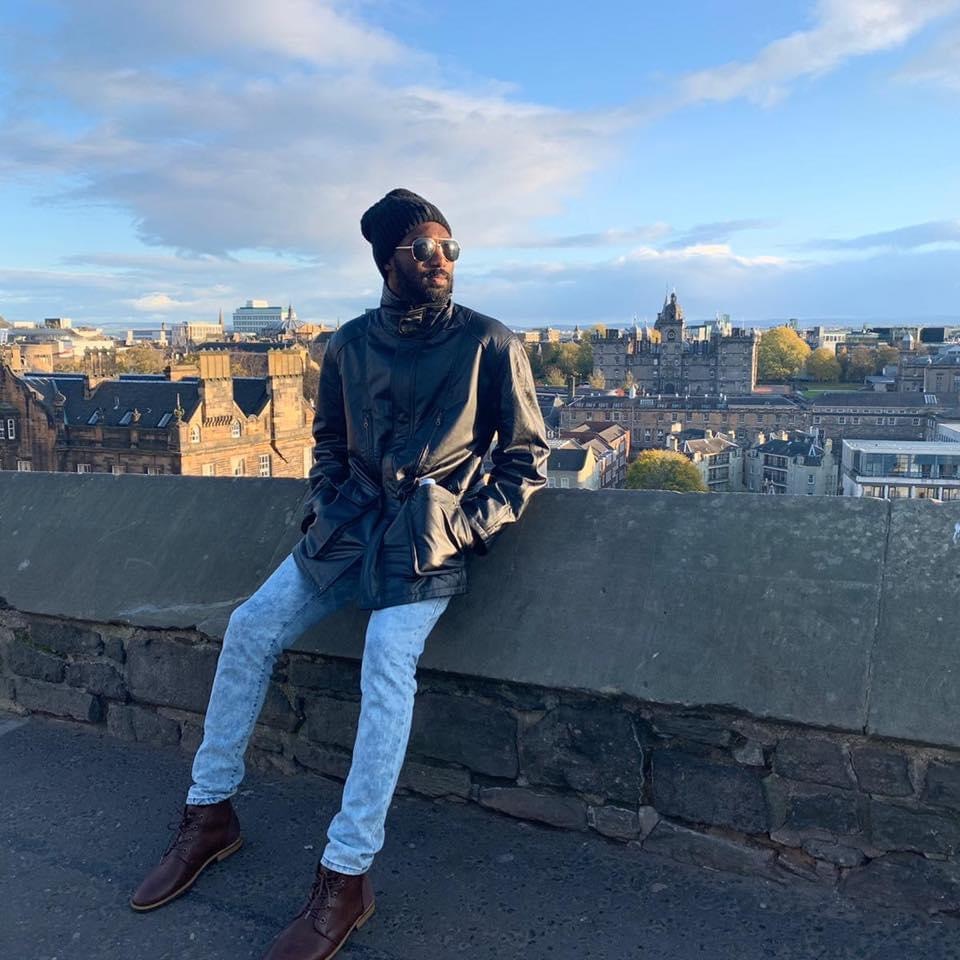 ‘I planned a trip to Scotland in October 2019 with some friends that I had met since coming to the UK. This was one of many trips that I had planned with friends. This trip was special however because we wanted to learn about each other’s culture, since we came to the UK from various countries such as from India, Kuwait, Malaysia, France, Barbados, Trinidad and Tobago, and Jamaica.

The trip was filled with laughter and excitement, and was a perfect getaway to rejuvenate our mind and bodies before our first semester exams.

This picture was taken in Edinburgh at the Edinburgh Castle and shows the picturesque scenery of Scotland. I truly appreciate the landscape which was definitely one of the best views I have seen in my life.’ 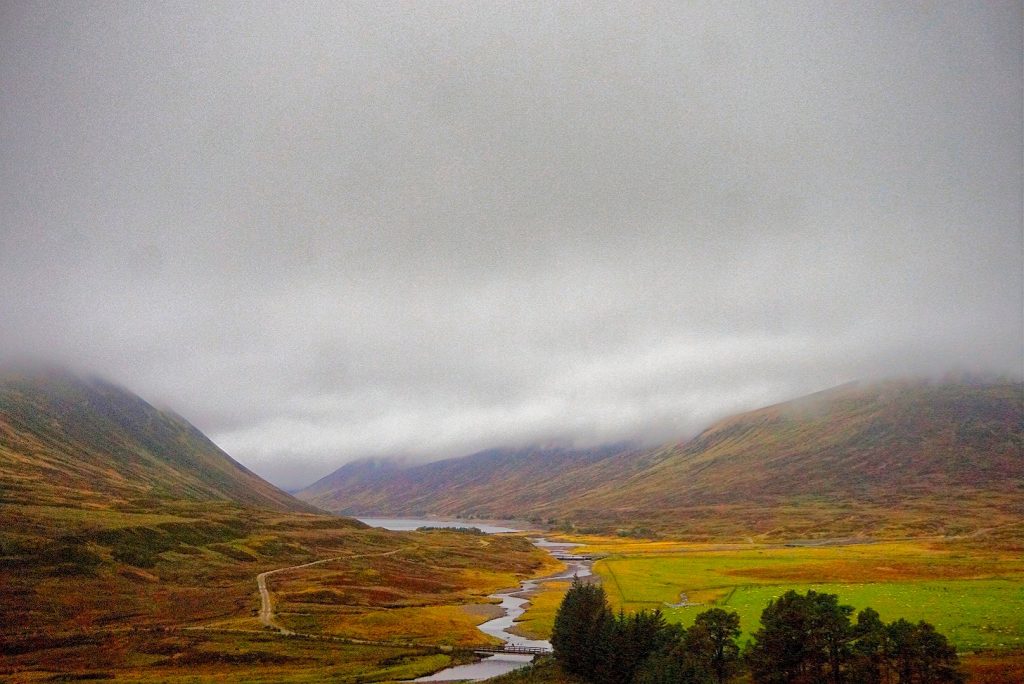 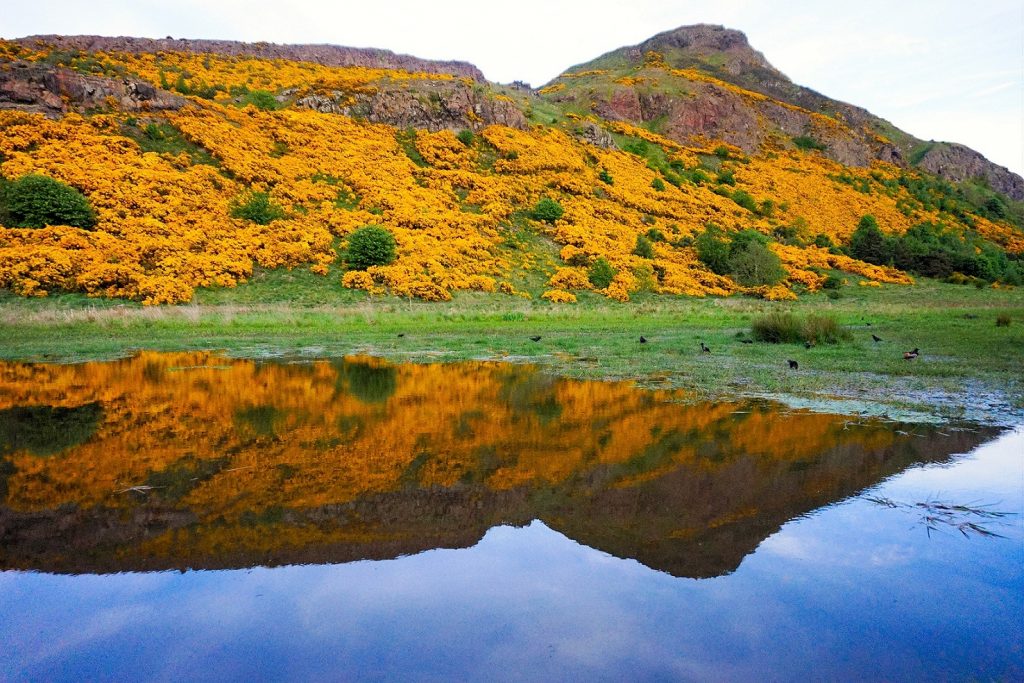 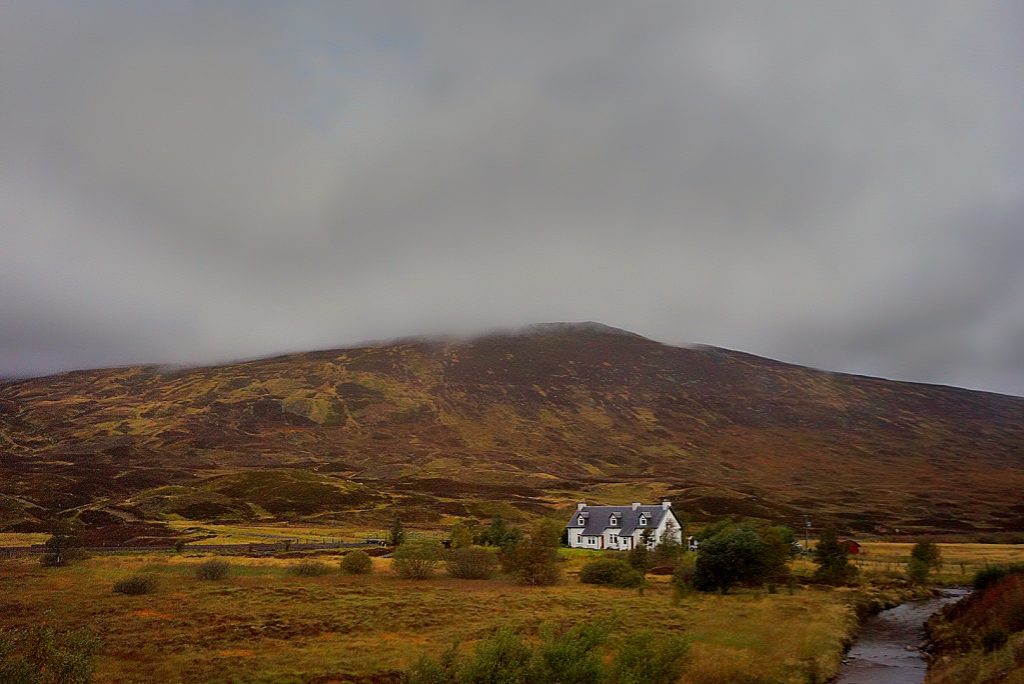 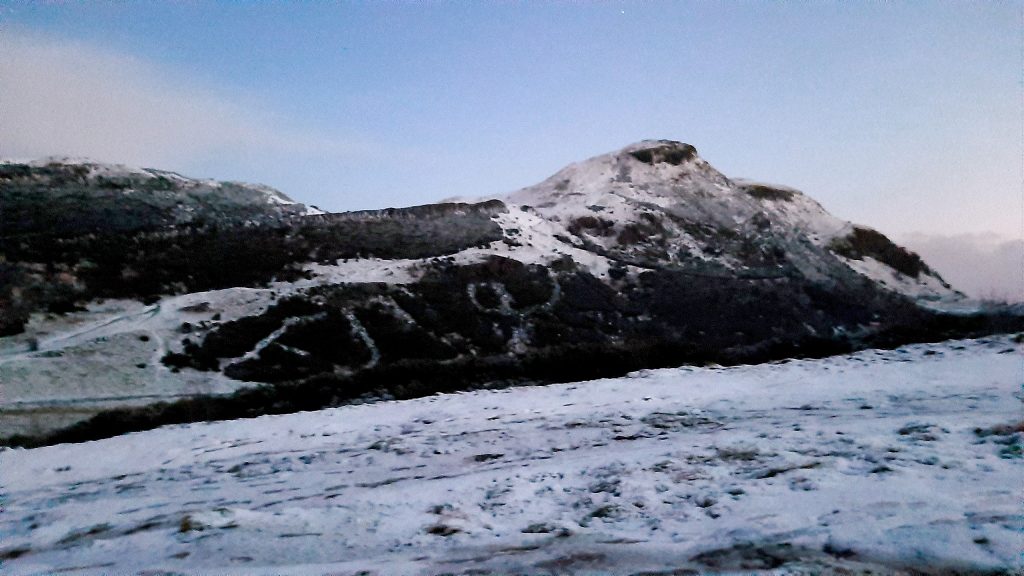 ‘It’s quite tempting to choose all of the best British landscape from my documents, but there are too many so I chose some epic natural landscapes from the majestic Scottish Highlands to be shared.

First of all, it’s Ben Lomond under thick blankets of cloud in Loch Lomond and the Trossachs National Park. I just felt lucky to get this picture while Scottish winds fiercely battered my Chevening friends and I on that trek. The other one near this area is the natural landscape of Loch Lomond.

Then, it’s a panoramic picture of a house and the Scottish Highlands, and also a valley within the Highlands. I took this picture whilst on a bus trip to Inverness and Loch Ness. It’s nice enough to be a fancy Scottish landscape painting!

Just close to my home in Edinburgh, you can still sense the Scottish Highlands from the landscape pictures of Arthur’s Seat, a 300 million years old dormant volcano just at the corner of the City of Edinburgh. It’s always beautiful – even when it’s snowy, foggy, or at the end of springtime. For those who love outdoor activities, this site with its Holyrood Park offers all in one.’ 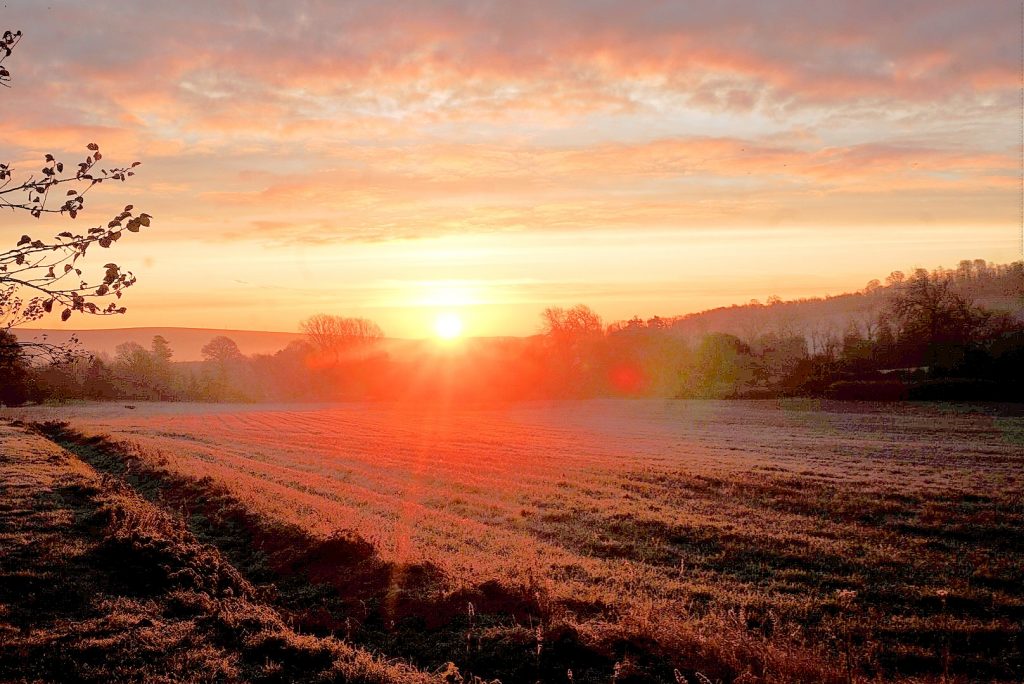 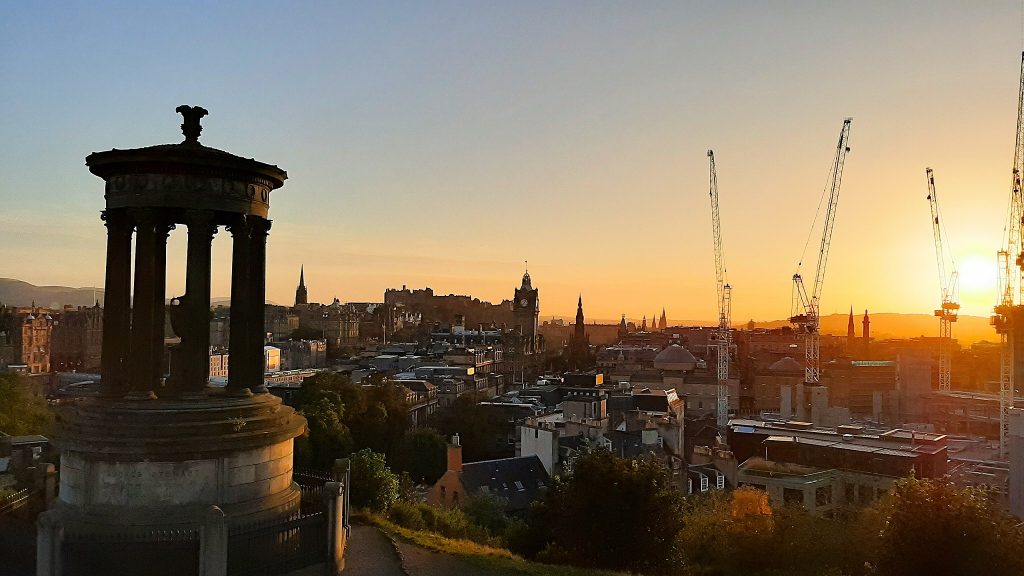 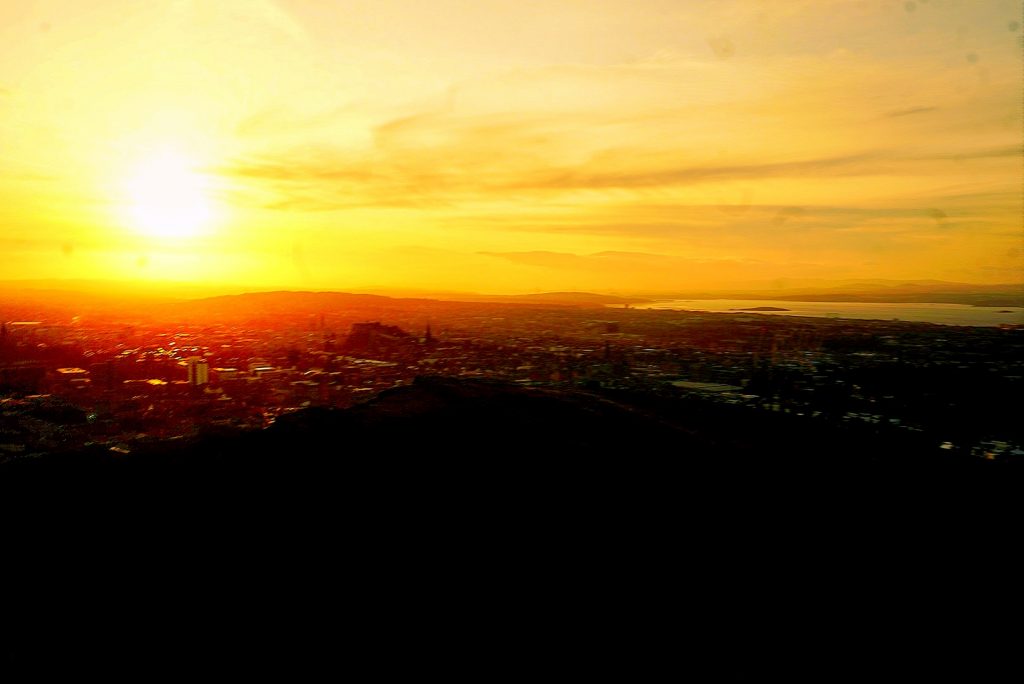 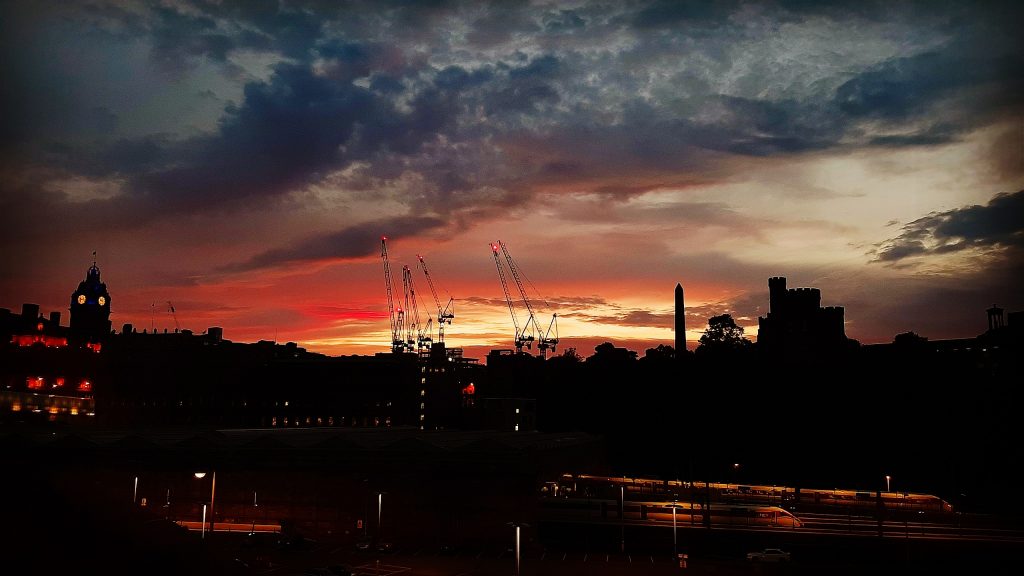 First of all, it is the sunrise in the English countryside in Winston, West Sussex. It’s a golden sunrise with the splendours of white frosty winter. These glimpses of nature made an unforgettable morning while attending a Chevening Conference of Parties (COP) with fellow Cheveners.

Then, I have several sunsets in a row from my home in Edinburgh. The first one is the sunset landscape from the City of Edinburgh, one of the UNESCO World Heritage in the UK seen from the Calton Hill, where the Old Observatory, Nelson Monument, and ‘The Athens of the North’ Monument are there.

The next one is the golden sunset with the City of Edinburgh and the Firth of Forth seen from Arthur’s Seat where you can enjoy the views of the city and the Forth River Estuary’s landscape.

The last one is the sunset of the City of Edinburgh from near Edinburgh Waverley Station after a rainy day, spraying the red and golden rays with the seas of clouds. Taken in the weekdays after the lockdown was eased, the sunset would likely say, these storms shall pass, too.’ 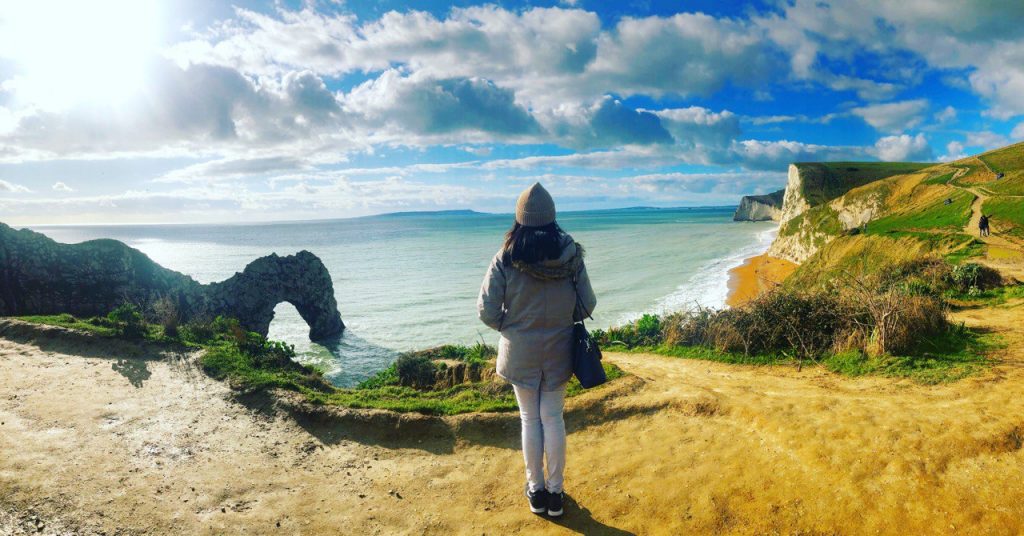 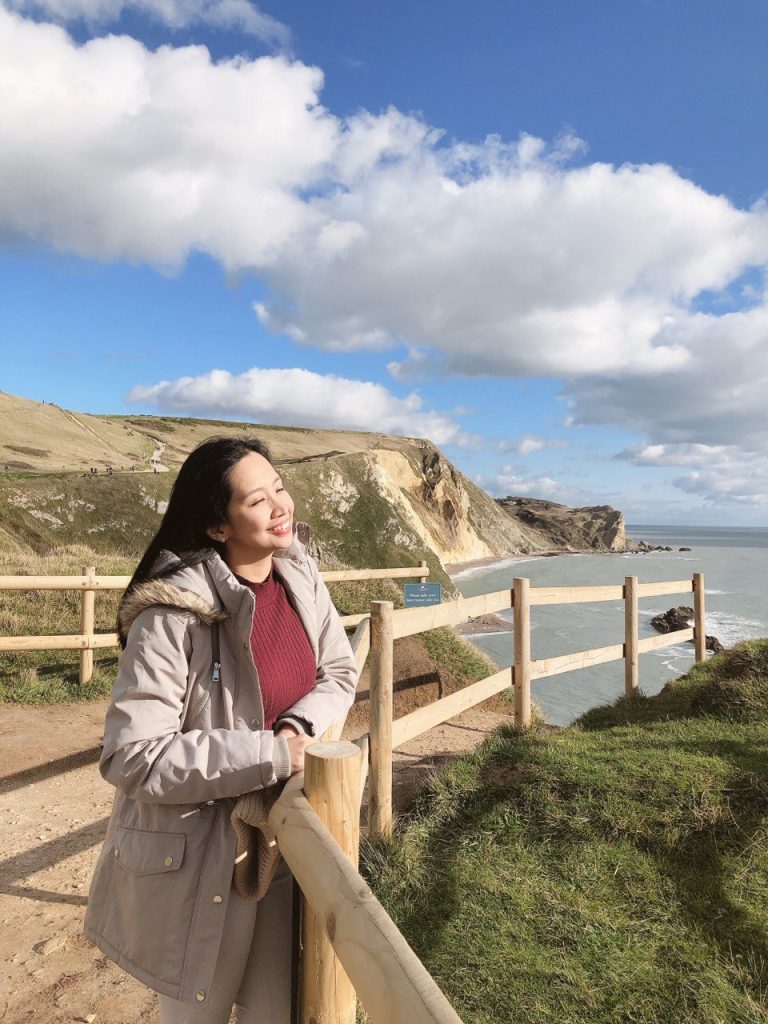 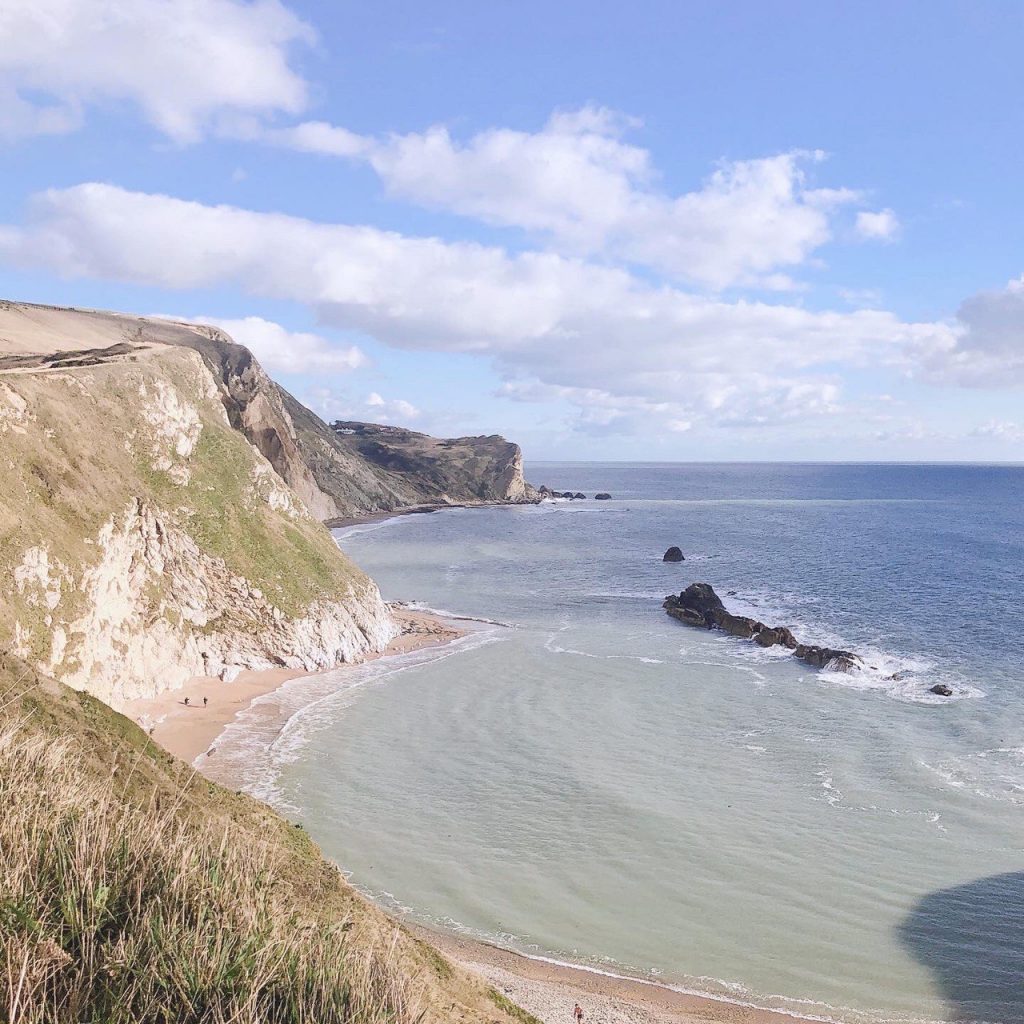 ‘It was one bright and breezy morning during the term’s reading week. It was my first time to go out of the city to take a breather with a couple of new friends from class. Little did I know that there would be a spectacular scenery just a few hours away from London.

Once we arrived at the Jurassic Coast, I was in awe – no wonder that it is a UNESCO World Heritage Site. I stood by the cliffs and marvelled at the view, the ‘Durdle Door’, a historic rock formation of millions of years on my left, the white coastal rocks on my right, and the blue skies and the English Channel right in front of me. It was truly a day to cherish, and I took a panoramic photo to remember how I felt that day, and also to have my very own postcard.’ 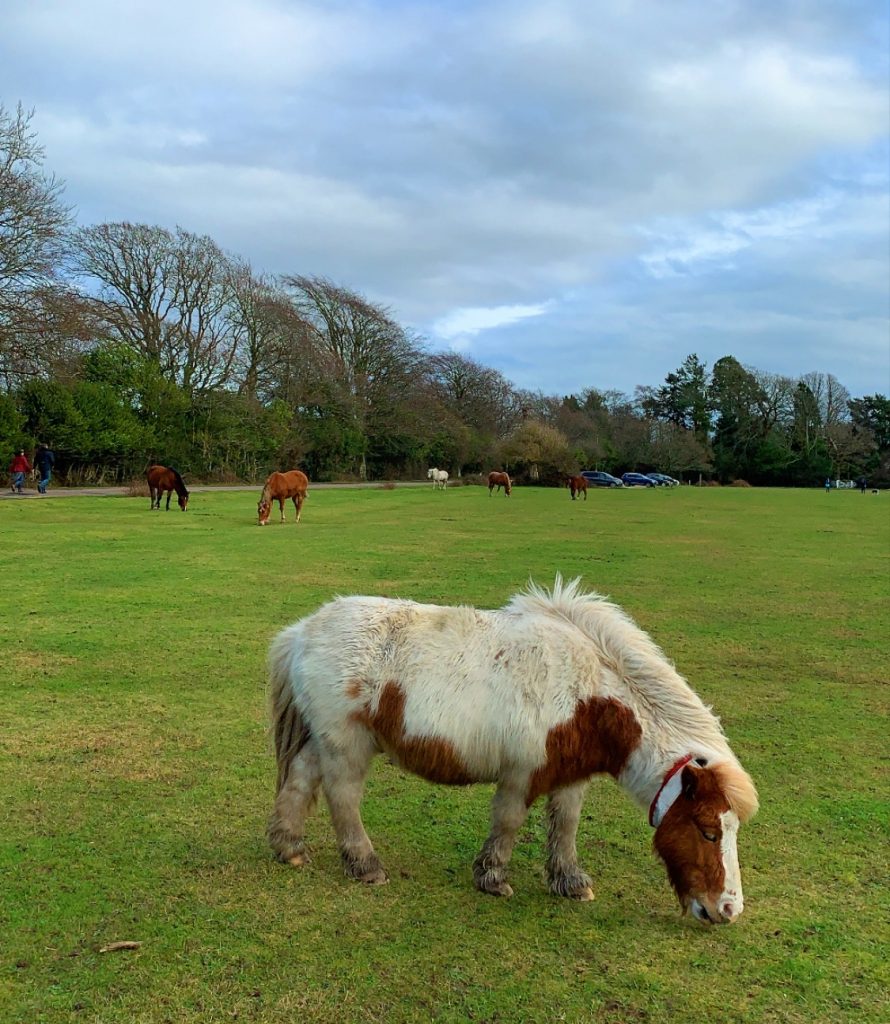 ‘Before the lockdown, I had the chance to go for a long walk at the New Forest National Park with a group of local Bournemouth residents that I got to know through a group of outdoors enthusiasts. The forest was a great place to walk and have some fresh air. I was amazed by the wild horses and ponies living in the forest, it was something completely new for me, I’ve never seen wild horses in my life.

After the walk, we went for dinner at a typical old English pub in Brockenhurst. Definitely a highlight of that day, as it was also the first time for me to dine in an English pub.’ 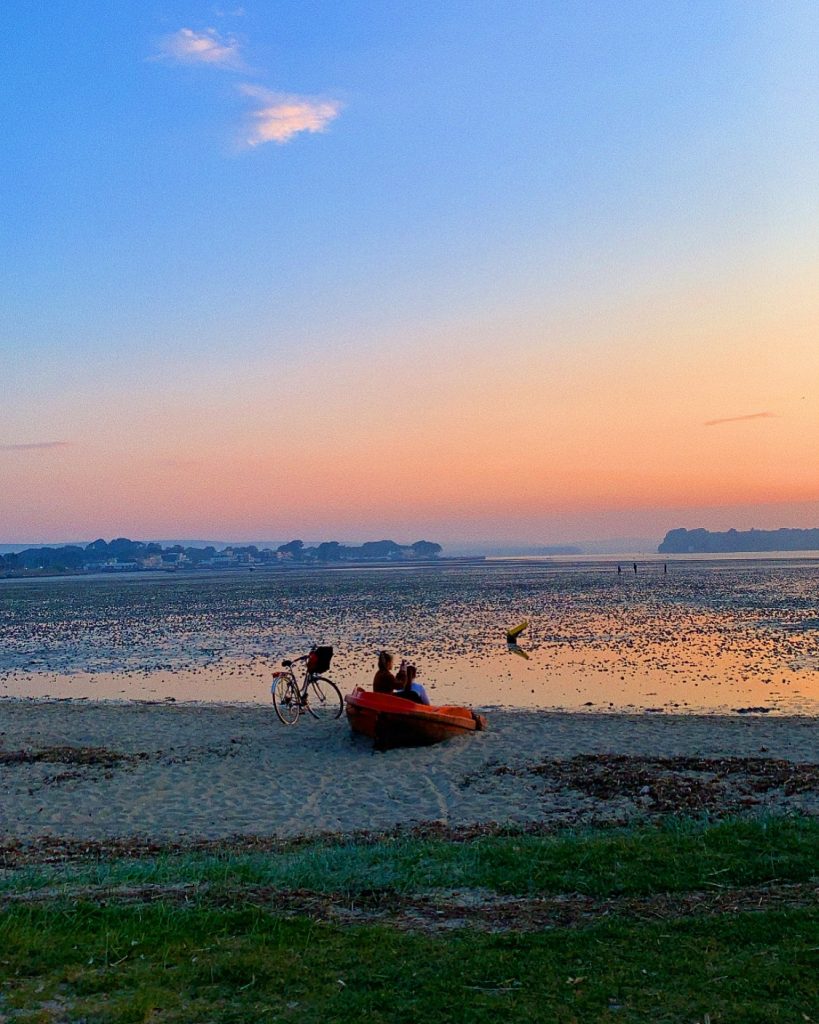 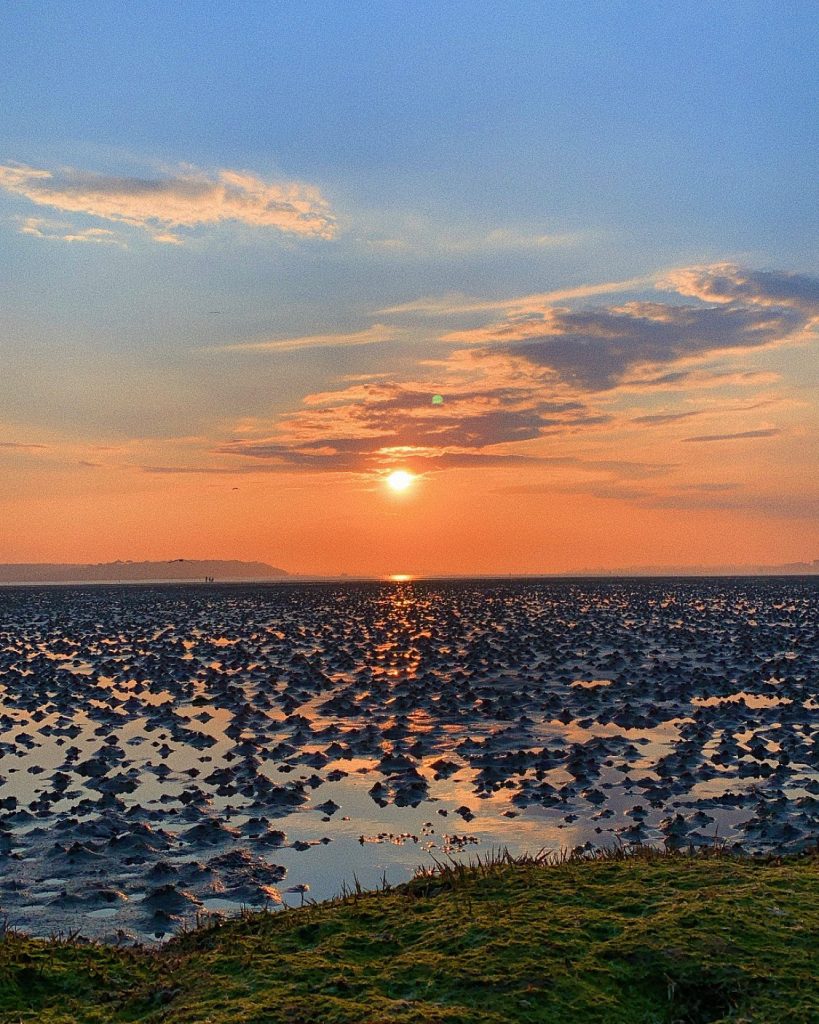 ‘On the other hand, how about a little walk by the beach? This question pops up in my head whenever I feel the need of a break from my studies and assignments. I am extremely blessed to live and study by the sea; the endless views are uplifting and liberating. I like to go on exploring and taking pictures. On that day, I decided to go further to the west where I discovered this stunning beach with contrasted yet wonderfully coloured views. I sat there watching the sun going down and listening to the amazing British singer, James Blake.

Funny thing, when I showed the pictures to my friends back home, they thought I took them somewhere in Morocco. This is a proof that the UK has some outstanding landscapes’ diversity! It never ceases to surprise me.’ 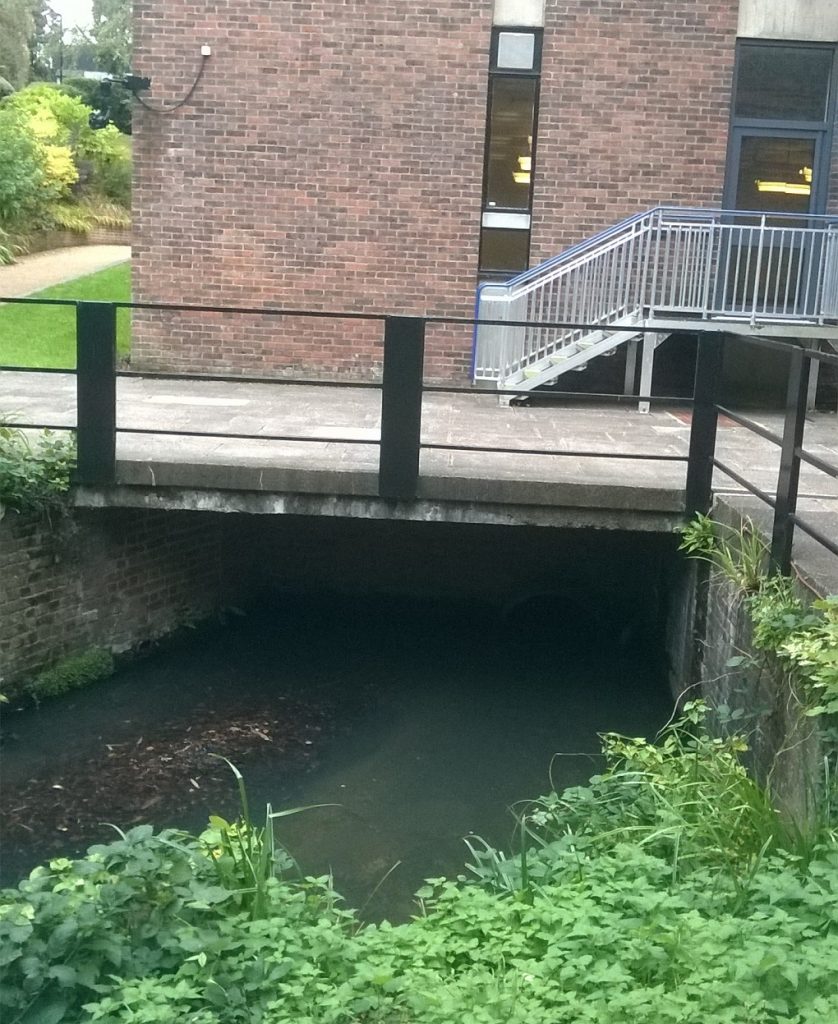 ‘A brook graced with rich flora and fauna runs peacefully underneath the University of Southampton Student Union’s building-42, the hub of entertainment. A remarkable piece of ingenuity by a “nature hugging” community that could have otherwise diverted its natural flow, modified, or relocated the building. It is a lovely model of humanity’s call to live in harmony despite diverse cultures and backgrounds. “Diversity is the Spice of life”.’ 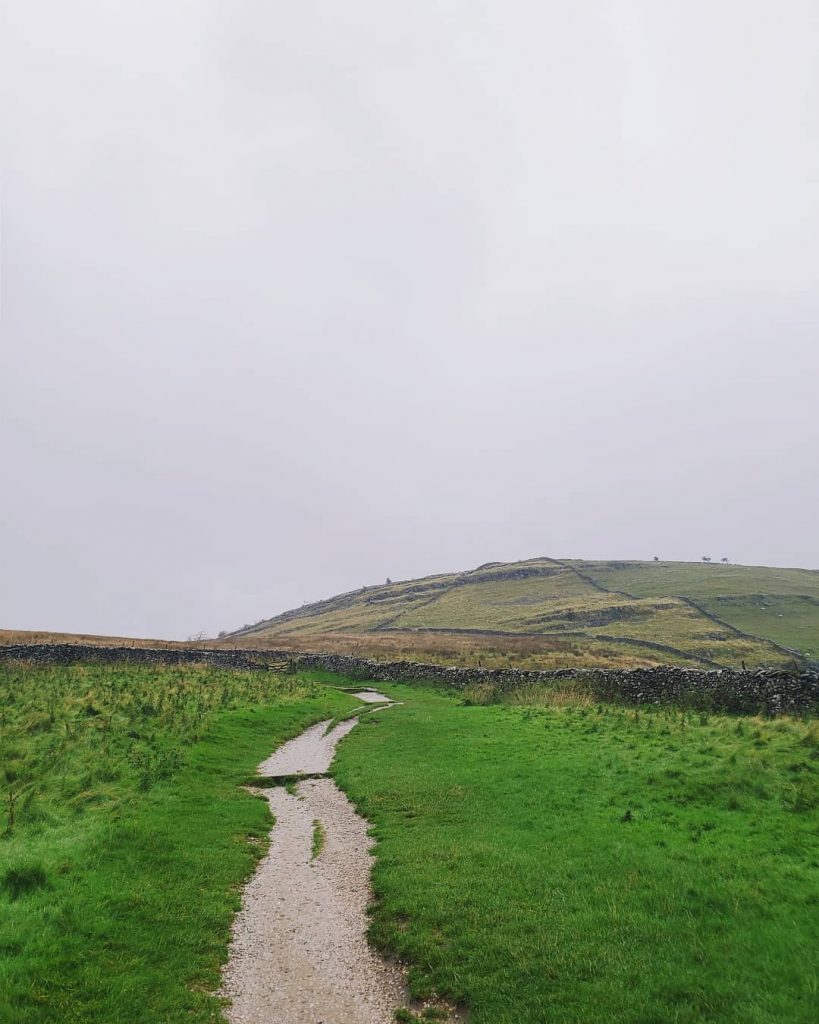 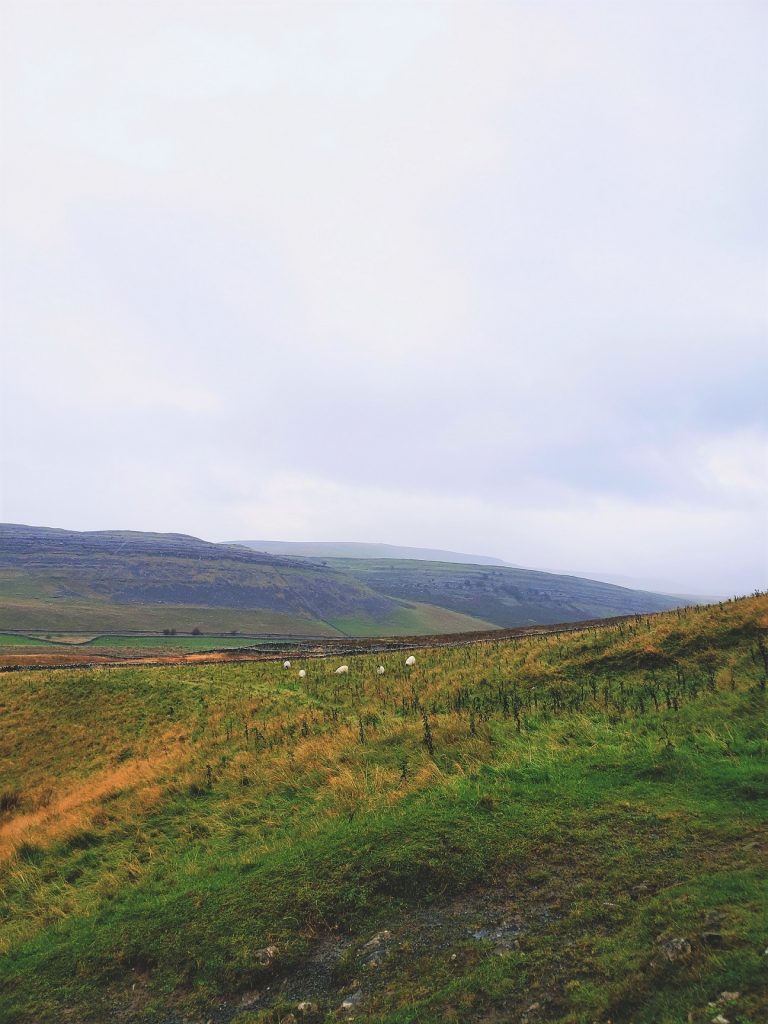 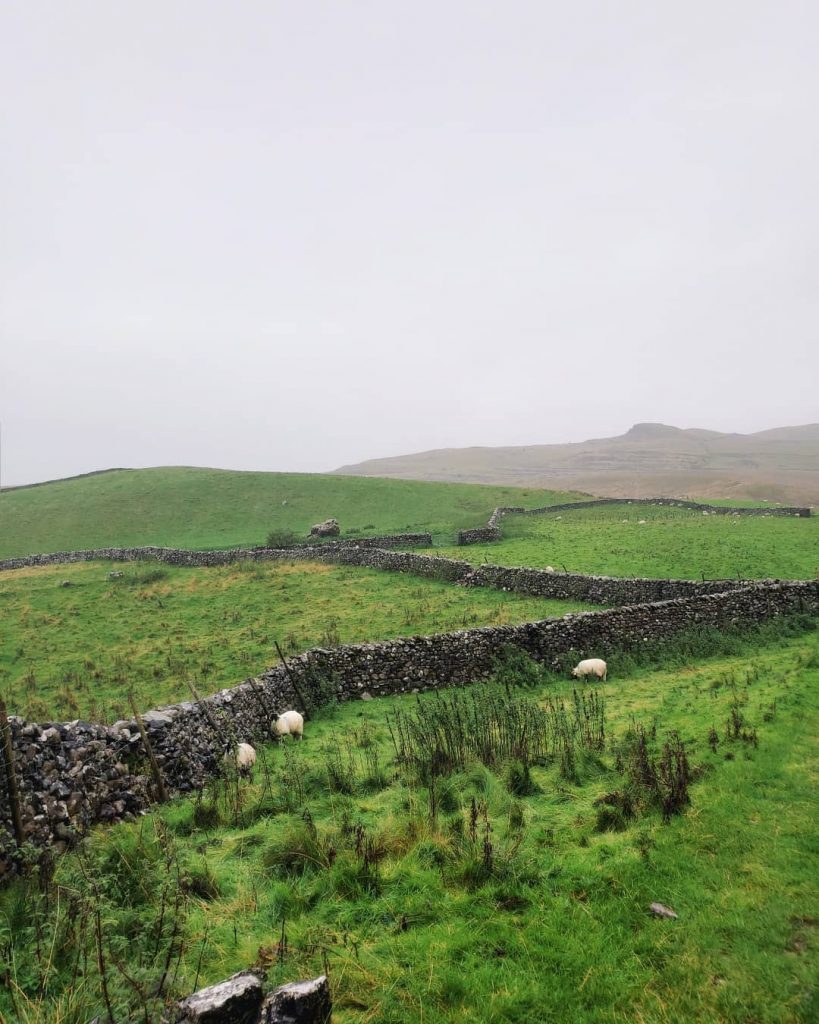 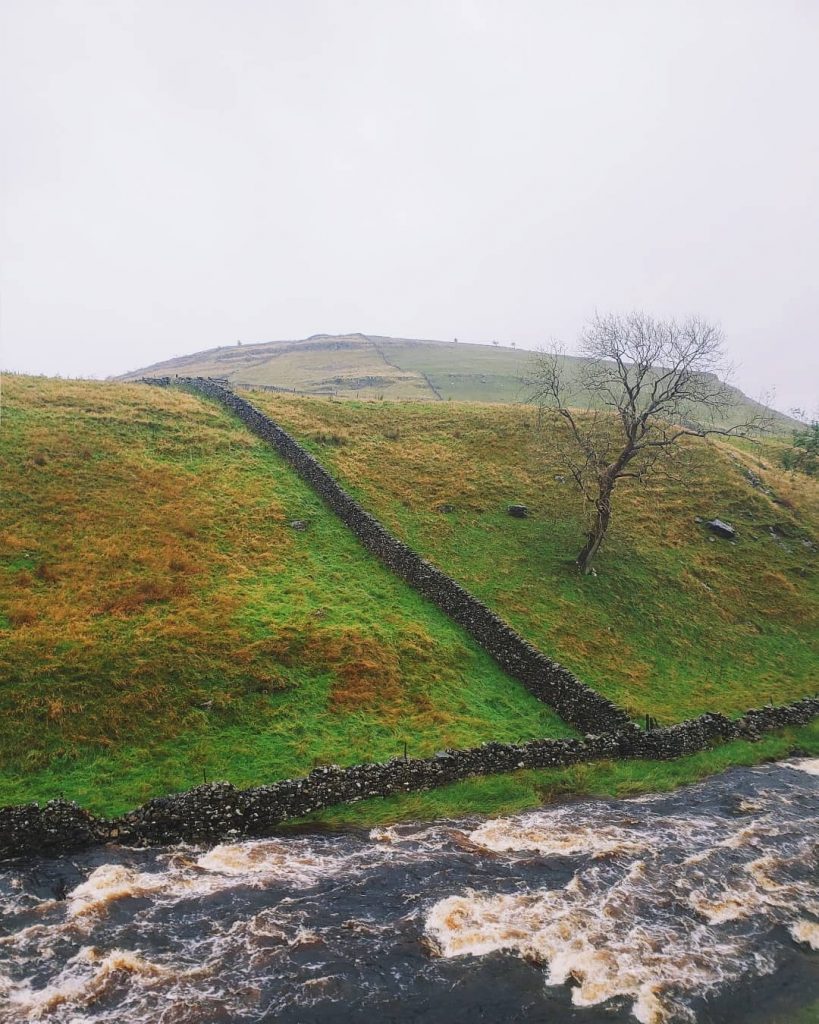 ‘Last year, I travelled to the Yorkshire Dales National Park and was amazed by the idyllic landscape. Walking around and doing trails I soon felt as if I were a character from one of the many stories I read in my English Literature classes, wandering the vast natural wilderness in my own adventure.

Of course, the weather was a major player that day. I saw the sun disappear behind clouds and be followed swiftly by heavy rain which would last for minutes only to stop and be replaced by fog. Then, the fog would disappear and I would be looking at sheep in a green vastness.

At the end of the day, I had officially been introduced to the inconstancies of the British weather. However, despite being soaked and freezing cold, I felt very grateful to have been there that day and seen those beautiful fields and waterfalls.’ 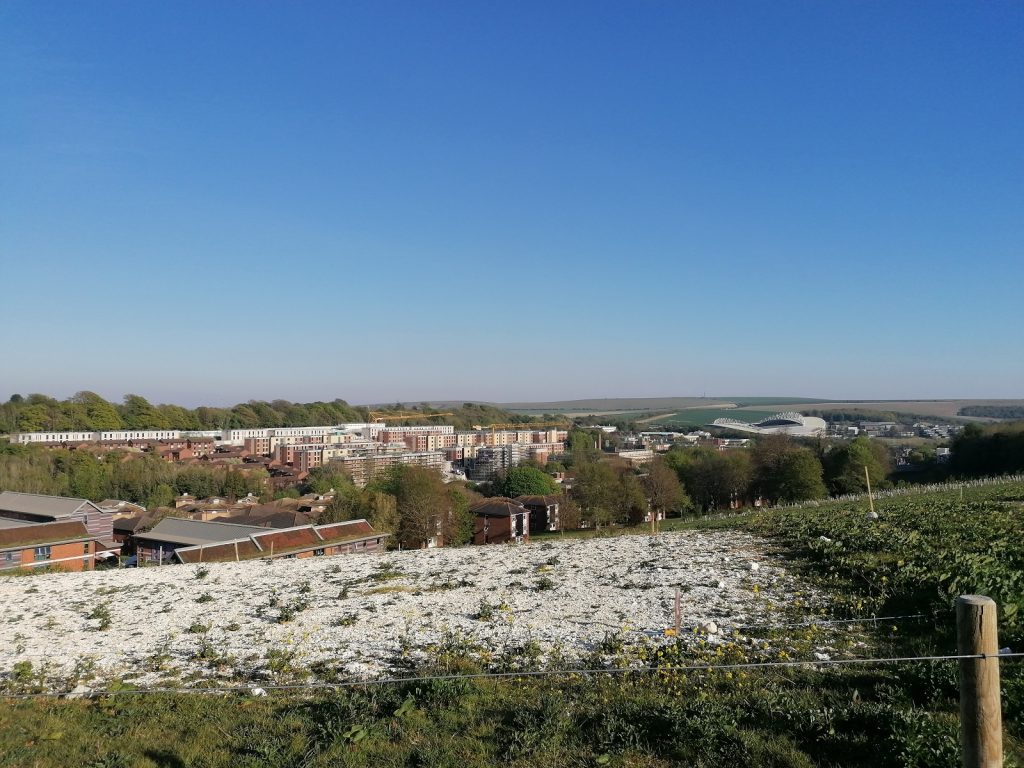 ‘I decided to climb up hill behind my student accommodation on campus. Having been indoors for few weeks working on term papers I was bored and stressed out. At the time I just needed fresh air and bit of sunlight. Climbing up the hill and seen this amazing landscape brightens my day. I called it “A part of Sussex on the hill”.’ 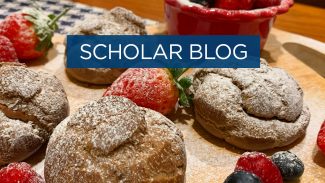 Cheveners share how they’ve been spicing up their lockdown lives with these delicious dishes that will have your taste buds tingling. 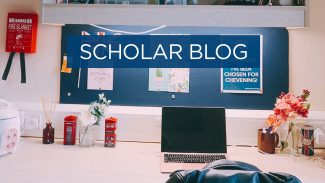 There are two key study spaces for most scholars: the library and their desk at home. When the UK went into lockdown in March and scholars could no longer physically go to the library, their desks became more important than ever so course, it became vital that their study-from-home space reflects who they are. And […] 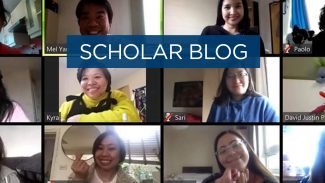 None of us thought when celebrating the arrival of scholars to the UK in September/October 2019 that their Chevening journey would include a global pandemic and quite so much time studying from home. But, when the world throws Cheveners a problem, Cheveners rise with solutions and make the most of it. Globally, the education sector […]