City in the spotlight: Brighton

For this month’s ‘in the spotlight’, Programme Manager Louise has taken the time to chat about her hometown – Brighton. A place filled with vibrant colour and beautiful coastlines, she can’t recommend it highly enough. Why not go and visit to see what all the fuss is about?

Chevening: Hi Louise. Thanks for taking the time out to talk to us! Did you grow up in Brighton then?

Louise: I grew up nearby, but I really fell in love with Brighton when I studied at the University of Sussex and got to live in different parts of the city. After I graduated I settled in Hove for a few years and still try to visit when I can, especially in the summer.

Chevening: Sounds like it’s pretty much home to you then! It’s quite a beach resort isn’t it?

Louise: Yeah it is. The city of Brighton and Hove lies on the south coast of England, around 50 miles from London. It’s famous for its five miles of shingle beach and the seafront has everything you could want from a British seaside resort – the Palace Pier, fish and chips, ice cream, and fairground rides, as well as bars and cafes with live music. Most visitors who come by train in the summer walk straight down to the sea from the station and settle at the first part of the beach they can find so it gets really crowded.

Chevening: Sounds like the perfect seaside resort. Is it always busy?

Louise: Pretty much, although there are some places tourists don’t venture to. My tip is to walk west for five or 10 minutes towards Hove, where you’ll find much cleaner and quieter spots.

Chevening: Apart from the beautiful beach, what would you recommend visiting?

Louise: One of Brighton’s most recognisable landmarks is the decadent Royal Pavilion, which was built as a home for the Prince Regent during the early 19th century and now operates as a museum. The grounds also contain the Brighton Dome, which was originally built as stables for the Prince’s horses but now houses a concert hall and theatre. Abba won the Eurovision song contest with ‘Waterloo’ at the Dome in 1974, and students from the Universities of Brighton and Sussex have their graduation ceremonies there.

Chevening: Abba, wow. That’s a pretty big name. Sounds like it’s a must-visit venue then. Any other little secrets you can let us in on?

Louise: I’ve spent a lot of time walking around the city and exploring its hidden gems, which I encourage you to do too. The Lanes are a good place to start but don’t be surprised if you get lost, as the narrow alleyways follow the complex street pattern of the fishing village that used to be on the site. You’ll find antique shops, jewellers, restaurants and pubs including The Cricketers, the oldest pub in the city and a favourite of Brighton Rock author Graham Greene. The North Laine is an area that best embodies Brighton’s reputation for the bohemian, and has lots of great independent shops, cafes and artists’ studios. If you have time to spare, I recommend a visit to Snooper’s Paradise, a kind of antique shop/flea market where you can find things you didn’t even know you were looking for!

Louise: It really does, and that’s why I love it. There’s so much to do and see, you can never get bored. Brighton also has a large LGBT community and is sometimes referred to as the ‘gay capital’ of the UK. The Brighton Pride carnival is one of the world’s most famous Pride festivals held every year in August, and it involves a parade and a big party in Preston Park.

Louise: Yeah it’s really great, I fully recommend it. It’s always a lot of fun, even if the weather doesn’t always deliver!

Chevening: Well, you’ve certainly made us want to visit, even if it’s just for some fish and chips and a stroll along the beach.

Louise: You should, and so should the scholars! If any of the scholars do go along, I’d love to see some of their photos. Send them to us on Instagram, Twitter or Facebook, and make sure to use the hashtag: #IamChevening 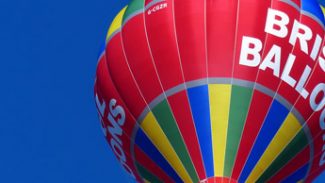 City in the spotlight: Bristol

Summer is here, and we are back with another addition to our ‘in the spotlight’ series. Programme Officer Rebekah Palmer shares historical information about Bristol’s famous sites and gives us her reasons for why you should visit one of the best places to live in the UK, according to her sources. Bristol is one of […] 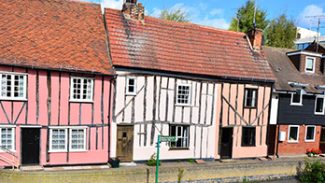 In the spotlight: Colchester

The second of this month’s ‘In the spotlight’ series has been written by Jim Dale, another of our programme officers. He’s an Essex lad through and through, and understandably, gets quite excited about his home county. Here are Jim’s tips for Colchester. When I tell people that I am an Essex boy, the image that […] 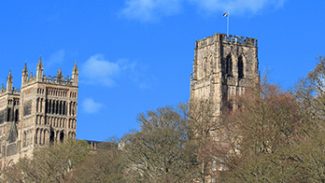 In the spotlight: Durham

‘In the spotlight’ is back for another month, and this month we’re heading north once again. Idu Nwokolo, one of the assistants in our programme team, went to university in Durham, and it’s safe to say she’s a fan of the place. Here’s her thoughts on why you should visit the city of Durham. One of […]