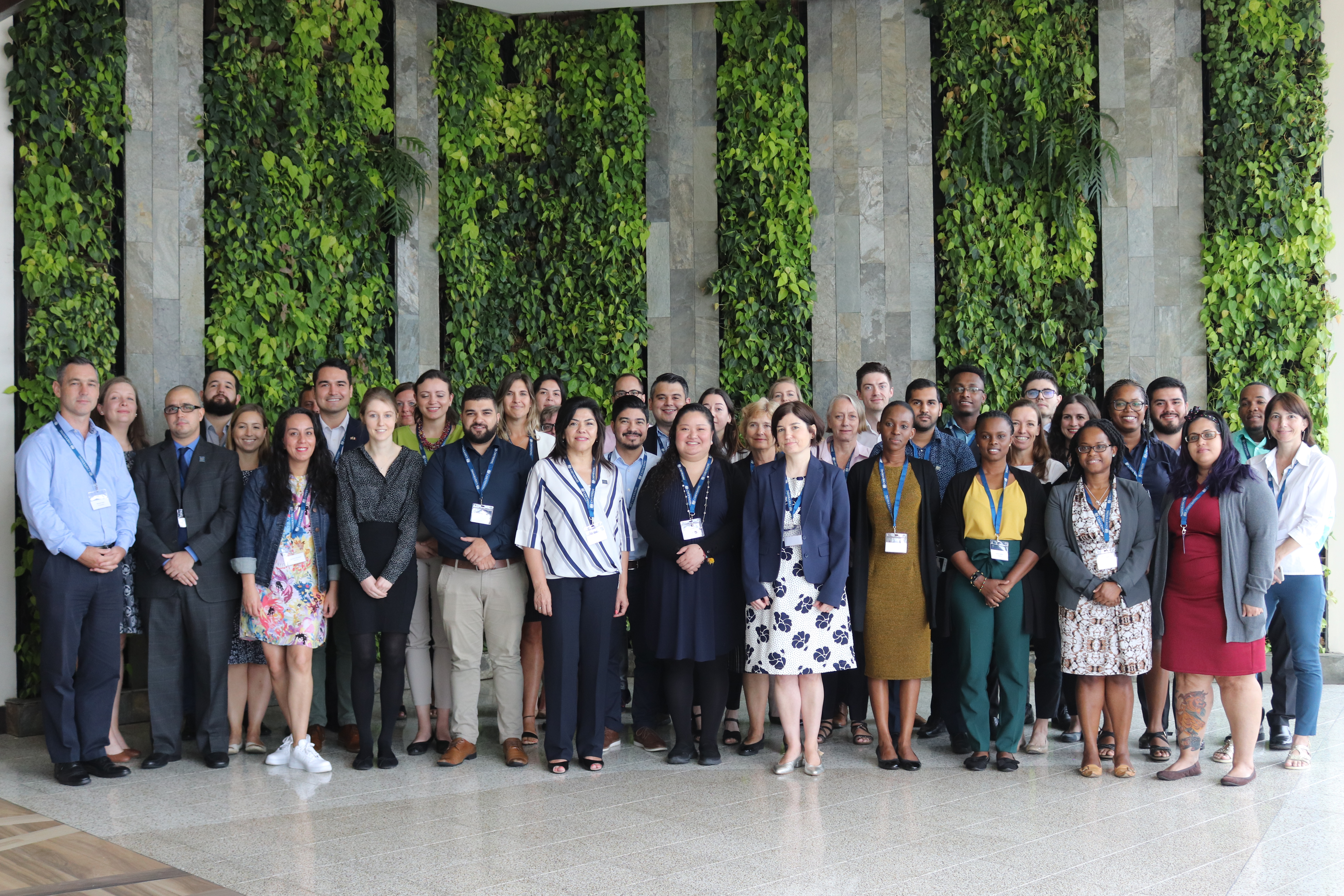 In celebration of its 35th anniversary, the Chevening Secretariat and British Embassy San José hosted our largest regional conference to date. The conference brought together Chevening officers from across the Americas, British Overseas Territories, and the Caribbean to network, learn, and exchange ideas.

Now in its second series, the regional conference is a way to provide Chevening officers with training and updates on key areas of the programme. It is also an opportunity for them to share their success stories and discuss key challenges, while developing their network of contacts within the region. The focus of this conference was on partnerships and alumni, with one day dedicated to each. Both Chevening staff and officers presented on a range of topics related to these themes, as well as Chevening’s 35th anniversary, monitoring and evaluation, and collaborative leadership. Throughout the conference, participants were also encouraged to give feedback on the Chevening programme. This was an invaluable opportunity for the Secretariat to gain a better understanding of the particular challenges within the region so that it can better support posts going forward.

Two of the 35th anniversary batons also made an appearance, with one handed from Uruguay to Colombia, and the other from Costa Rica to Brazil. The batons are being passed between British embassies/high commissions around the world to commemorate 35 years of Chevening, and celebrate global partnership and cooperation. In addition to all of the professional development, the group was also treated to traditional Costa Rican food at Ram Luna, a restaurant perched high in the mountains overlooking the Central Valley. There was also a gala dinner, where participants were joined by local embassy staff and alumni, including Olman Segura-Bonilla (1989) and Yansy Vargas-Solis (2017) who each spoke about their Chevening experience.

In her speech, Yansy praised her time in the UK, saying that ‘Chevening has built a fundamental part of my story. After that year, I am a stronger, more confident and resilient woman.’ The conference closed on a high note as Chevening officers exchanged contact details and agreed to take forward a number of actions back at post. The Chevening Secretariat also left with renewed enthusiasm, having witnessed first-hand the commitment and dedication of those who help administer the programme around the globe.