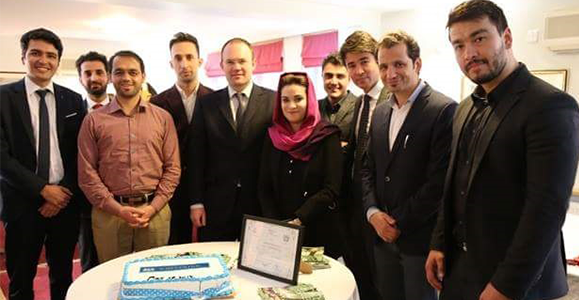 In Kabul, celebrations were in order at the start of May as Cheveners gathered to celebrate the launch of their new Chevening Alumni network. After many years of meeting together informally, the Afghanistan Chevening Alumni Network (known as Afghanistan-CAN) has now been established and registered with the government of Afghanistan.

Deputy Ambassador James Squire officially launched the network at a ceremony at the British Embassy in Kabul, which was attended by over 50 people. 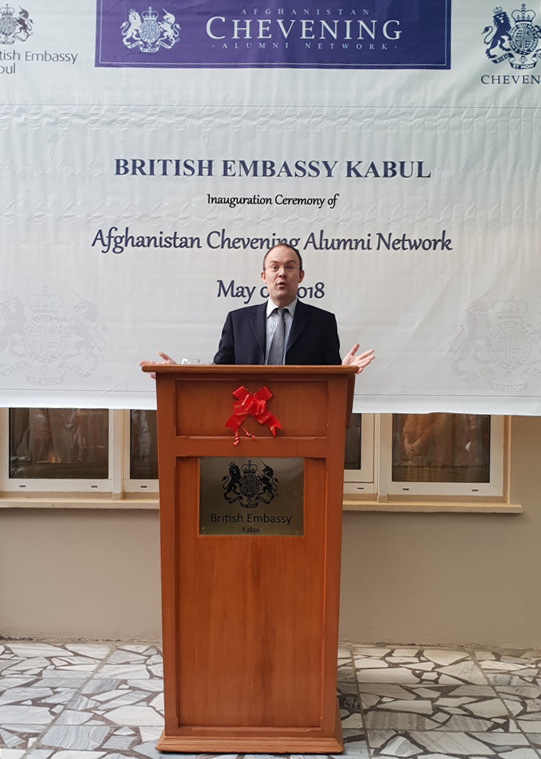 ‘I strongly believe that people—talented, committed and dedicated—and education, are critical to building the future of Afghanistan. I’m delighted that the UK is not only providing prestigious scholarships for Afghanistan’s brightest youth, but is also supporting the collaboration between these alumni and Chevening Scholars across the world.’ 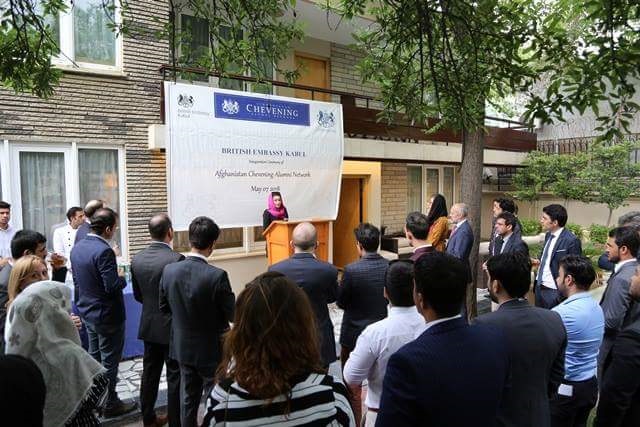 The evening also featured a speech from Tania Aria, the President of the Afghanistan-CAN, during which she set out the group’s vision:

‘Afghanistan Chevening Alumni Network (CAN) is a platform for the Chevening Alumni to contribute and share their insights in the economic, political and social affairs of the country; practice leadership; and give back to the community through promoting the Chevening Scholarship programme. It also serves as a bridge to strengthen the relationship between Afghanistan and the United Kingdom,’ said Aria.

‘Afghanistan-CAN provides the opportunity for well-informed, confident, and empowered Chevening Alumni to present the positive image of Afghanistan through their active voice in the national and international events.’

This newly-launched network will now provide a platform for professional advancement and interaction amongst more than 190 talented Afghan alumni who have graduated from the UK’s prestigious education institutions. 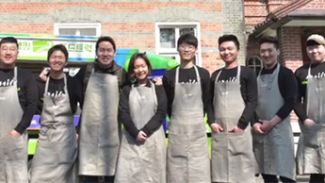 On 4 March, Chevening Scholars gathered with their families at the British Embassy in Seoul to learn about and discuss the global food crisis at an event co-hosted with Oxfam. The event, titled ‘OXFAM X Sam Kim Food Truck’, gave participants the chance to taste Korean chef Sam Kim’s pasta, learn more about Oxfam Korea’s work, fundraise […] 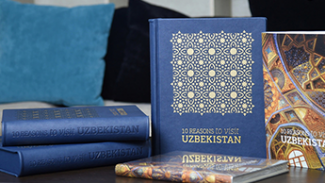 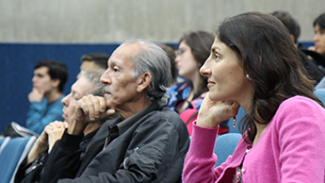