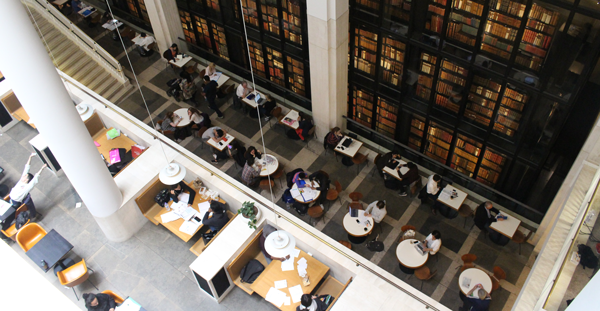 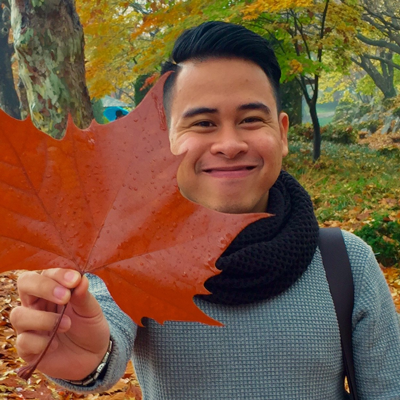 Chevening Scholars delved into war and literature at the British Library in London last 23 May 2018 for the Chevening Explores… event entitled: ‘The Great War and World Literature’.

Scholars were welcomed by Marcie-Jane Hopkins, Head of the International Office at the British Library. In her welcome message, she pointed out the large collection of printed and online resources that the Library offers, making it one of the biggest libraries in the world.

The British Library is home to over 150 million items stored in 800 km of shelves located in two libraries. These compendiums constitute ancient to twenty-first century collections: music manuscripts; collections of sound and moving images; the British web archive; news and media collections; publications and researches on business, law, social welfare, management studies; an others.

The collections are also aggregated in terms of geographical relevance: Asian, African, European, and the American and Australian collections. The Library also houses 11 reading rooms which are fully equipped with wide-ranging resources and facilities for research. 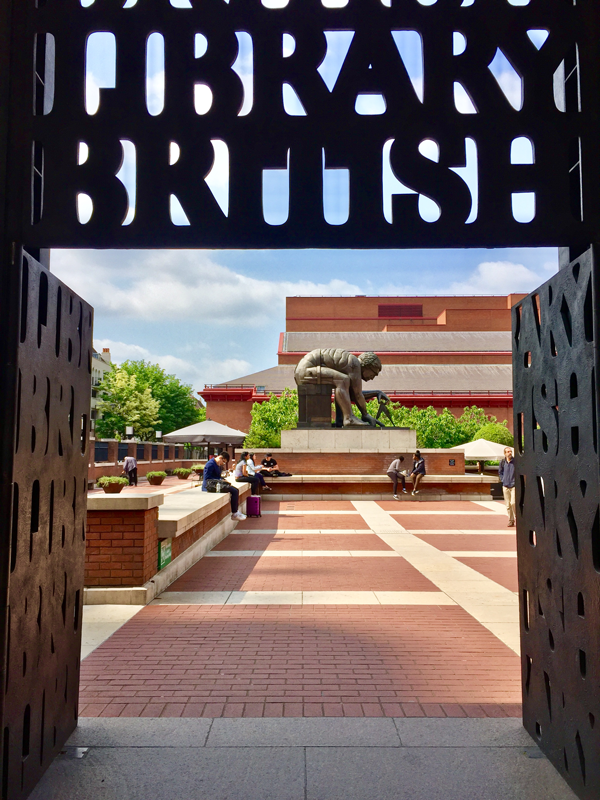 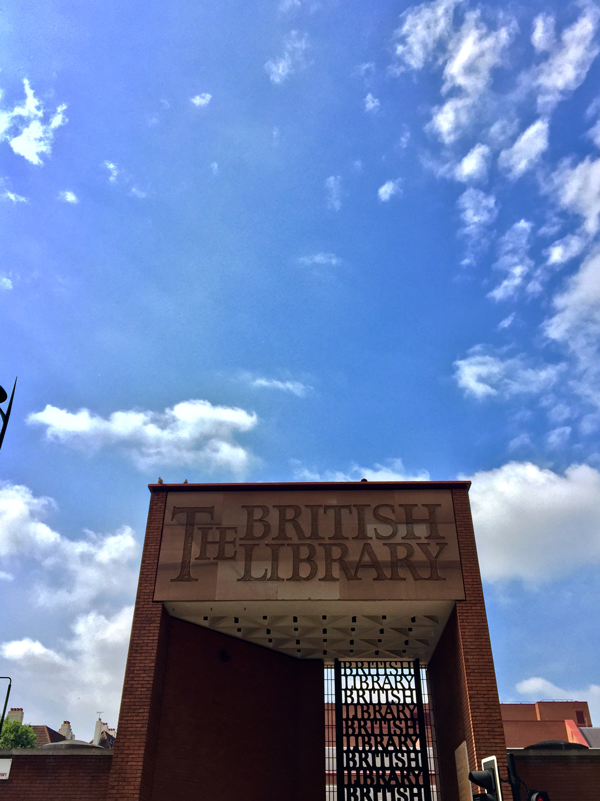 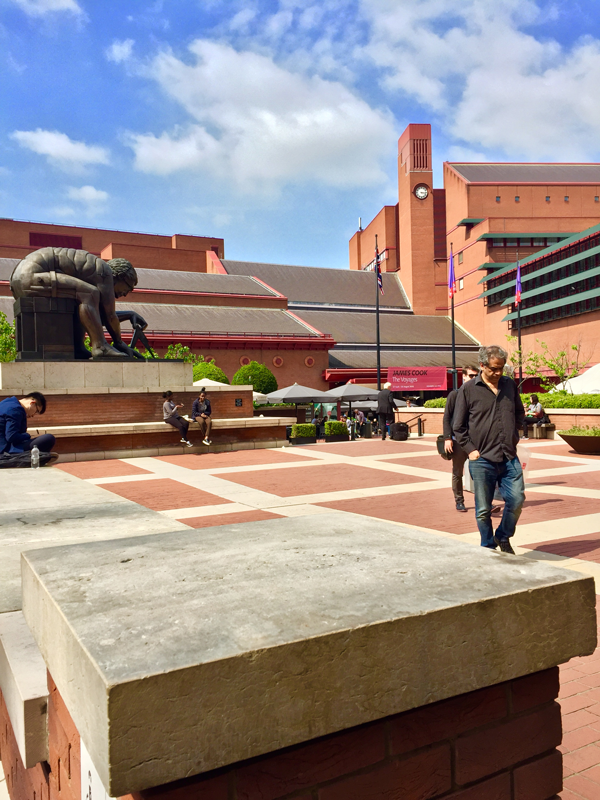 To have the inside insight of what it is like working at the British Library, Partha Bhaumik, Chevening British Library Fellow 2017/2018 from India shared his experiences using the collections at the Library while doing his fellowship research.

‘The British Library has an abundant collection of publications and materials which could be a huge problem for readers and researchers who get distracted with interesting literature while doing their research,’ Partha lightly shared. 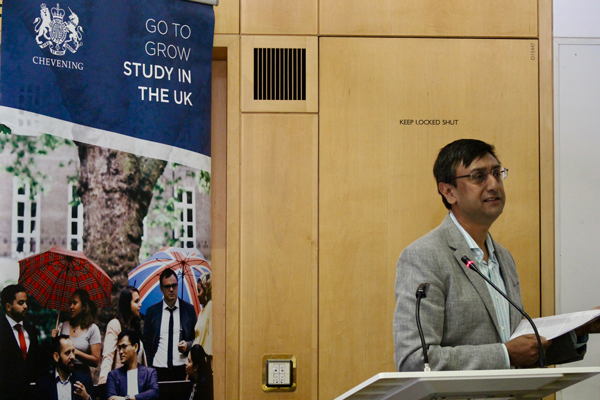 Scholars then had a chance to listen to Philip Leverhulme Prize Winner Dr Santanu Das on his talk titled: ‘The Colour of Memory: The Great War and World Literature.

Professor Das, a Reader in English Literature at King’s College London (KCL) shared memories and stories from the First World War through songs, poems, and prayers, and other literary pieces made during the war.

He challenged the scholars to expand their literary perspective to further understand the world of literature by describing the difference between being literate and being literary.

‘War is not just about battles, but also, about sharing different cultures, including literature,’ Professor Das said to the scholars.

A Q&A followed the talk where one of the scholars asked about the impact of literature on The Great War. After which, scholars had a private tour around the British Library, including a visit to the Asian and African Studies Reading Room, dubbed as the most beautiful reading room in the Library. 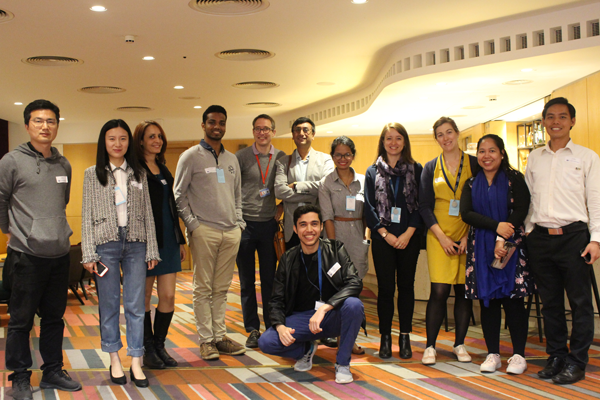 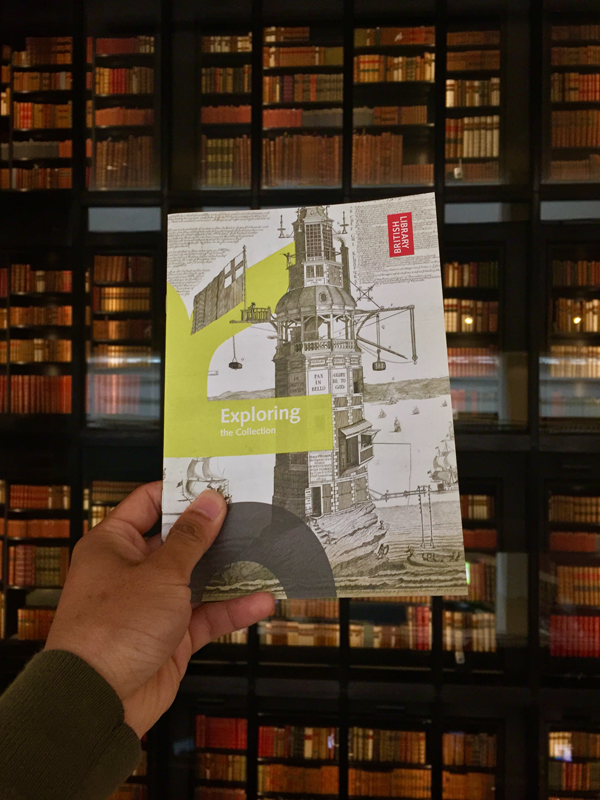 The event not only provided scholars with knowledge about the importance and influence of literature to humankind, but also, gave them a chance to find a niche for scholarly activities.