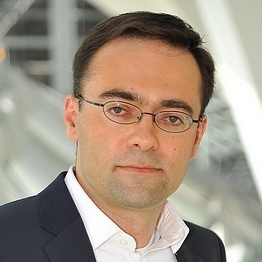 Supporting Britain’s public diplomacy efforts, Chevening is the UK government’s international scholarship scheme that offers a life-long experience, and it is hugely transformational, exposing scholars to as many facets of UK life and culture as possible, and providing platforms and opportunities for scholars to network, facilitating the formation of strong life-long connections with both the UK and with each other.

The great diversity of Central and Eastern Europe is also reflected in local Chevening activities. Some countries (e.g. Albania, Serbia, and Ukraine) are still eligible for scholarships, while others (e.g. Austria, Hungary, and Poland) no longer participate in the current scholarship schemes. All countries, however, have one important common characteristic: whenever Chevening Alumni meet, they highly enjoy spending time with each other, and therefore local alumni communities are becoming more active every year.

The increasing role of Chevening Alumni networks in local decision-making and leadership raises the need for sharing best practice for further local alumni community development, as well as for formulating strategies in order to achieve synergies from regional cooperation between both alumni associations and British embassies.

The recent regional conference “Strengthening Chevening Alumni capacity in Central and Southeast Europe: connecting regions”, organised by Chevening Alumni Croatia in Zagreb and Opatija between the 1 and 4 October 2015, was an excellent opportunity for local leadership teams from 12 countries to share their best practices and debate future strategies.

Regular local alumni events are essential for community building. It was amazing to see that most of the 12 countries are very active in organising networking events. Following Chevening traditions, the Polish alumni community even established their own scholarship scheme to fund talented Polish students, especially those who are coming from low-income families.

Pioneers in regional networking are the Hungarian alumni. They launched their knowledge sharing initiative “Chevening Alumni for Innovation and Competitiveness in the V4 Countries (Czech Republic, Hungary, Poland and Slovakia)” between 2013 and 2015, targeting 800 Chevening Alumni. Along with Czech, Slovak and Polish alumni associations, regional professional networking was initiated across five industry sectors, contributing also to increased V4 cooperation, while finding answers to current V4 and EU integration challenges, such as how can V4 countries become more competitive, or how should they increase regional innovation activities.

The common challenges of several neighboring countries and the common strategic priorities of regions call for increased international cooperation in Central and Eastern Europe. The UK Government also welcomes this. A great example was the V4 + UK summit, initiated by the Hungarian V4 presidency, when Czech Republic, Hungary, Slovakia and Poland were able to define common strategic interests with UK concerning several European challenges.

Chevening Alumni in Central and Eastern Europe are able to take the leadership role in regional competitiveness and international cooperation. The only challenge in achieving this is to find the right opportunities for busy local decision-makers to connect with each other on a regional level, to spend enough time with each other in order to build trust, and engage in joint ways forward.

The great support of British Embassies in Budapest and Zagreb in facilitating the regional alumni networking is exemplary. The lessons learned from the first initiatives are worth spreading across the region.

A good start, however, always raises more questions: what should be the next steps for Chevening Alumni in order to achieve Central and Eastern European leadership in strategic issues; what roadmap should alumni associations and local British embassies follow. A special workshop also addressed these questions at the recent Chevening Alumni conference in Zagreb.

The good news is that the strong foundations are all there. Hundreds of well-educated and motivated local leaders have a common, not only educational, but also cultural background due to the Chevening experience. They are well connected locally and they are also in touch with local British embassies.

I believe we don’t really need to do much more, just continue focusing on our recent initiatives:

I’m confident that the international leadership role of Chevening Alumni will result in increasing the competitiveness of the whole Central and Eastern European region. A strong cooperation with British embassies and a clear roadmap would not only serve UK public diplomacy priorities, but also engage alumni along a common regional strategy.