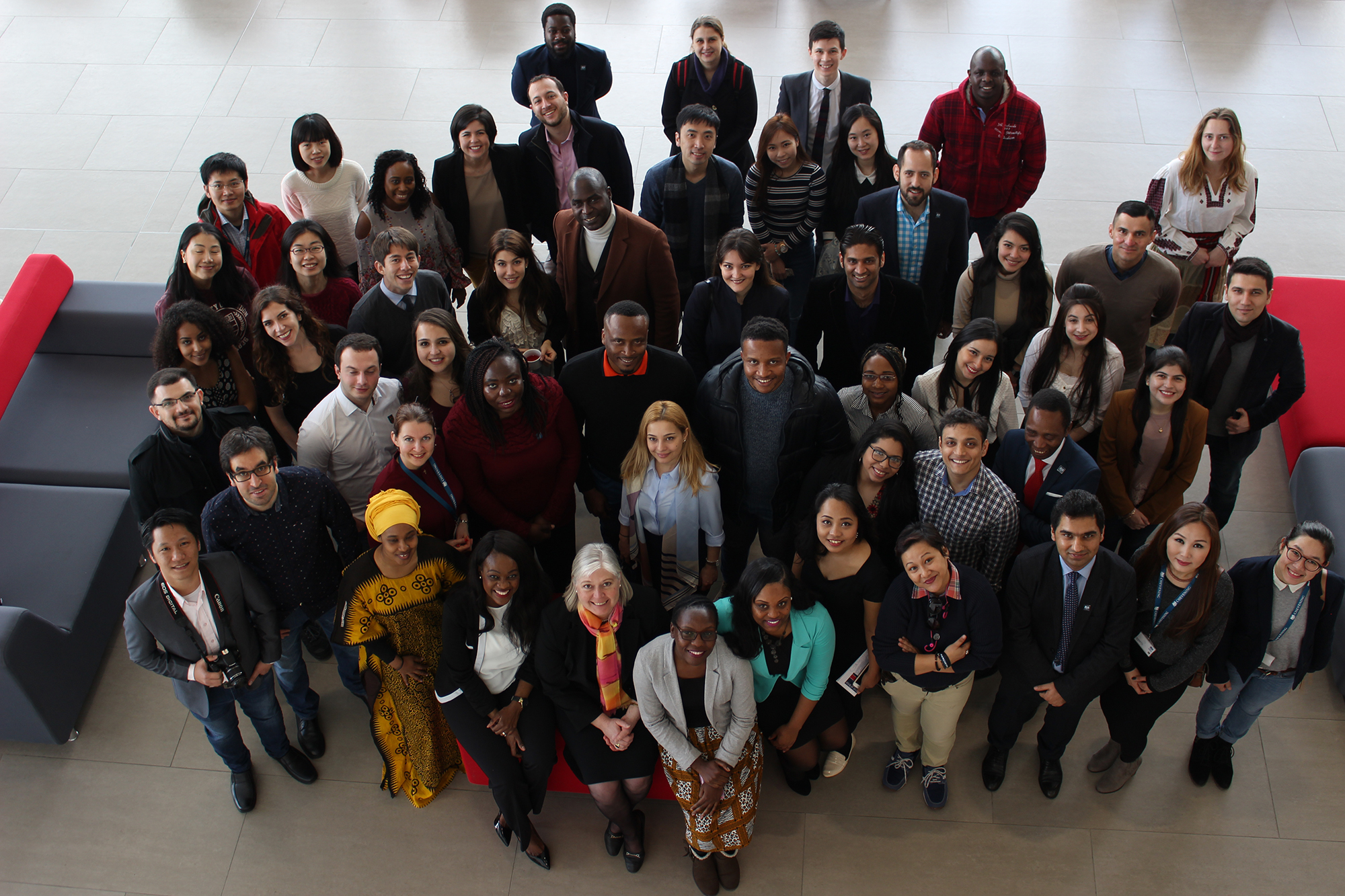 On Tuesday, 21 March, we went for an amazing and inspiring day in Cardiff, the capital of Wales, and one of the countries that’s part of the United Kingdom. Cardiff, the city of the red dragon (as appears in it’s flag), is remarkably important as it holds a very strong cultural heritage which makes it not only a beautiful city, but also a very interesting place for history.

We met early in the morning at Cardiff University. Every time I attend a Chevening event, I always feel welcome by my Chevening family. Especially as each event is in a new place and therefore I’m always finding myself in new surroundings, it’s always comforting to knowing that I’ll see the familiar faces of my fellow Cheveners. Even the scholars I don’t know are always keen and open to meet everyone. We had refreshments while we began speaking and introducing ourselves to everyone, even at this early stage, I could already tell that the day ahead was going to be memorable. 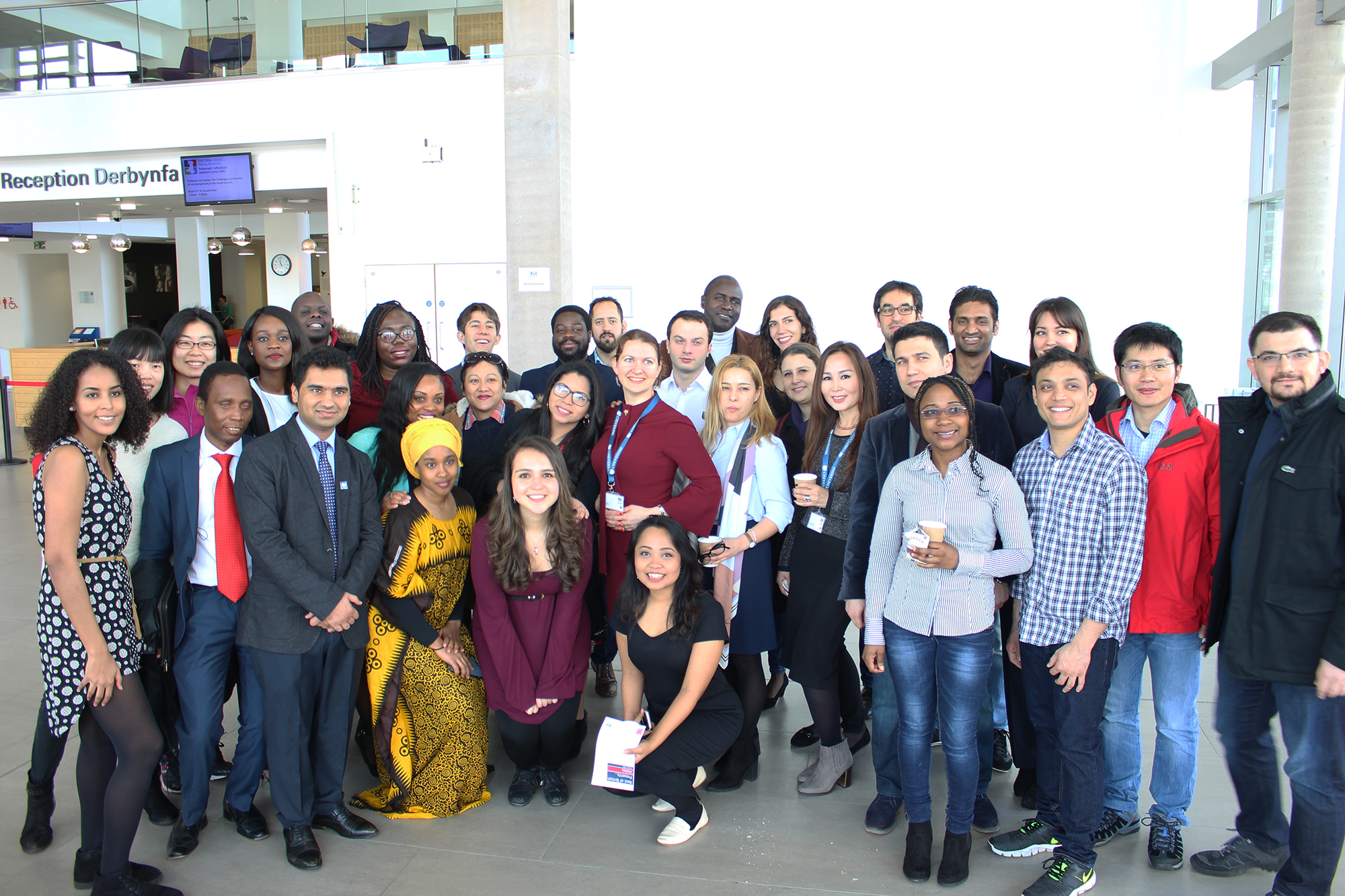 We took a group picture with Professor Nora de Leeuw, who is the Pro Vice-chancellor of Cardiff University, and afterwards she welcomed us to the university, emphasizing in the importance of the relationship between the University with Chevening Scholarships and to the formation and education of future leaders.

Afterwards, we attended a Welsh language lecture by Professor Sioned Davies, Chair of Welsh and Head of School in the University. She walked us through the alphabet and a little bit of history. Welsh is one of the official languages in Wales and is the Brittonic branch of the Celtic languages. We tried (very hard) to recreate all the sounds that we were being taught, but (honestly) they were very tough! However difficult to learn, we had an informative morning with lots of laughs whilst getting to see the other scholars trying hard to pronounce welsh words.

After lunch, we attended a talk by Professor Roger Solly, Director of the Wales Governance Centre of Cardiff University, who provided us with an insight into contemporary welsh politics and about how Wales was ruled (the formation of the National Assembly who have a semi-independent role from the English parliament) and its relationship with the rest of the United Kingdom. This talk was a great precursor to our visit to the Welsh National Assembly.

The National Assembly is located in a beautiful building in Cardiff Bay. We were taken inside and our guide described the types of matters decided there and the influence of the English parliament on the National Assembly.  After the tour in the building, we got to see a plenary session which was hold on welsh (and despite all the efforts of Professor Davies, we couldn’t understand it!), however it was not a problem as they had live translation for us to listen to the debate. 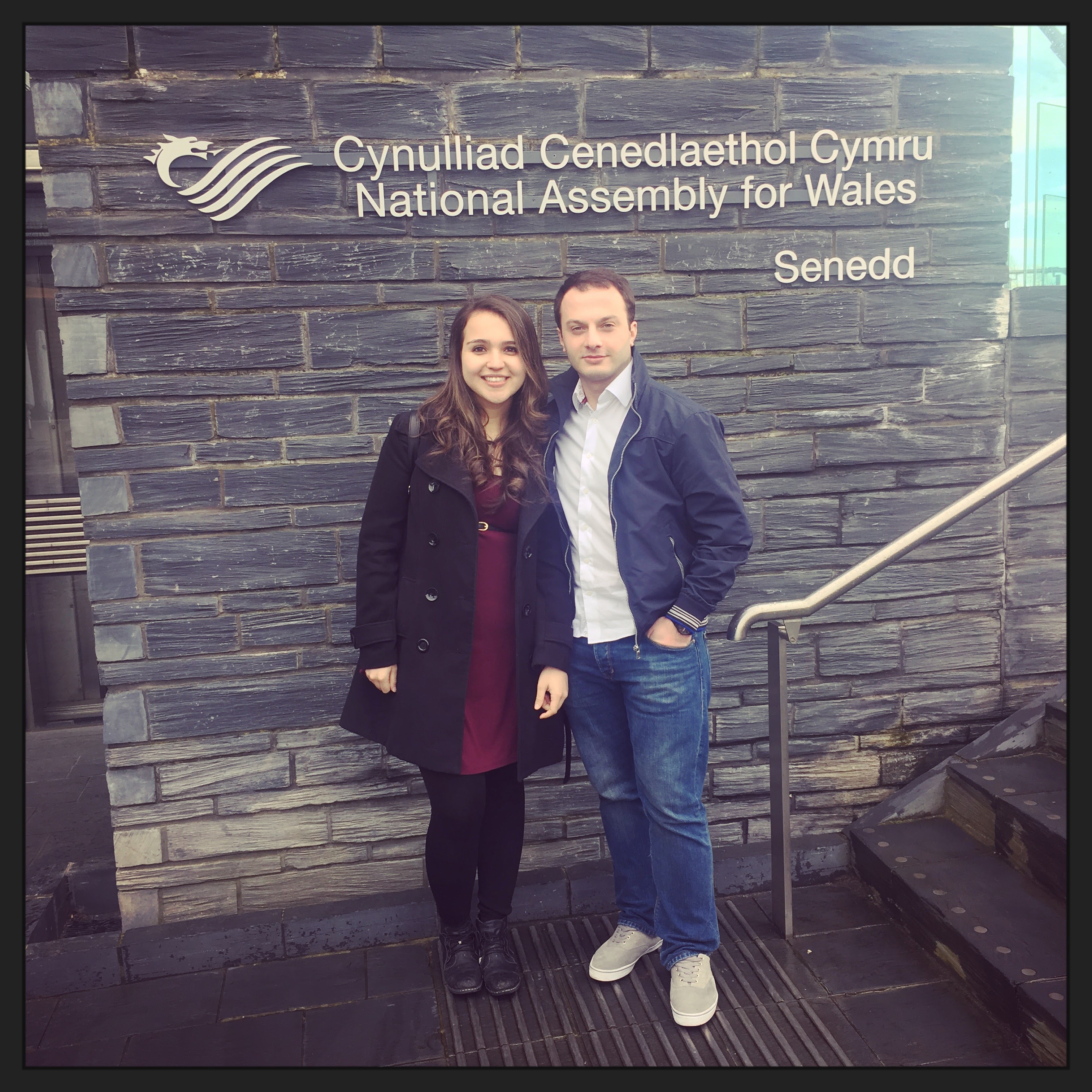 The day was rounded off with a trip to Portland House for refreshments and a chance to network with our fellow Cheveners. By the end of the day, we were even closer than in the morning and my prior warm feelings towards my Chevening network, were only intensified. Seeing the whole group of scholars speaking about Welsh politics, development, and the country’s relationships makes me realise the importance of education and how Chevening Scholars can get ideas for their own countries by seeing the system of government here in Britain.