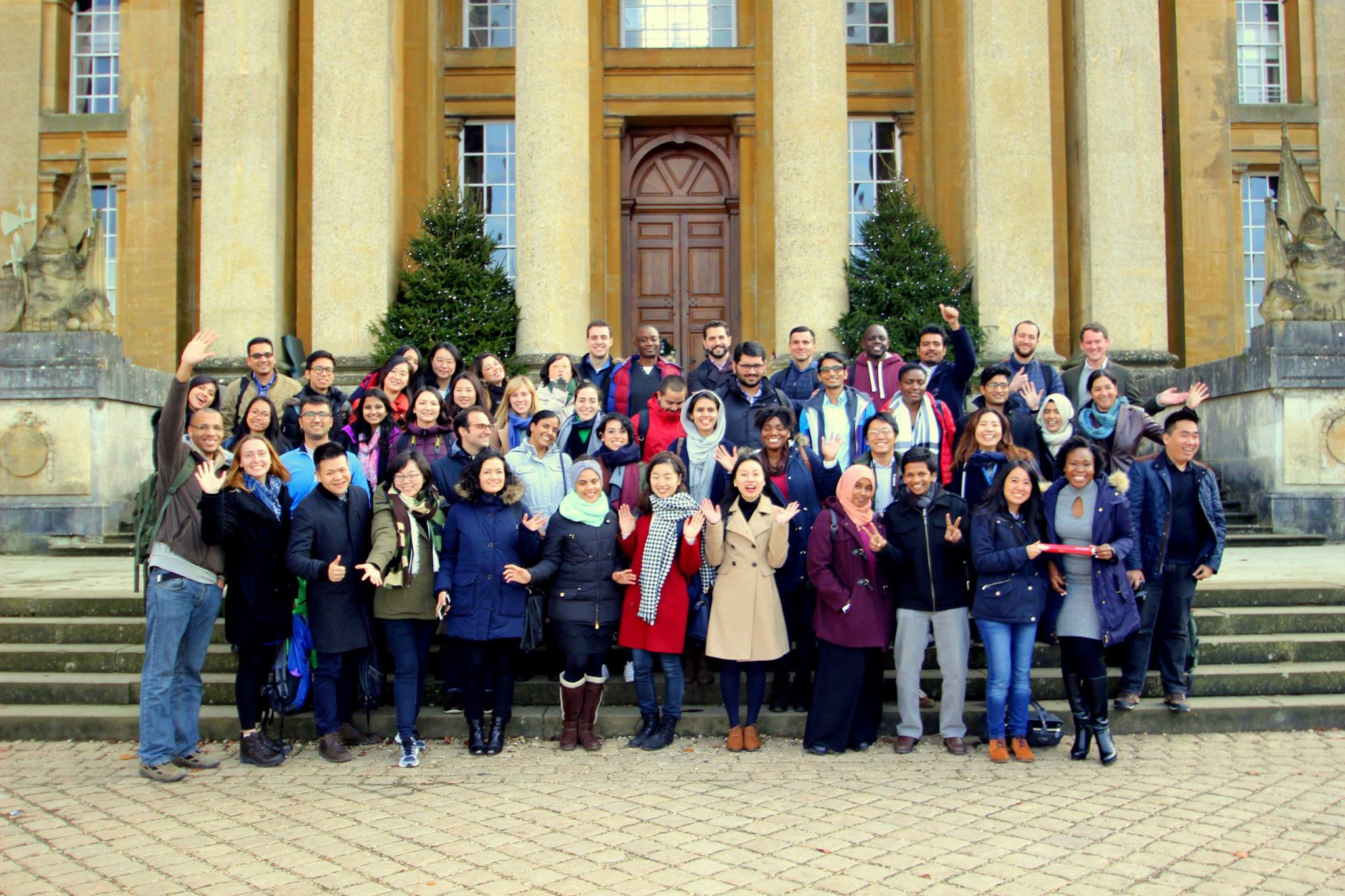 Best of British: A trip to Blenheim Palace 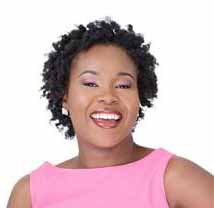 On Wednesday, 23 November, a number of Chevening Scholars met up in Oxford, to visit the majestic Blenheim Palace. Blenheim, a UNESCO World Heritage Site, was the birthplace of renowned British Prime Minister, Winston Churchill.

As the bus drove onto and over the 2000-acre property, there was a gasp as the scholars collectively took in the sheer beauty of the palatial gardens and lake. Phones and professional cameras alike were immediately whipped out, as many of us tried to seize the opportunity to capture the splendour. Once off the bus, we were then split into two groups, led by two wonderfully knowledgeable tour guides who gave a detailed history of the property.

Built between 1705 and 1722, Blenheim Palace was commissioned to reward and honour the first Duke of Marlborough, John Churchill, for leading England to victory in the Battle of Blenheim, during the War of Spanish Succession. The palace holds ten tapestries, woven over eight years which are so detailed they are often mistaken for paintings. The tapestries hold detailed recollections of scenes from the victories lead by the 1st Duke of Marlborough, and the ensuing celebrations.  The palace is still the principal residence of the current Duke of Marlborough and his family. Within its walls lie the intertwined story of the Churchills, the Vanderbilt family, and the Spencers. It is notable that the Churchill family was the first to have a daughter succeed the Duke. This involved a special act of English parliament in 1706 to allow the 1st Duke’s daughter, Henrietta, to inherit his English titles and become Duchess.  The 1st Duke’s sons had died earlier.

Over the years, Blenheim Palace has been used for more than just entertaining. It was once used to house a branch of the British secret service, MI5 and as a convalescence hospital for wounded soldiers during the First World War.

When we visited, the property was adorned with beautiful Christmas decorations. Additionally, there was a bold, thought-provoking exhibition by artist Michelangelo Pistoletto alongside a collection of priceless Meissen china. The fascinating artwork, ceilings with 24 carat gold, and a rich history make Blenheim Palace a fascinating place. The gardens in particular left me speechless. Being aware of the great work and legacy of former British Prime Minister Winston Churchill, one felt an air of great respect visiting the place where he was born.

Today was lovely! Blenheim Palace is beautiful inside and out! It’s where Winston Churchill was born. #cheveningsma

The tour of Blenheim Palace featured an exhibit chronicling the life and legacy of Sir Winston Leonard Spencer-Churchill. Churchill was twice Prime Minister of Britain; first from 1940 to 1945, and then again from 1951 to 1955. Popular quotes from Churchill are showcased in the exhibit, including one where he said: ‘At Blenheim, I took two very important decisions: to be born and to marry.’ Churchill proposed to Clementine at Blenheim Palace, and she would be his wife for 56 years thereafter.

After the exhibits, all the scholars sat down for tea. It was a great time to connect with future leaders from different parts of the world. The tea and fresh scones were scrumptious. Many of us, though, were still left with the question of whether the cream or the jam goes first. Either way, we could all agree that it is tasty!

The day ended with scholars networking as they toured the grounds and captured the sunset at beautiful Blenheim. 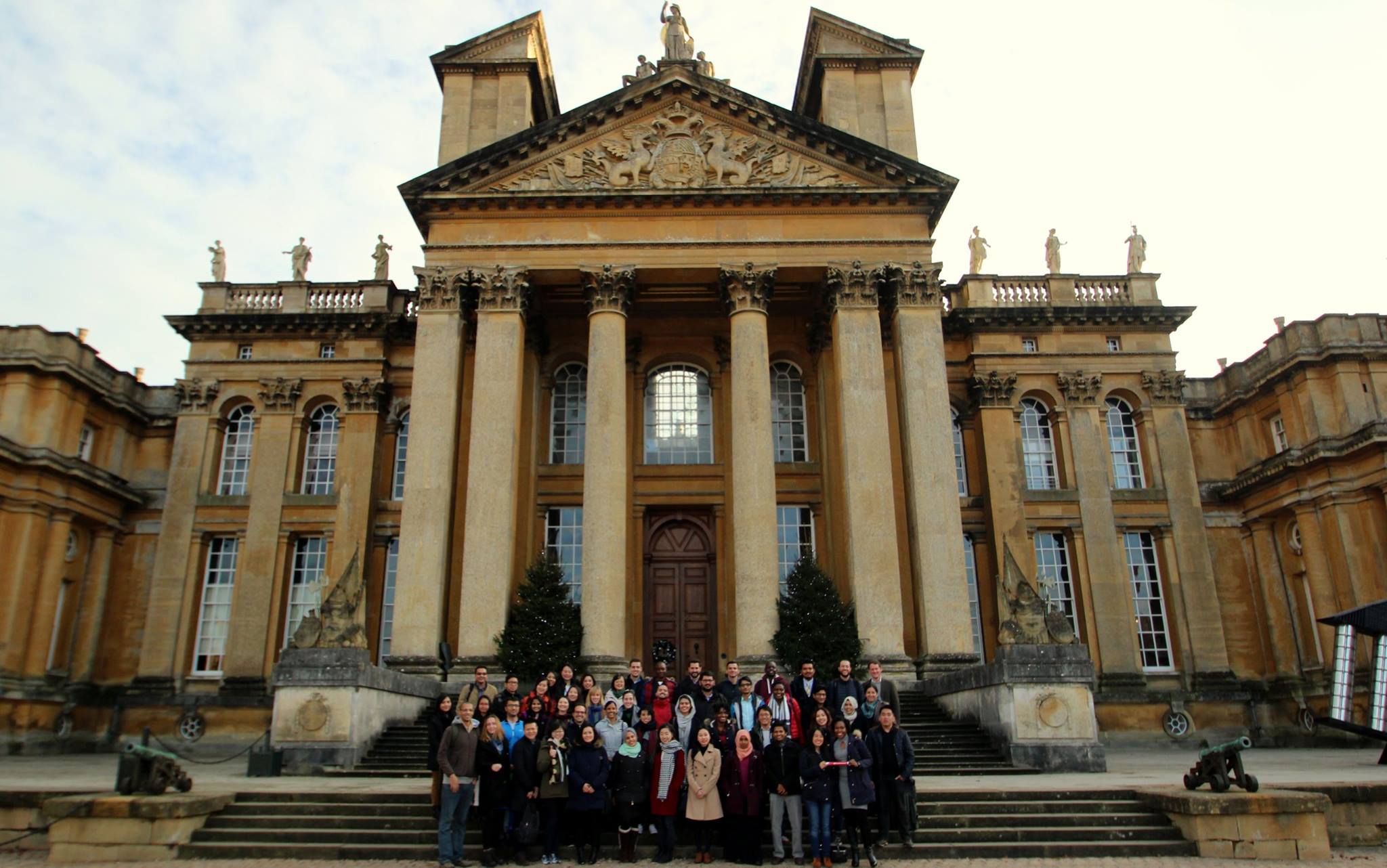